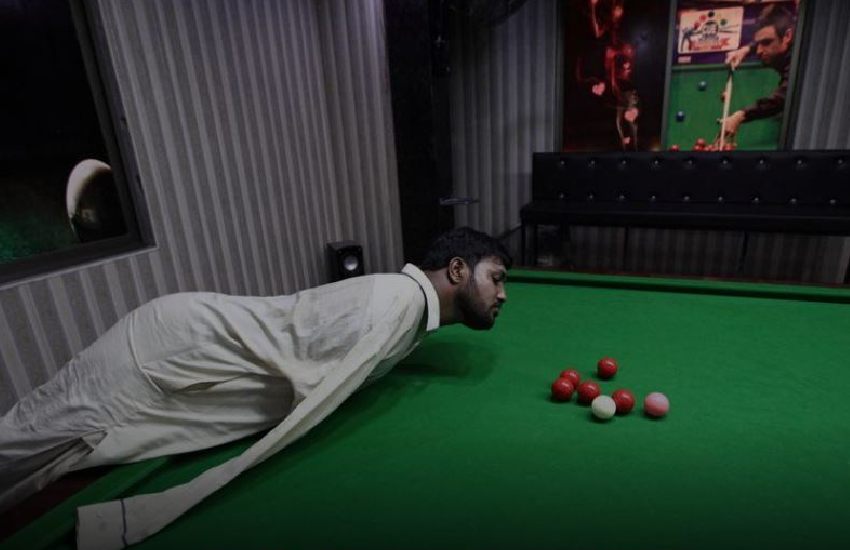 Muhammad Ikram, 32, takes aim, flexes his neck and strikes with his chin, sending the cue ball across the table and sinking his shot in a corner pocket. Born without arms, Ikram has nevertheless mastered the game of snooker.

In Samundri, a dusty, rural town in Punjab province, Ikram has spent eight years pushing a cue ball around with his chin, and now he can take on anyone. “I have met very good snooker players who tell me I am a real genius, and that I can bring great fame to Pakistan,” Ikram told Reuters Television.

One of nine born into a poor family, Ikram was uneducated and deprived as a child. His main pastime was watching people play snooker, a game no one dreamed he could ever play. He does not remember how the idea struck him, but somewhere along the line, he started practising in secret.

“He would eagerly watch the other boys play. He would keep wishing he also had arms so he could play like them,” said his mother, Razia Bibi. “Then he started using his chin.” Mian Usman Ahmed, co-owner of Cuemaster Snooker Club, says Ikram has won several prizes in local tournaments over the past two years.

“He would come to the club and ask that he be allowed to play. We would look at his arms and feel he was unable to,” Ahmed said. “He insisted we allow him to ... prove himself. When he did that, we saw he was actually very good.” Ikram says people appreciate his undaunted spirit, and some eateries allow him to eat for free, with waiters volunteering to spoon-feed him.

“God has not given me arms, but He has given me courage. And I have used that spirit to fulfil my ambition. So, no one should lose hope,” Ikram said when asked what he would say to others with disabilities. He hopes one day, with government help, to play at the international level.

Pakistan has 3.3 million people with disabilities, according to official figures, although other surveys put the number as high as nearly 13% of a population of about 210 million.

Lounging during the lockdown