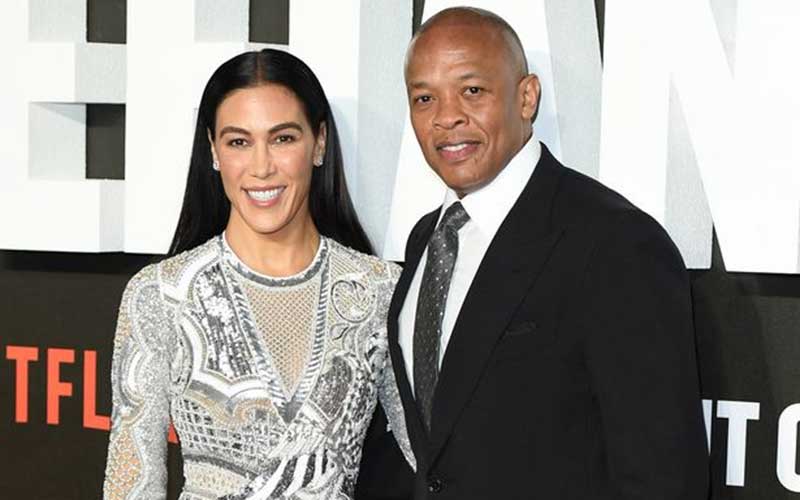 Dr Dre’s estranged wife Nicole Young has claimed she suffered years of abuse from the music mogul. Nicole Young, 51, details several instances of alleged abuse from the musician, 55, claiming he "held a gun to my head" twice during their 24-year marriage. Nicole's claims come after Dr Dre declared last week that "at no time did I abuse Nicole or threaten her physical safety," during their marriage. Dr Dre - whose real name is Andre Romelle Young - is currently in hospital as he recovers from his life-threatening brain aneurism.

On top of that, Nicole alleged other instances of abuse throughout their marriage.

"Andre has verbally and emotionally decimated my personhood to the extent that I currently suffer from post-traumatic stress syndrome," she said in the documents, filed to the Superior Court of California. However despite his firm stance, Nicole has blasted his statement as a "blatant lie", according to court docs.

"Andre blatantly lies to this Court when he states that 'at no time did I abuse Nicole or threaten her physical safety... at no time were the police ever called during our marriage'. I have explained in excruciating and painful detail the abuse that Andre has perpetrated against me over our more than 25-year relationship," she said.

"Andre kicked down the door to a bedroom in which I was hiding from his rage in 2016. Andre has verbally and emotionally decimated my personhood to the extent that I currently suffer from post-traumatic stress syndrome."

She continued: "Andre conspicuously omits the fact that the police were called in approximately September 1995, shortly before our marriage, after he slammed me up against a wall and lifted me off the floor by my neck. During our marriage, I considered calling the police several times but, as I fell deeper into the abusive relationship, my fear of Andre outweighed any confidence I had that the police could help me."

Dr Dre last week claimed there is no documentary evidence of his abuse of Nicole, however she has an opposing opinion.

"First, there is documentary evidence of his abuse which has been produced," she said.

"Second, I have also offered extensive and painful testimony about Andre's relentless campaign of abuse and control over me for more than half my life."