Mungu mpe nguvu! Photos of the young family Pilot Agunda has left behind

Has my child been suffering from maggot infestation for six years?

IVF gender selection and the ethics behind it 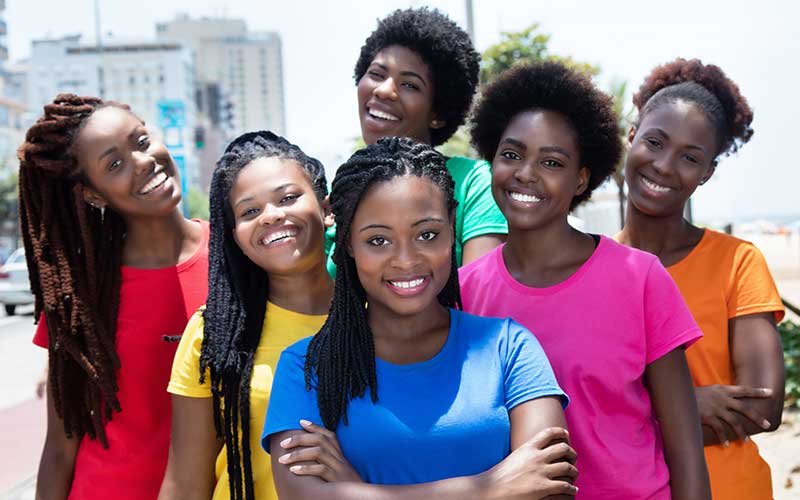 Nobody has higher standards like a jobless woman in her 20s.

“I gotta leave,” I told my fellow revellers (two guys and the four young women in their company) about a month ago. My friends had hoped I would help myself with one of the girls without male company that night.

“Why so early?” asked one of the girls who had developed some interest in me - I can be a charmer on a random Saturday evening, especially if some poison is oiling my nerves.

“I need to catch a matatu before they call it a day. I live in a funny neighbourhood,” I said with a straight face.

“Aaah! That is near, si you can take an Uber?” she asked me with a sneer before adding, “it is so cheap!”

An Uber to my place from town is at least Sh500. To unemployed young Nairobi girls, that is ‘so cheap.’ To a jobless father of one, that is the price of two kilos of sugar or four kilos of maize flour. A late-night matatu home is just Sh50.

Two weeks later, a similar conversation took place when I excused myself to leave the club earlier for the same reason. I attracted the classic sneer Nairobian women reserve for stingy and poor lads like me.

“Stay and use Uber, come on, don’t be such a party pooper!” she exclaimed. Something about her attitude ticked me off.

READ ALSO: Dude’s Den- Four women you shouldn’t sit next to in a matatu

I’m tired of these clueless 20-something Nairobi girls. They have unrealistic expectations of men. Uber is a luxury for someone burdened by taxes. Women are totally oblivious of the economic shocks of inflation and how it affects mature people like us who are not peddling drugs or stealing from the government.

I have said it here before that ever since sponsors, government thieves, county government nouveau riche and Nigerian drug pushers infiltrated the Nairobian dating scene, things have never been the same for ordinary Joes like me.

You meet a 22-year-old with a phone whose cost can cater for your rent for 6 months at your Umoja flat; and on the first date, she picks the priciest item on the menu. I once visited this woman who had made me think that she is a granddaughter of the Kenyattas. You know what she had for a table? I was served sukuma wiki on a black water drum. It was humbling.

Have you ever invited a woman for lunch at one of the mid-level restaurants in town that serve pretty decent meals, and she sneered at the food? They would always cite some silly reason, with ‘I don’t like the crowd’ topping the list of excuses. Rarely do they turn down an offer to meet at Java or any restaurant that is considered upmarket. Certain joints are not Instagram-friendly, thus they are blacklisted mentally by most young girls.

Most men know this silly game women play in clubs. You walk into a club and a girl is having a sugar-laden soft drink. When you offer her something, she switches to the most expensive cocktail on the menu, and you wonder why she didn’t buy the cocktail for herself first.

We know of women who can’t date men of certain ‘class’ because they live on the East side of town, do not drive or don’t party in desirable parts of town. They drop so many potential husband-material guys in their myopic chase of utopia, always running after elusive eligible bachelors who can’t be pinned down.

Humble girls often finish first. They know how to live life realistically, and can be pragmatic. They know a good man when they see one in their 20s. But the proud-for-nothing chicks party all through their 20s, dating bad boys who break their hearts and leave trails of destruction and illegitimate children to boot. They wake up in their 30s and wonder where the years went.

If you are a woman aged 24-28 years who wants to party until kingdom come, just know that finding a husband in your 30s is doubly difficult. These girls should seek the advice of some of the single mothers in this city. That would probably inspire them to be more responsible.

A treat for the Fenty-hearted: Summer release keeping up with the power of youth

You are my favorite couple - Sepetu tells Rotimi, Mdee in sweet birthday post

'We pleaded with God...' Julie Gichuru on losing her son, David

Why bid to oust Ngilu failed

How 10-month break will hurt children

Why we left Wawesh - Nadra Music open up. Wawesh responds!

The new marriage status in Kenya and how it works

Me? Sacrifice a friend? Wakimani speaks up after Ayeiya's family accused him of killing him

Mungu mpe nguvu! Photos of the young family Pilot Agunda has left behind