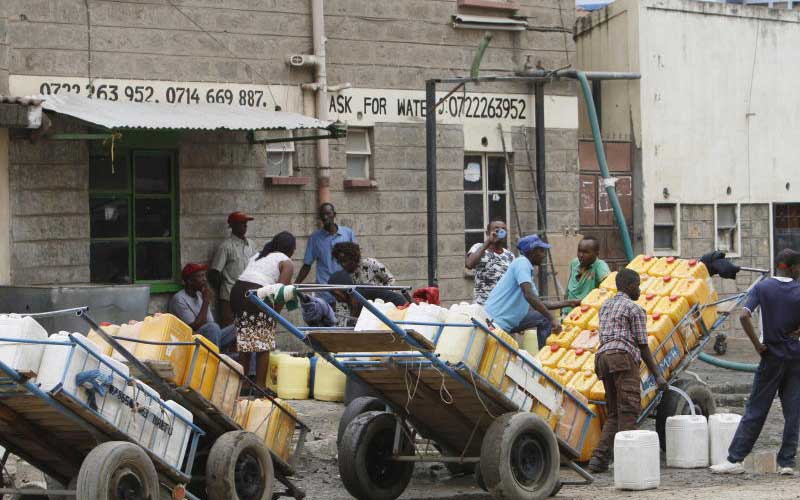 Donholm estate is the oldest amongst the Eastlands lower-middle-income estates such as Umoja, Kayole, Greenfields, Savannah, Buru Buru and Tennah on Outering Road. It was founded by James Kerr Watson, a white settler who christened Donholm in the early 1900s. It was initially a 4,600-acre farm in the 1900s and stretched from City Stadium to where Donholm estate sits today. It was in Donholm that Kenya’s first cattle dip was constructed and an experiment against East Coast Fever done. It was the area where the first breeds of Ayrshire cows, named after Watson’s birthplace, Ayr, were first bred in East Africa, earning Watson many trophies, including a prestigious Gold Cup from the East Africa Standard.

Less than a decade ago, it was a prestigious estate by Eastlands standards, better than Umoja, Kayole and Komarock. However, the estate’s glamour is gone. While the initial mansionettes were in paved complexes with flower beds, the recent construction boom has seen flats and apartments take much of the space in the area, some as high as six floors, ruining the erstwhile quiet and serene beauty of the estate.

Every conceivable empty place has now been converted into a market with all the hassle expected of a bustling trading centre. Churches with loudspeakers hold crusades right at the centre of the estate. Besides churches, bars and restaurants are also mushrooming in every corner. The estate is degenerating into a concrete slum. Homeowners in the old estate, most of them retired, still pay land rates of up to Sh14,000, yet basic services like street lights no longer exist. The drainage is now blocked, leading to flooding of houses and roads.

In some parts of Donholm, cases of tap water getting mixed with sewage are common, while some parts have no water at all. Hawkers and dozens of cheap eateries have taken over the roadsides. The estate now borders the sprawling Mukuru slums.

Watson is said to have been one of the few architects and contractors, who had a passion for building roads and houses to make Nairobi a unique city. He is the man who laid the foundation for Nairobi’s Kenyatta Avenue, then Delamere Avenue.