'...you have already lost your child,' Nyashinski open up about fatherhood mistakes

Strict protocols as schools are set to re-open

DJ Mo narrates how Antoneosoul helped him while wooing Size 8 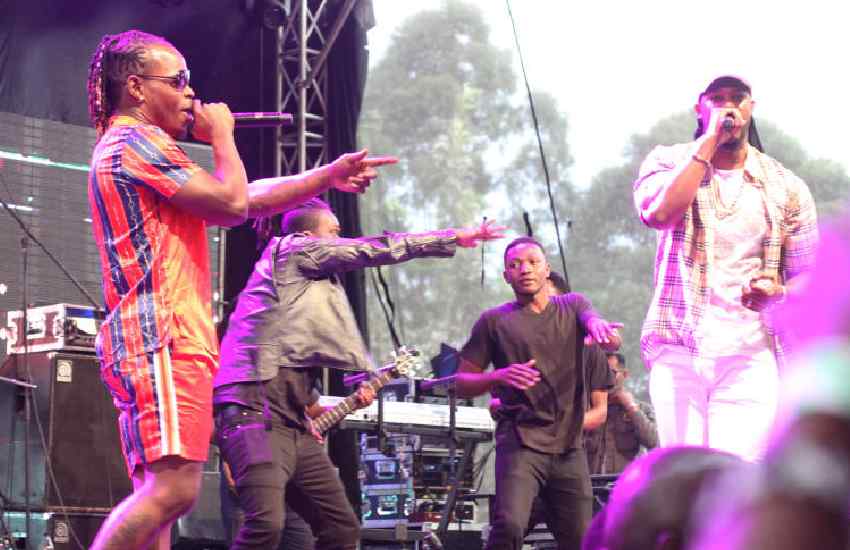 Unprecedented times have led us into changing our livelihood but what remains clear is music, which keeps uniting, connecting and spreading messages of hope and encouragement across the world; Pulse samples some of the concerts that ushered us into the month of May.

A moment with met

Historically, the first Monday in the month of May marks the biggest night in the world of fashion, as far as red carpet events are concerned. This year, however, the annual Met Gala was streamed live on YouTube due to the ongoing coronavirus pandemic. The annual themed event whose proceeds traditionally benefit the less fortunate has been a success throughout the years.

To celebrate it, the live-streamed event on Monday saw an address from the Vogue Editor-in-Chief Anna Wintour as she and others reminisced on the past years.

This year’s theme was ‘About Time: Fashion and Duration’. Celebrities who have previously graced this event include Beyoncé, Rihanna and Blake Lively who have turned heads with their gorgeous outfits, year in year out.

Crystal Asige will today host her fans to a pre-release live event ahead of a full music video release tomorrow. The former Sol Generation’s singer and songwriter wowed fans with her melodious voice in the hit song, Extravaganza. Crystal who is also a writer, producer, YouTuber and VIP ambassador live videos will be on at 8pm and midday respectively.

This will be Crystal’s first musical appearance after announcing that she had part ways with Sol Generation, a group that features award-winning boy band Sauti Sol, Nviiri The Storyteller as well as Kaskazini.

The concert, which was scheduled to take place in Cape Town, South Africa, featured performances and recorded messages from artistes in the comfort of their homes. The live concert also gave highlights from the previous eight successful concerts that have so far taken place.

Grammy award-winner Marcus Miller said that music has the ability to unite, connect and inspire people with hope in these crazy times.

Kumbe wamesoma? Here are courses politicians kids have graduated from

Men only: Women are attracted to money, power, fame

Tulijua ni kiki mnatafta! Fans react to Jowie and his wife Ella's video of them in bed