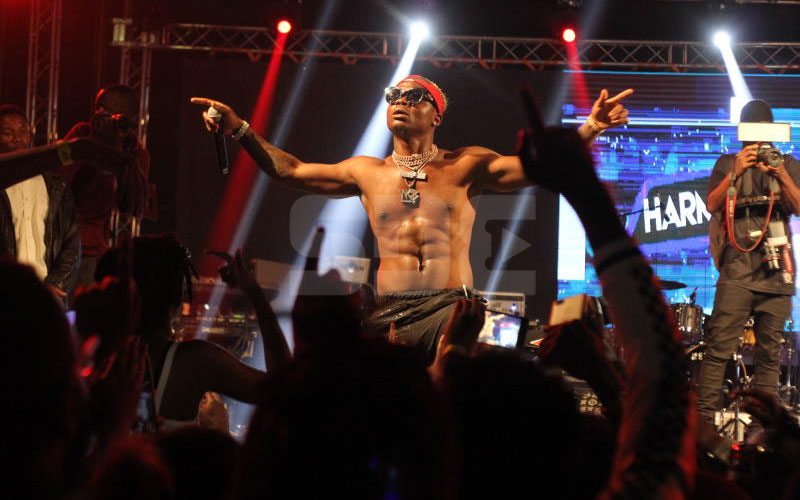 Rajab Abdul alias Harmonize has responded to claims that he made false promises to several institutions. Konde Boy, as he’s popularly known, was accused of pledging hot air to different schools and hospitals during a recent tour of his hometown of Mtwara.

After allegedly going silent on his pledges, netizens accused him of lying and not living up to his word. The allegations prompted the Konde Music Worldwide founder to speak out through his manager, Beauty Mmaryy alias Mjerumani. Refuting claims that her artist had made false promises, Mjerumani said that she came across the allegations on social media. According to the manager, they had a work emergency soon after pledging hence, left Harmonize’s donations for government officials to distribute.

“We had an emergency and later, people assumed we hadn’t handed out the donations because we didn’t share photos of the exercise,” she said adding that Harmonize’s donations had reached those they were intended for.

“The people complaining are on the internet yet they know nothing of the initiative. Those on the ground are not complaining,” she said.

Calls to vie for MP

Harmonize is so popular in his hometown that residents once asked him to vie for the Member of Parliament seat.

“He's made our region popular. We would like him to vie for MP as we believe he will represent us well and highlight our problems,” a resident said at the time.

The sentiments were echoed by President John Magufuli.

“I congratulate Harmonize. I don't know which constituency he hails from. Tandahimba? Who's the area MP? I would really like Harmonize to vie for the Tandahimba MP seat,” Magufuli said seven months ago.

“I'm not thinking of joining politics. Instead, I want to take our music further,” Harmonize responded.

After an alleged fallout with Wasafi Classic Baby’s Diamond Platnumz, Harmonize exited the record label and weathered several storms to establish his label, Konde Music Worldwide which has one signed musician, Ibraah.

READ ALSO: Harmonize punched in the face by daring fan

First, was the Sh22 million cost of terminating his contract with WCB who owned rights to all the songs he did under them. This meant Harmonize couldn’t perform or make money from any of the aforementioned songs till her finished paying off the money. The singer admitted to initially selling off part of his investments to offset a portion of the money and seven months ago, he announced settling the whole amount.

Then there was the pulling down of his Uno song from YouTube following a copyright claim by top Kenyan producer Magix Enga.

Not long after, veteran singer Mr Nice accused him of sampling his 2006 hit King'asti without consent. Saying that he was ‘hurting’ because of Harmonize’s action, the Fagilia hitmaker asked Konde Boy to simply reach out to him.