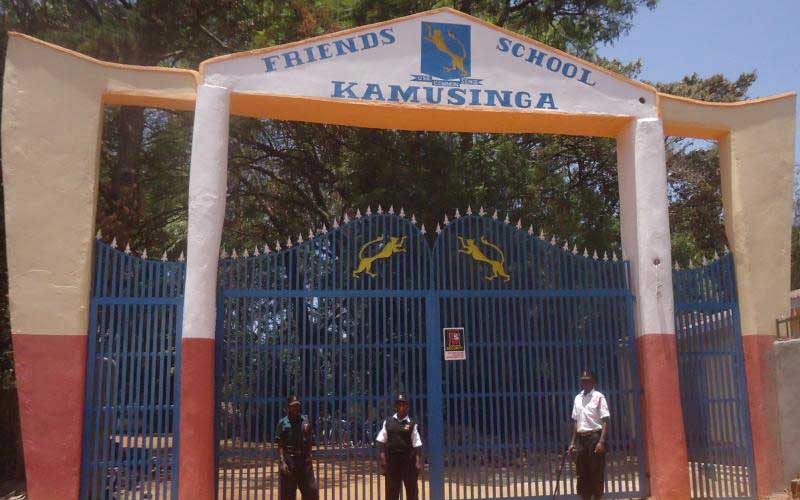 Friends School Kamusinga. This academic and sporting giant is located less than two kilometres from the Kimilili Sub-County headquarters in Bungoma County. The school was founded in 1956, but elevated to a national school in 2011. ‘FSK,’ as it is nicknamed, lifted the national secondary games hockey trophy a record 11 times, besides bagging three East Africa regional hockey titles. All former FSK students recall their simple, yet catchy school motto: ‘Use Common Sense,’ which still guides many, long after clearing studies.

Those who left from 2002 remember the compulsory use of full cutlery set - fork, spoon and knife - during meals, which was resisted by shagz-modos, but most are now grateful as it accounts for their refined etiquette.  An unwritten rule stipulated that students run to save time for studies, but they were not to run to the dining hall!

Journalists Anthony Ndiema, Paul Wafula and Nicholas Mudimba all wore beige shirts (which have now been changed to white), grey trousers and sweaters.