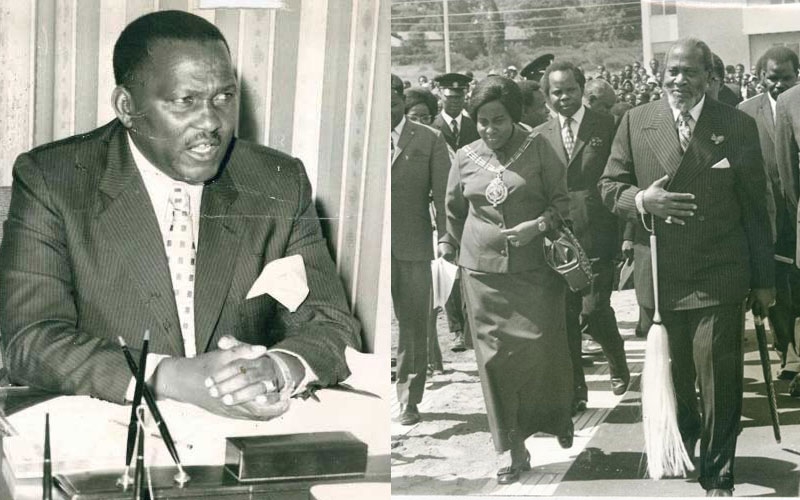 Ngei was part of the famous 'Kapenguria Six' alongside Jomo Kenyatta in Lokitaung Prison which Ngei called the "St Lucifer's Monastery of Lokitaung" as there were no "women, alcohol and cigarettes" Jeremy Murray-Brown informs us in, Kenyatta, the eponymous bio of 1973.

Ngei at one time wrote love letters to Kenyatta's daughter, Margaret in "flowery and passionate language full of neat Kiswahili phrases" while they were in prison writes Murray-Brown, adding that Jomo got Ngei's letters by mistake and turning to him exclaimed: "Hi, what are you going to say now. I've caught you, ehee! You've kept mum for a long time and you are a son-in-law... and never said a thing, hey?"

Ngei was also adversely mentioned over the 1978 murder of Captain Judy Angaine, the daughter of fellow Cabinet minister the late Jackson Angaine, and whom he was dating! On the night of March 29, a day before Judy was found dead, she had arrived from running an errand in Molo and had gone to see her father in his Ardhi House office.

Ngei, who was the Cooperatives minister, also had his office in the same building and he offered to give her a lift to her house. Hours later Maj Kisila, who was Judy's boyfriend found the two in the house "drinking whisky". Later that night, Ngei left with Judy for more drinks at Langata Club and then to Woodley Club. Maj Kisila had decided not to accompany his wife to be and the minister when they went out to have drinks.

"It was on the way back that Ngei, while still driving, touched Judy on the breast and told her he loved her," Angaine quoted Maj Kisila as saying during an inquest into Judy's death.

She was said to have resisted the advances causing a struggle that made the car to roll three times. The two were rescued by "a European woman" who gave Judy a new dress because hers was torn. Ngei was expelled from Makerere University after stabbing a fellow student over a woman during a college dance.