'My husbands big tummy is a turn off, we can't have pekejeng!' cries city woman

Juliana Kanyamozi is a mum again - and she is happy again 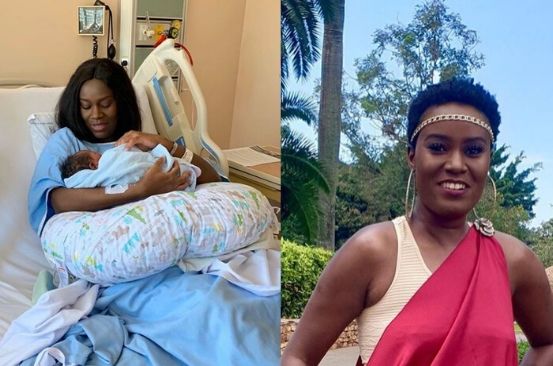 The death of her 11-year-old son Keron Raphael Kabugo in Nairobi in 2014 caught the entire region by surprise. The boy had been flown in and admitted at the Aga Khan University Hospital where he was rushed to the intensive care unit (ICU) before the bad news broke.

This was probably the worst news the Ugandan artiste Juliana Kanyomozi could imagine sharing with thousands of supporters who knew so well that she had dedicated her all to the son who was asthmatic. It was such a trying moment that even Uganda’s President Yoweri Museveni joined other leaders and sent condolences.

And six years on, the multiple award-winning singer - after years of keeping a low profile and staying out of the limelight - goes online and breaks the good news: “It’s a boy. Say hello to Taj…We are thrilled. To God be the glory.”

A host of celebrities from Kenya and across Africa joined her in the celebration with congratulatory messages. The news has been trending in celebrity chat groups and other online platforms. But the baby wasn’t delivered this week.

Sources within showbiz circles in Kampala allude that the 40-year-old was pregnant early last year and that the photo of the baby she released this week could have been taken in December last year.

Her last performance during a Comedy Store appearance hosted by comedian Alex Muhangi – posted on YouTube after April 2019 – seems to have a story behind it.

A glowing Juliana takes to the stage in an over-sized blue suit whose jacket has extra pockets. Over the 20 minutes of her performance, she keeps holding her bulging belly as if to suggest to the curious fans that she is pregnant.

That was the last time she attended a live show. In fact, sources within the Ugandan entertainment circles say that after the show, Juliana did not want to participate in any other concert “even lucrative ones where she was being offered double amounts of her normal performance fee.”

“Whoever has been following this story believes that Juliana was pregnant early last year and that she only released these photos this month to confirm to her friends and fans that indeed she is now a mother.

“You note that she only unleashed photos of her and the baby and another of the pregnancy that was very visible a year ago,” a popular Uganda entertainment writer told The Saturday Standard.

“Since she parted ways with her Amon Lukwago and later lost her son, people on social media have been bashing her with some claiming that she will not get another child and so you can imagine what this means to her and whoever the father of the baby is who must be the reference of her ‘we are thrilled’ statement.

She wanted people to know that she was expecting a baby that is here but didn’t want to give details of timelines for obvious reasons,” our source said.

Juliana - who is also known to have had a romantic relationship with a US-based Uganda boxer in 2006 and who more recently has been linked with a known Kampala businessman, is believed to have left Uganda long before the Covid-19 pandemic outbreak.

Arguably the biggest female artiste in Uganda since she became the first female singer to win the Pearl of Africa Music Awards in 2004, the singer, actress and entrepreneur has had a colourful entertainment career.

Her stint in the regional Tusker Project Fame talent search show where she was a judge, propelled her to regional prominence and made her a household name in eastern Africa.

'My husbands big tummy is a turn off, we can't have pekejeng!' cries city woman

I found love again after divorce

Four things that cause urine to smell

Shoes Kate can't wear in front of the Queen

RIP! Photos of K24 journalist George Kori who hung himself

President of love! Rare photos of Omar Lali and the late Tecra Muigai during happy times

'I gatecrashed my ex's wedding and accidentally dropped a pregnancy bombshell'

I pay over Sh1.2 million in taxes per container, Jux on African Boy merchandise

Plane draws hearts in the sky above Sunderland

Patriots Mailbag: Who will be Jarret Stidham's Number One Receiver