30,000 tea pluckers in five regions get 12 per cent salary increment 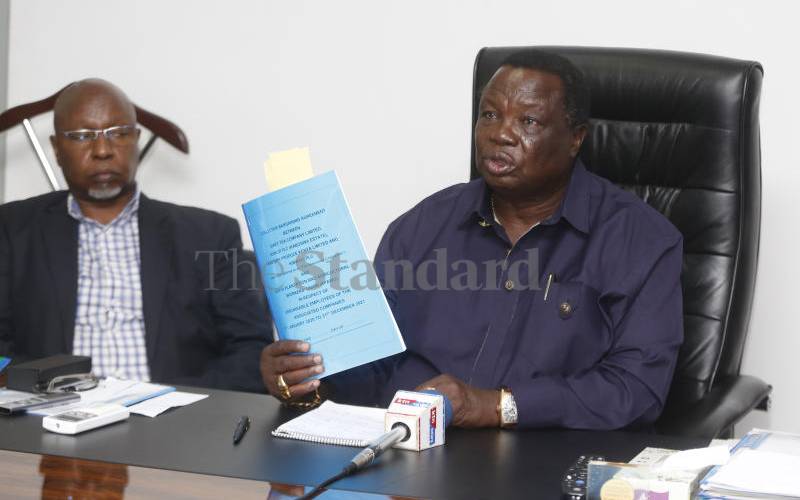 Tea growers in five regions have signed a Collective Bargain Agreement (CBA) with the Kenya Plantation and Agricultural Workers Union (KPAWU) that will see a 12 per cent wage increase for workers.

The growers under the Kenya Tea Growers Association (KTGA) finalised the 2020-2021 CBA, which has effectively increased the wages of some 30,000 workers in plantations in Nandi, Kericho, Bomet, Nyamira, and Limuru regions.

According to Central Organisation of Trade Unions (Cotu) Secretary-General Francis Atwoli who also doubles up as the KAPWU Secretary-General, the deal will see the lowest-earning worker take home Sh21,974 from the current monthly wage of Sh19,557.

He added that the highest-earning employee will now take home Sh60,559 up from the previous wage of Sh35,583.

Mr Atwoli who was accompanied by Apollo Kiarii, the association's chief executive officer, said the deal was struck despite the harsh economic situation in the sector brought about by the Covid-19 pandemic.

“The sector is facing a very difficult time but through negotiations, we came to an understanding and managed to finalise the CBA without threats, intimidation, and workers going on the streets to protest,” he said.

Atwoli said the union managed to balance the interests of the investors and those of its members to arrive at the increment that would go a long way to caution workers in the sector.

Atwoli described the increment as a big improvement to the workers taking into consideration that work in the plantations had not returned to 100 per cent after the pandemic.

“That increment is not enough but will sustain the workforce as we go to the next negotiation that is the 2021-2022 CBA, which we will handle responsibly to ensure that the interests of all the players are catered for,” he said.

The increment does not apply to the KTDA workers.

The season of plums! Learn and cash in on it