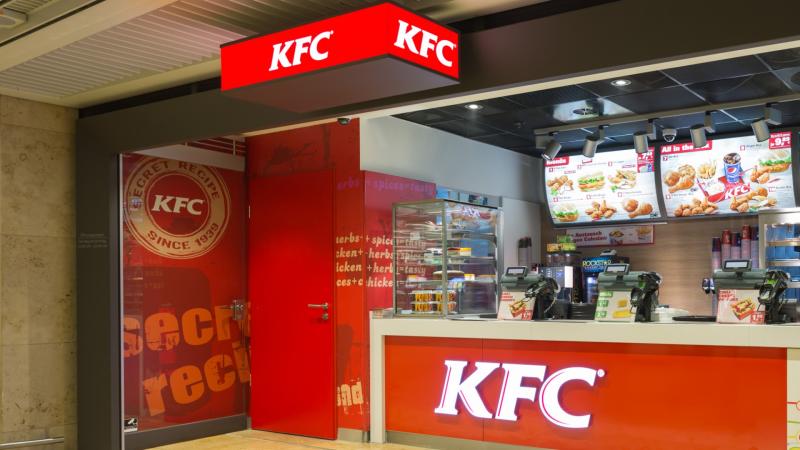 Over the years, there are some business brands that have since risen to become household names owing to their presence in people’s day to day lives.

Their founders can easily be picked from a crowd without having the need to introduce themselves.

When a renowned brand like Apple releases new products in the market, consumers make a beeline to their outlets seeking to upgrade or own their latest gadgets.

Behind a successful brand name is an equally intriguing story that led to its formation, particularly in addressing a market need or providing a solution to a problem.

It may be as well a new innovation that changes how people do things and enhances productivity.

Some of the startups have become reputable brands that have challenged and disrupted the existing market players.

Enterprise looks at a few of the famous global and local businesses and shares lessons on their business growth.

With its logo of a dapper gent with a white goatee and the catchphrase ‘Finger-lickin’ good,’ Kentucky Fried Chicken (KFC) is one of the world’s most visible fast food brands with thousands of franchises.

Its founder, Colonel Harland Sanders (pictured in its logo) began selling fried chicken from a roadside restaurant. He saw the potential of the franchising concept and went ahead to take on the biggest market player then known as Hamburger. Today KFC is the world’s second-largest fast-food restaurant chain after McDonald’s, operating in 136 countries.

Such a successful brand has some attributes that have kept it thriving over the years. These include having visible founders who know who they are and what they represent.

When starting a business age is just but a number. Colonel Sanders was aged 65 when he started the KFC business venture. He also faced multiple rejections for his business ideas but kept pushing on until he found success.

GoPro, an American technology company, founded by Nicholas Woodman, began as an idea to help athletes document themselves with wearable cameras. To launch the company, Woodman and his wife raised funds by hawking shell jewellery from a van.

They borrowed the rest from family. The rest is history and GoPro has since grown to a billion-dollar company.

Woodman, who stuck to his business gut instincts, explains that while it’s important to seek advice from experts, entrepreneurs should perfect filtering the advice.

“If you follow the prescriptions of other people too precisely, you will end up exactly where they did. And if you are trying to build something new and innovative, that may not be where you want to go,” he said.

Need a taxi? Uber is a click away on your mobile phone. It is a taxi-hailing company that doesn’t own a car! Founded as a startup in 2009, it has grown to be the biggest digital cabbie in the world. Uber has even become a verb. The story of its founding has it that two friends attending a tech conference in 2008 in Paris, France were unable to get a cab on a chilly night. They then came up with an idea of a limo service that could be ordered through an app.

There are a few lessons that start-ups can learn from Uber’s rise.

These include finding solutions to real-world problems, becoming an early adopter, keeping it simple and minimising infrastructural requirements, among others.

Locally, Safaricom PLC is perhaps known for M-Pesa - its cash transfer service. Despite the competition in the market, with rivals offering zero cash transfer costs across the networks in a drive to capture a share of the market slice, M-Pesa has remained a popular market dominant.

Safaricom provides a case study on how a business can go after pennies and make billions.

Now 20 years old, the giant telco has cut a niche for creating products tailored for the everyday man. Safaricom has become deeply woven into the Kenyan psyche forming part of the lingua franca and daily life.

Think about words such as Sambaza, Fuliza or M-Pesa – Safaricom products that have become nouns.

Like Uber, Airbnb doesn’t own a house, yet is a disruptor of the hospitality sector by offering homestays and related tourism experiences. It is simply an online broker receiving commission for any property it helps its clients to book in. It has challenged the hotel industry, just like Uber has redefined the taxi business.

Again, as a business, it’s important to solve solutions and be a disruptor in the particular market that you seek to address.

When Airbnb stepped into the scene, there were other similar online outfits. However, Airbnb re-imagined things.

“It wasn’t just the idea or the product. It was the combination of the timing. It was the great recession making people really look for a cheaper way to travel and for people to make money off of their homes,” noted business magazine Fortune. “The fact that the interface was incredibly user-friendly and contained everything in one place, and the fact that it took off with millennials because it was largely an urban phenomenon in the beginning. And so all of these elements combined are what made it be the disruptive force that it is today.”

There are troves of inspirational stories behind established brand names out there. In almost every instance, the founders identified a market need or a gap to fill and took the risk. In all instances, these startups began as underdogs that dared challenge the titans of the industry and have since surpassed them.

End of an era as KPC decommissions Kenya's oldest pipeline

KPMG saga: London threw me under the bus when I sought justice – Ndung'u