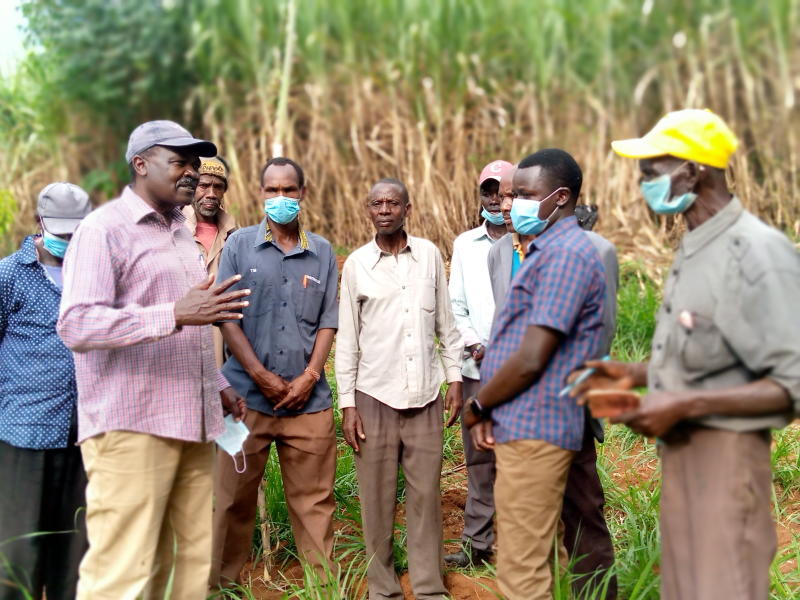 The collapse of the Soin Sugar factory in Kericho County has dealt a big blow to farmers in the marginalised Soin-Sigowet constituency, where the cash crop is mainly grown.

The farmers produce over 4,000 tonnes of sugarcane that form 60 per cent to 70 per cent of the sugarcane produced in the Nyando sugar belt, comprising Kericho, Nandi and Kisumu counties.

The factory established by former Ainamoi MP Kipng’eno arap Ngeny ground to a halt nine years ago. It used the old pan technology to crush 500 tonnes of sugarcane daily. However, mismanagement coupled with old machinery contributed to its collapse.

Help us serve you better by completing our quick survey.

“The factory collapsed due to old machinery which often broke down. Mismanagement also played a role in its closure,” said a worker who spoke to The Standard. Just like in western Kenya, where sugarcane farmers’ fortunes have dipped due to the collapse of State-owned millers such as Muhuroni, Soin faces the same fate.

Dr Wilson Soi, who once owned 40 acres of sugarcane plantation, says he slashed the acreage by half. “Sugarcane farmers have been left to support factories in Nyanza region such as Muhuroni, Chemelil, Miwani, Kibos and now Kabras. The transportation of the sugarcane to the factories is costly,” he said.

Andrew Bett, a member of Sugarcane Farmers Federation says it costs up to Sh1,000 per tonne to transport their cane to sugar factories. The zones are classified by a distance of four kilometres apart.

The huge disparity in transport costs is mainly due to poor road network. “The poor state of the roads in the constituency is costly to the area farmers. At least 1,000 tonnes of sugarcane is left in the farms daily due to the bad roads,” said Soi.

But even as the farmers grapple with a lack of factories and bad roads, they have embraced early-maturing varieties that take 16 months to harvest instead of 24 months. “With good crop management and husbandry, the sugarcane varieties such as 737,335,331,667, can take even up to 14 months to mature,” said Bett.

Bett who harvests an average of 45 tonnes of cane per acre from his eight acres in Soin, called on investors to put up a sugar factory in Soin ward. “Investors can be assured of sugarcane production of over 5,000 tonnes daily,” said Bett.

But even as the farmers grapple with the myriad of issues, there is a ray of hope. Kabras and Kibos Sugar firms have established two weighbridges at Kipsitet Trading Centre. But even with the weighbridge, farmers are left holding over matured cash crops in their farms.

“We have more than adequate sugarcane for the establishment of a sugar mill,” said Bett. He called on the government to supply the farmers with subsidised inputs to bring down the cost of production.

Jonathan Maritim, termed the Sh3,500 millers pay the farmers per tonne too low. “When a farmer deducts, the cost of production. Sh2,700 is left. The amount is too little. Farmers cannot even afford to pay school fees for their children,” he said.