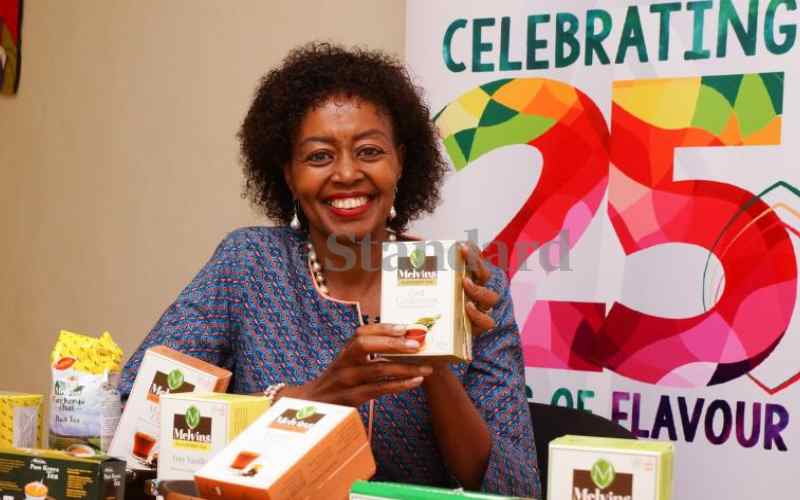 Of the 62 listed firms on the Nairobi Securities Exchange (NSE), for example, there are only five female chief executives, with women accounting for 21 per cent of senior management positions.

“If we go at the rate we are going, we’ll achieve gender parity in 225 years … We really have to leapfrog,” Melvin Marsh International chief executive Flora Mutahi told The Standard.

Mutahi was recently announced as the First Female Chair of the Kenya Association of Manufacturers (KAM) board since the group’s inception in 1959.

This is in light of a report that women account for only 17 per cent of total board membership in public and private firms.

Mutahi was also the first female chair of the Kenya Private Sector Alliance.

She noted that to achieve gender parity in this decade, there is a need to challenge both companies and the government. Policy measures are also crucial in fast-tracking change, she noted.

“In some countries, they have policies. We need to, even as the private sector, promote gender parity and make it target-based,” she said.

One of the SDG goals by 2030 is to achieve gender equality and empower all women and girls. Kenya’s recent gains include ushering in its first female Chief Justice Martha Koome.

On the gender pay gap, Mutahi said women tend to walk away faster from the negotiating table, thus getting the short end of the stick.

“Women don’t negotiate openly. A man will come to the table and say this is what I can do and this is what I want. But because of our cultural ways, we have been brought up quieter and not aggressive,” she said.

Mutahi added that mentorships and encouragement can rectify this.

She is an astute entrepreneur best known as the founder of Melvins, a pioneer in tea blends and salt and rice products.

“Do you hold on or do you hire a substitute? Being an SME it’s difficult when someone says I need time off,” she said.

As the new KAM chairperson, she pledged to focus on three key areas including engagement of stakeholders, laying of policy framework and expanding linkages and market opportunities to grow export markets, especially for SMEs.

Top CEOs in Kenya pocketed Sh1.8b in perks during Covid-19

Home or office? Study shows opinions about work after Covid-19

High commodity prices push cost of living through the roof

How M-Shwari outpriced itself from lucrative mobile loans