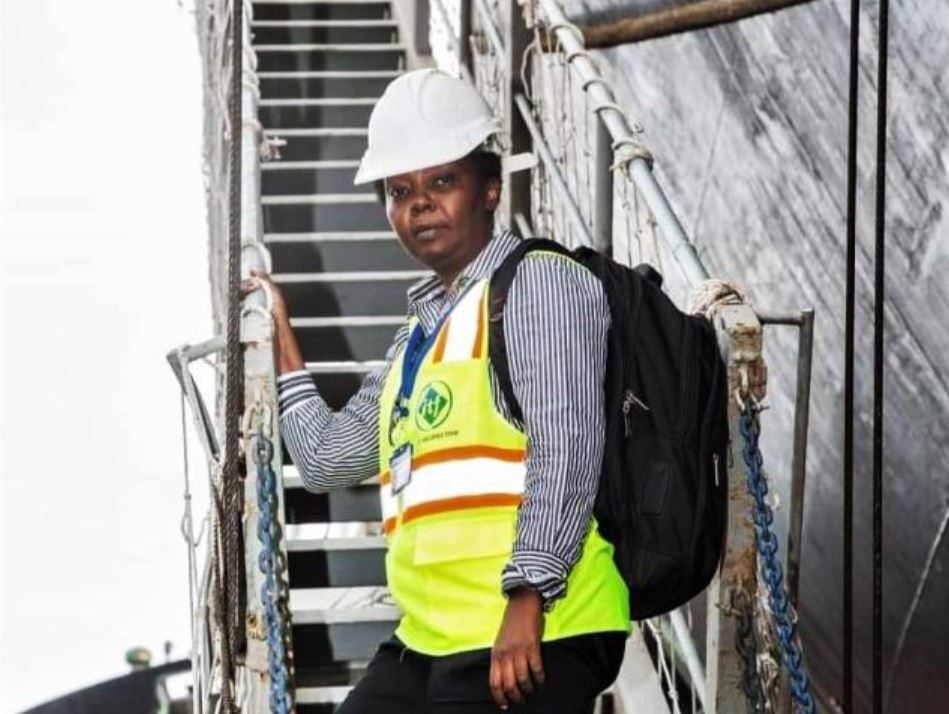 Most shipping lines are reluctant to hire women seafarers even as demand for such cadres grow in the shipping industry.

That is according to a new survey analysing trends in the industry, as well as revelations made during interviews with trained women seafarers.

The survey by Women in Maritime Sector in Eastern and Southern Africa (Womesa) shows that women comprise only two per cent of cadres employed as cadets, officers and captains.

Betty Makena, a ship inspector, said only three female cadets are working as deck operators while one works as a ship engine operator.

The data from Womesa indicates at least 76 female cadets in Kenya are yet to get jobs.

“The number of women being absorbed as cadets aboard ships is still low globally,” said Ms Makena.

She said most women are employed in the hospitality sector. Womesa data shows there are 228 women working as waitresses aboard ships among other hospitality jobs.

The study reveals that there are 2,148 women working in the maritime sector on land.

With cruise ships resuming operations after the easing of the coronavirus pandemic, demand for seafarers has increased.

However, the jobs available for women are still in hospitality; 15 women seafarers are headed to Italy and another 15 to Greece and South Africa to work aboard cruise ships in the hospitality sector.

Muraya said one of the three women cadets who works as a bell girl earns a salary of Sh100,000.

“The bell girl aboard a cruise ship earns Sh100,000 to ring the bell to alert crew to meals,” said Mr Muraya.

On Friday, the college signed a Memorandum of Understanding with the Kenya Universities and Colleges Central Placement Service (KUCCPS) to have more students  enrolled.

“KUCCPS links the students with available training opportunities. We aim to have the entire face of Kenya in this institution,” said Wahome.

She said long gone are the days when a student scoring C+ and below was considered a failure. “If someone can ring a bell and still earn Sh100,000, that person is not a failure,” said Wahome.

She urged the student cadets to put effort in perfecting their English language skills to be able to secure international jobs.

She was referring to recent case where most nurses failed the compulsory English competence test, which is part of qualifications needed to work abroad.

Muraya said the school has partnered with different employers in the maritime sector where  students can work in to earn money for fees.

“We already have companies that want to employ workers in the maritime sector. Our student cadets will be working for them in the evening and on holidays,” said Muraya.

He revealed that the college has invited international shipping lines to the December graduation ceremony where they can recruit graduating cadets.

Muraya said the college is developing a structure that will ensure high school students are informed about the sector.

Seafarers Union Secretary-General Stephen Okwiri said there is need for a standardised and improved remuneration package for all the seafarers.

Mr Okwiri said most of the student cadets go to work at sea without knowing how much they are supposed to be paid and end up earning meagre wages.

“There is no wage scale for seafarers and maritime workers. The wage council in the maritime sector should deliberate on the wage scale,” said Okwiri.

Hakim Majid, a student pursuing a certificate in craft maritime, said the family was excited about the course.

“Thanks to KUCCPS I have been able to pursue the course. My grandmother slaughtered a chicken the day I was enrolled,” said Majid.