Why land in Donholm, Ruaka is the most expensive in Nairobi 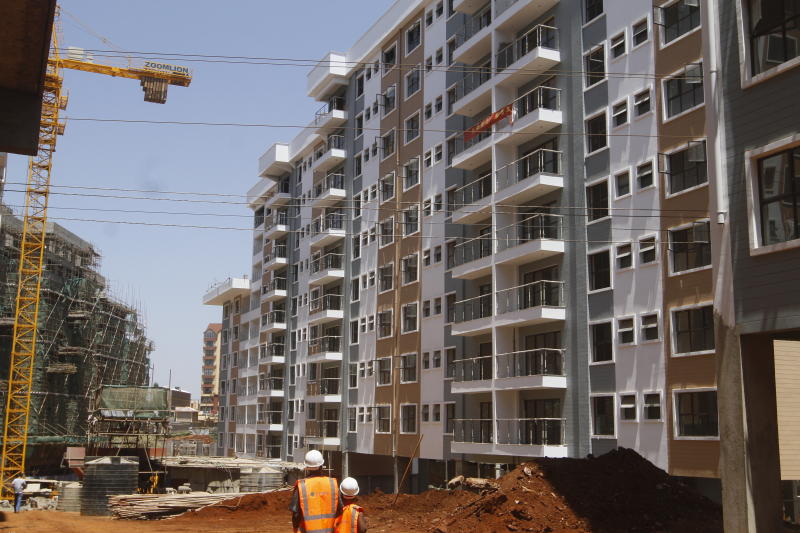 A lush of green, well-carpeted roads with pedestrian walkways and the absence of noisy hawkers (malimali) is the ambience that describes the leafy suburbs of Nairobi.

So serene is the green environment that there are just a handful of matatus that ply some of these areas. Some prime areas do not even allow public service vehicles.

These suburbs comprising of Runda, Karen, Kitisuru and Muthaiga have always been associated with the super-rich that it would cost an arm and a leg plus a top-up with the sale of a kidney to afford a piece of land in any of these areas.

But as it emerges, these suburbs might not be the priciest residential areas in the city. Probably, the land where your landlord has put up that flat or where you have built could be more expensive than Runda or Kitisuru.

Details from a report by EFG Hermes, a financial services firm, explain these price differences in the outlook of Kenya’s property market in October 2021. For example, the price of an acre of land in Donholm during the first quarter of 2021 was 13 per cent more compared to a similar size in Lavington.

In the report, Lavington had been categorised as an upper-middle-income area while Donholm is among other areas - including satellite towns.

In Ruaka, which the report has categorised as a ‘retail area’, an acre goes for Sh90.9 million ($817,000). “Notably, the cost of an acre of land in Ruaka is high ($817,000) because it is only 12 kilometres from downtown Nairobi and near high-end suburbs of Runda, Kitisuru and Gigiri,” reads the report in part.

The report notes that the rate at which land prices are appreciating in Nairobi and adjacent towns is favouring commercial developers.

“Given the high cost of land in Nairobi’s suburbs, the formally employed have been increasingly moving to the satellite towns around Nairobi,” reads the report in part.

“On the other segments, they tend to have a high commercial bias and therefore represent some of the most expensive suburbs in Nairobi.”

Reuben Kimani, founder and chief executive officer of Username, a real estate company says one of the biggest determinants of land price is demand and supply.

He references this to the country’s motor industry, where some vehicle models are pricier than others due to the high demand of owing them.

“Kenya is a perfect example. A small car like Demio or Vitz at the height of their entrant to the market were expensive, even more, expensive than some Volkswagen because people wanted those cars,” he said.

“This is the same in real estate.”

“You find someone is selling half an acre in Donholm higher than in Kilimani because in this place (Donholm), you can do commercial activities like building flats but maybe on the other area, the bylaws do not allow you develop high rise buildings. It ends up costing more in Donholm,” said Kimani.

He says Kilimani allows the buyer to do high-rise of 20 or so floors and resell them for a profit due to the area’s commercial value.

“The demand for those parcels is so high because people can develop high-end flats and resell them and get profits but you cannot do that Runda despite what people would imagine Runda as very expensive,” he said.

He says areas like Kinoo experience the same price matrix. “Even in Kinoo, the land is expensive because people want those plots in acres or quarters to do flats for rental but in Runda, one will only manage to do a house,” said Kimani.

Kimani says half an acre in Kinoo that used to go for about Sh10 million near the highway now goes costs Sh40 million due to various developments in the area.

A 0.7 acre of land in Kinoo as advertised on buyrentkenya.com goes for Sh50 million. A three-quarter-acre along Muhuri Road on the same platform goes for Sh49.5 million.