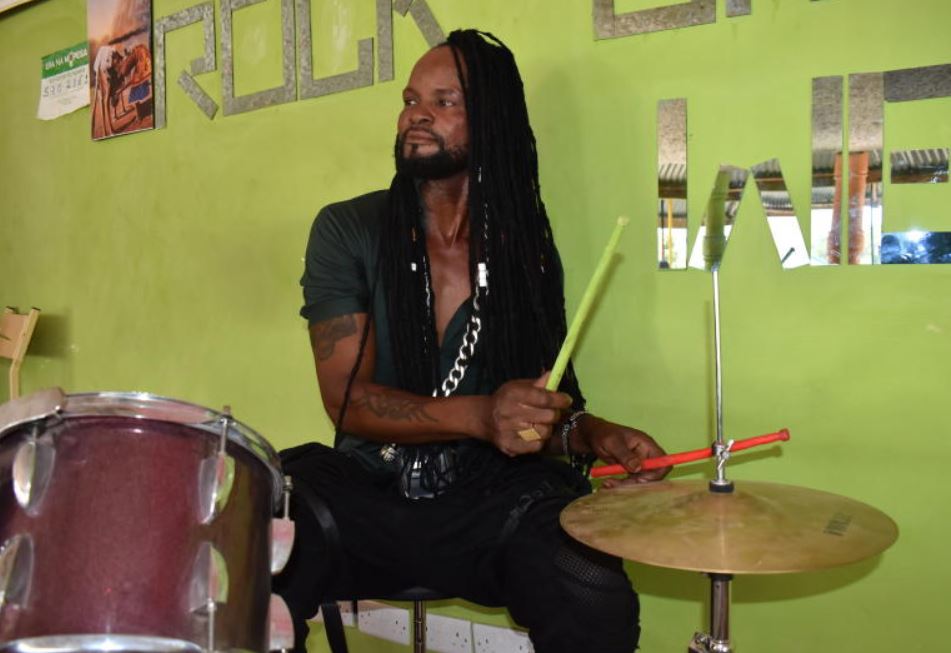 A Benga musician who ran into trouble for composing a political song in Kenya fled to Tanzania where he later earned a fortune for singing in praise of Tanzanian President John Pombe Magufuli.

Tom Mboya Gaga, known for his stage name Atommy Sifa, was one of the famous Luo musicians who had been approached to compose a song in praise of President Uhuru Kenyatta for his re-election campaign in 2017.

The song was to be used to aid the president’s penetration in Luo land which has strongly remained behind Orange Democratic Movement leader Raila Odinga.

“I was so broke at that time and I placed the lowest bid and won the opportunity,” Sifa recalls.

He got a write-up to guide his script for the song, Uhuru Nyale (Uhuru is capable), which he crafted within a few days and the audio was out. This was approved by the masters and then a video followed.

As soon as the video was uploaded on YouTube, hell broke loose, with supporters of Raila taking issue with the content which they claimed was direct attack on the ODM leader and the Luo nation.

Sifa fled to Tanzania through Yimbo in Migori County, and sought refuge in a friend’s house in Sirare border town.

And three years after living the boring undercover life, he asked his friend to help him get to Dar Salaam where he made his way into entertainment joints, and later found himself in a recording studio.

And early last year, as Tanzania was preparing for elections, Sifa tried his lack again in the murky waters of political praises and composed a song in praise of President Magufuli who was seeking re-election.

“I took the work to Magufuli’s Chama Cha Mapinduzi offices and tried to access local radio stations to promote it. It was soon accepted and the wave swept even Magufuli,” said Sifa.

He said he once got an invite to perform in President Magufuli’s hotel in his Chato village, which presented an opportunity for him to meet the President face to face.

“We had a short chat and he told me he was impressed with my work, pledging to reward me,” he said.

Within a few days, Sifa said the President’s aides presented him with a cheque of Sh6 million, with a promise that he will get another session with the head of state.

Sifa soon moved back to his Kamoth village home in Adiedo, Homa Bay County, built a house, and a resort – Rock City Jungle Resort – which opened its doors five months ago.

“When I was developing the project, I would update the president of the progress and he even told me that he would offer me more support to ensure it is complete,” he said.

When the Sunday Standard team caught up with him yesterday, Sifa had just been discharged from hospital and was trying to come to terms with the death of Magufuli.

“My music is more accepted in Tanzania than Kenya and during the short period I was there, I got more performances,” he said.

By yesterday, Sifa claimed he was in touch with his agents in Dar es Salaam to help him get facilitation and pass to attend Magufuli’s burial.

In his song praising the president, Sifa highlights the achievement made by the no-nonsense leader in the fight against corruption, and promoting rights of the common man.

“He (Magufuli) resurrected Air Tanzania, he built roads and railway, and brought sanity and efficiency in service delivery. It was such that led me to compose the song and it paid off,” said Sifa.

Sifa was born in 1984 at Kamoth village in Adiedo, Kendu Bay. He was orphaned at an early stage, and had to drop out of school at primary. He then ventured into music, starting off as a dancer in a band led by veteran Luo Benga musician Princess Jullie.

He then formed his Super Young Turks band, to which he has 26 albums and over 100 songs.