11 killed in road accidents in Nyeri, Murang'a and Butere 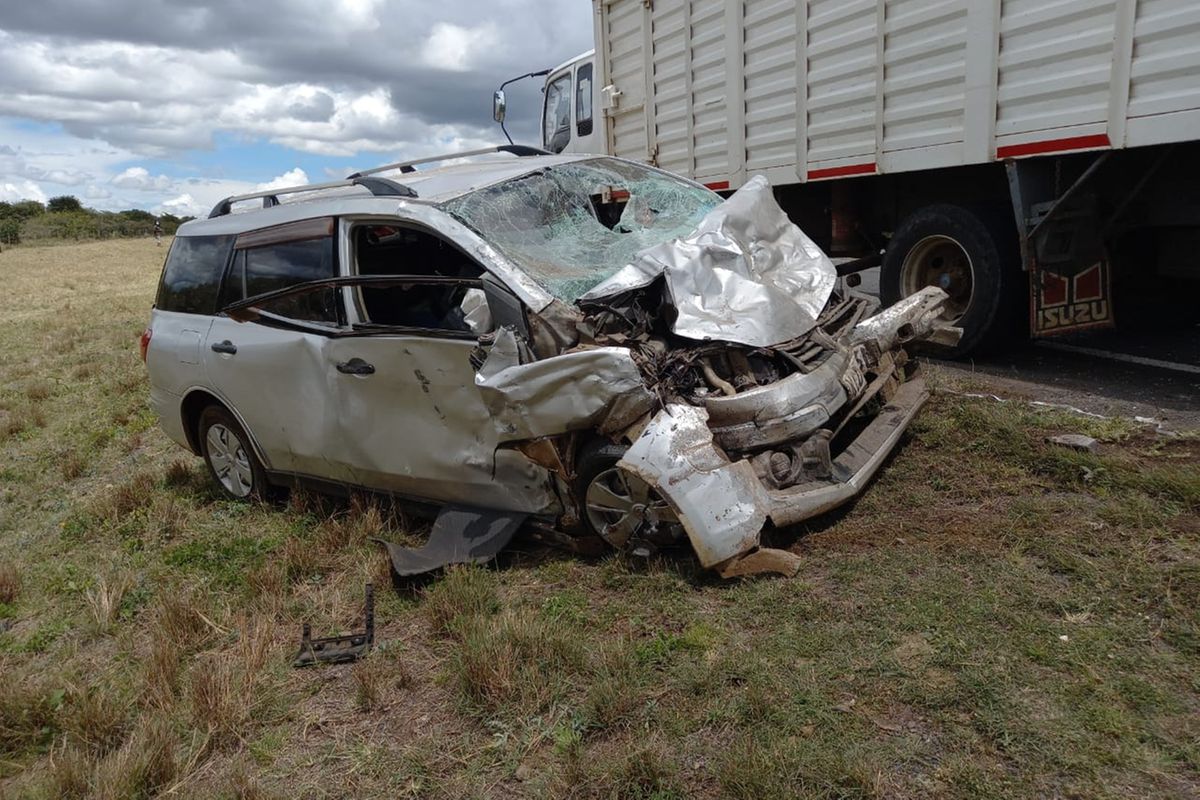 Two bicycle riders died after they were hit by vehicles.

One of the accidents took place outside Maragua Police Station and the other at the Sabasaba water supply bridge, which is considered a black spot. The cyclist fell into the river after he was hit.

In the Maragua incident, the driver of the public service vehicle that hit the rider attempted to escape but bodaboda riders cornered him after a chase.

It was amid these events that the third person was hit and killed.

All the bodies were taken to the Murang'a County mortuary.

Two other people were rushed to Mary Immaculate Mission Hospital in Mweiga in critical condition.

According to the OCPD, a tyre burst caused the accident. The vehicle then swerved but ended up hitting an oncoming car.

The wreckage was towed to Kiawara Police Station and the bodies to the mortuary at Nyeri County Referral Hospital.

In Butere, Kakamega County, another four people died in an accident involving a lorry and two motorcycles in Emukangu, along Ekero-Buyangu road.

It was reported that the driver of the lorry lost control following a tyre burst and hit two motorcycles.

The driver of the lorry, which was heading to Sabatia trading centre, fled after a crowd turned hostile and attacked him. The accident caused a heavy traffic jam along the busy road.

Reports indicated that the four were relatives on their way to a funeral in the neighbourhood.

Witness Charles Anzaya said the lorry driver had been speeding when the vehicle suddenly swerved and hit the boda boda riders who had passengers.

“He hit a motorcycle rider who was carrying a woman, killing them instantly. The vehicle then veered to the right side of the road and hit another motorcycle, killing the rider and his passenger, before landing in a ditch," said Mr Anzaya.

Read: How I lost my arm but kept my spirit alive

Also read: Boys are dying on motorcycles in droves, but who is to blame?

Last week, Mr Ondiro noted, two school girls were hospitalised after they were knocked down by a speeding saloon car.

“This is not the first or second accident at this spot. We have lost many people here and scores have been left with injuries. We call upon the Kenya National Highways Authority (KeNHA) to erect bumps and signs in this area,” said Mr Ondiro.

He added that since the black pot is at a sharp bend leading to River Efiratsi, ignorant drivers cause accidents due to speeding.

Bodaboda rider Boniface Wamunyinyi said: “Drivers don’t respect people riding motorcycles. They should observe traffic rules, like we all do,” he said.