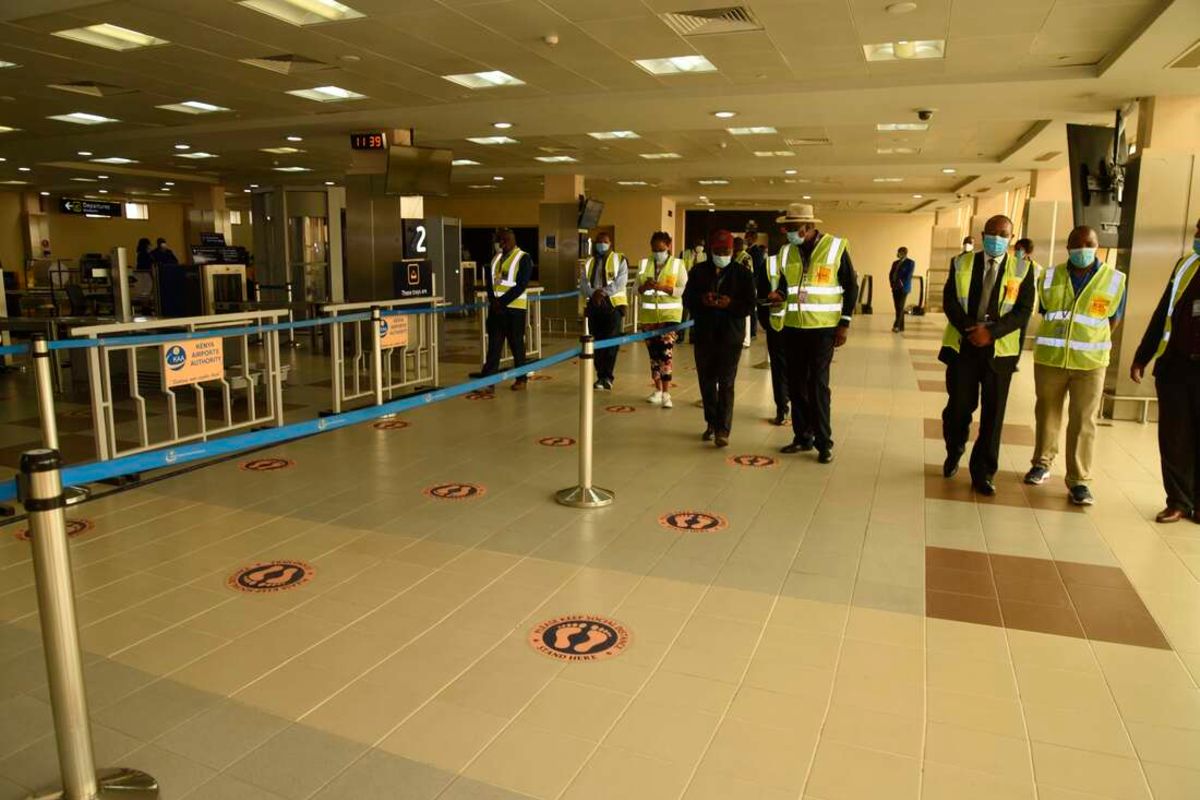 There are fears of Omicron, the new Covid-19 variant said to be more infectious, getting into the country due to gross incompetence and poor surveillance and testing by government officials.

Investigations by the Nation established that passengers travelling from South Africa to Kenya on six flights that landed on Monday, including a cargo one, were not tested. South African researchers first reported the Omicron variant, or B.1.1.529, on November 24.

“We got to JKIA [Jomo Kenyatta International Airport] at around 11.50pm. I was among the first people to get off, and they told us to show them our vaccination certificate and the PCR-test, which we did. We sat there until around 1.50pm when they said there is no nurse to attend to us,  [and] no testing kits.

“They then took a piece of paper and wrote down our names and phone numbers and where we are going to stay,” activist Boniface Mwangi, who landed in the country from South Africa on the same day, said in an interview.

Mr Mwangi terms Health PS Susan Mochache’s announcement last week that the government had stepped up surveillance at all entry points a lie.

Port Health officials at JKIA said they had been barred from speaking about what they were doing.

“You’ve to wait for our boss, Mr Benjamin Murkomen, to come,” an official said.  She also declined to comment when the Nation sought to know whether Port Health had designated an area for testing arriving passengers. Last week, acting Director-General of Health Patrick Amoth said passengers coming into the country from Namibia, Lesotho, Botswana, Eswatini, Zimbabwe, and Hong Kong will have to go into quarantine and get tested repeatedly. But insiders at Port Health, who sought anonymity, said this is yet to happen.

The Health ministry, while responding to our queries, accused the Kenya Airports Authority (KAA) of laxity.

“KAA and KQ [Kenya Airways] did not share the schedule; our officers were there up to 10pm last night. There is a flight that came from South Africa, but was not declared as having come from South Africa … MoH does not manage flights,” said a senior official at the Health ministry.

But an official from KQ said: “Both KAA and Port Health have access to the Mayfly System, which shows arrival and departure of flights for Kenya Airways.”

Like KQ, KAA asked the Health ministry to carry its own cross.  Captain Paul Njoroge, KQ’s director of operations, refuted claims that KQ did not declare the flight boarded by Mr Mwangi.

“Scheduled flights are planned well in advance and shared with all the relevant aviation authorities. Flight schedules are displayed on the Flight Information Display Systems at the airport. These are visible screens that all airport users, including customers and workers, use to get information on flight arrivals and departures. All Kenya Airways flights, like any other, are displayed on these screens.”

“On Friday, the Ministry of Health issued an internal memo to the Port Health surveillance team and other stakeholders [directing] that only vaccinated passengers with negative PCR certificates enter Kenya. On Saturday, the Port Health officers effected the directive and KQ complied with the directive as issued. In this particular case... a member of our team did notify the Port Health supervisor [that] a KQ flight from Cape Town would be arriving at midnight. However, she found out that the personnel had left by the time our flight landed,” he told Nation.

Hospitals on the spot for misuse of Covid-19 funds