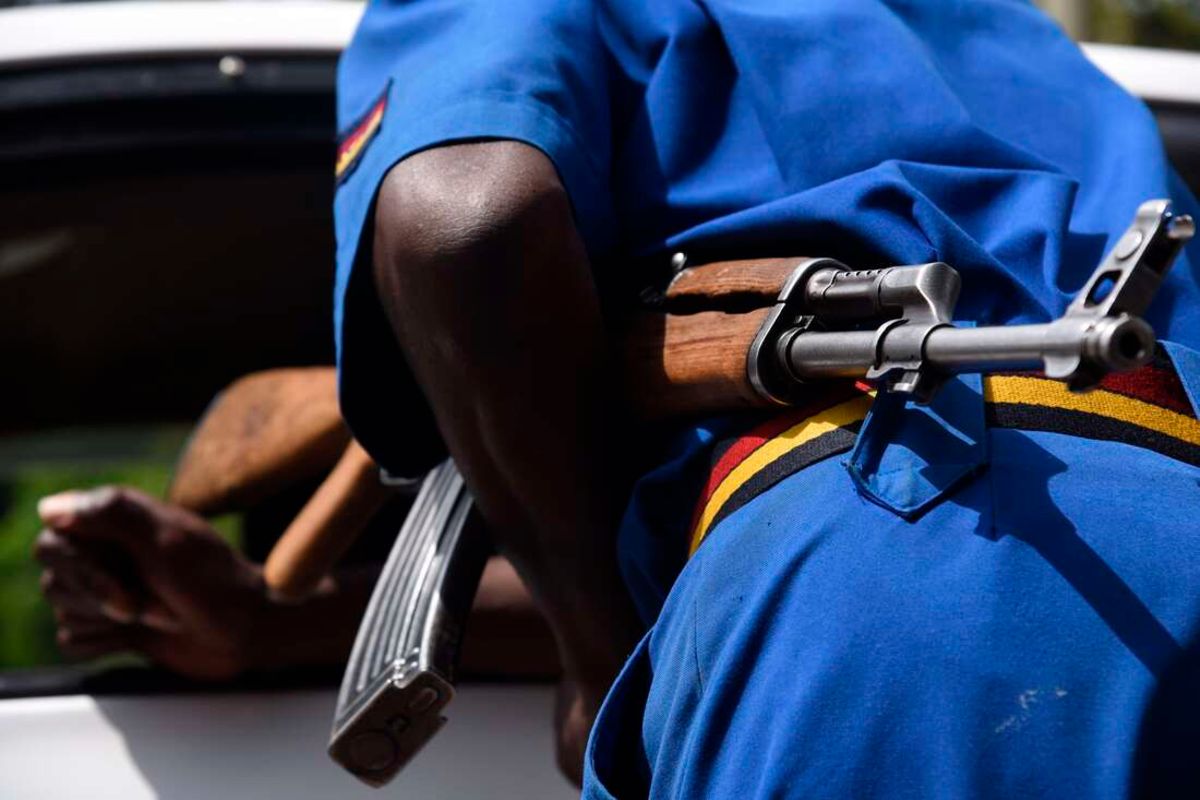 If he had not mishandled a phone, he would have succeeded in fixing Maragua Police Station officers as the killers of a female yoghurt trader in Murang'a County.

Instead of personally sneaking into the station and dumping it there, the suspect used a waitress to take it there officially.

After he allegedly murdered Charity Njeri Kimathi, he dumped her body and took off with her phone.

He went into an eatery, about 10km from where he had dumped the body, took early lunch and proceeded to hand over the phone to a waitress.

"He told me that … he had found the phone in the seat he sat on as he took the lunch...he added that he had heard that it's owner was dead. He told me that the phone should be taken to the station,” a waitress told Nation.Africa.

A private detective surmised that the suspect was hoping detectives would trace the phone’s signal to the station, confuse police, implicate officers and slow down investigations.

"Or worse still, if an officer would have become greedy and taken the phone for their own use...or it was sold to another party by an officer...it was a smart throw of the dice," says Isaac Mathia, a private detective in Murang'a.

But detectives in Murang'a, in a major breakthrough, were able, with a trace of luck, to unravel the plot, leading to the arrest of the young male suspect at his rental house in Maragua town.

The suspect had worked for Ms Kimathi as a driver in the yoghurt supply business.

"But she sacked him at the end of October, accusing him of using bhang excessively and becoming erratic in his work," said an investigator privy to the case.

A preliminary police report that Nation.Africa has seen shows that the suspect had complained that the trader did not pay him his severance dues and trailed her on foot in Maragua - where she had a store - at around 7am.

He convinced her to let him accompany her on the supply trip to nearby Kenol town as they talked about his sacking.

The information, backed by a postmortem report, indicates that Ms Kimathi was killed between 9am and 10am and that the suspect at some point took control of the vehicle and stabbed her twice in the neck.

The killer then proceeded to dump the vehicle and the body near Kabati town.

Eyewitnesses say the vehicle was packed at the scene at around 10.30am but police did not arrive there until 7pm, after members of the public became suspicious of the van, peeped inside and found Ms Kimathi’s body lying among cartons of yoghurt.

It was then that the suspect, who is now in police custody, was said to have proceeded to the eatery in Maragua town.

After handing over the phone to the waitress, it was taken to the police station on November 5 on the advice of the management.

Detectives following the phone's IMEI number and SIM card signal extracted the information as it moved from the eatery to the station.

"It is then that the detectives dusted the phone for fingerprints and using the elimination method for all the prints - some including those of the officer who received it - were left with those of the suspect now in custody. The prints also matched some that were dusted from the abandoned van,” Murang'a County Investigations Officer David Kandie said.

"The prints were identified with the collaboration of the Registrar of Persons...We were able to get the picture of the suspect and covert investigations identified him, leading us to his rental abode."

This information, he said, will now be used to unravel the mysterious murder.

"We totally believe we have the prime suspect in our custody. He has even owned up and is cooperating well with us since Friday when we nabbed him,” Mr Kandie said.

“We will present him in court to ask for more time to hold him as we conclude our investigations. We have high hopes that we will assemble good evidence to win a conviction."

He said investigations centred on recovering the murder weapon and the clothes that the suspect was wearing at the time of the killing.

The detectives have visited the primary scene where the murder took place and the secondary one where the body was dumped.

The body was found on the old Makenji-Kabati road, off Thika Road.

On Tuesday, the region's office of the Maendeleo ya Wanawake Organisation protested at the slow pace of investigations.

"It is our concern that the trend where women are murdered in this county and investigations drag on till we forget and the victims go without justice is strongly getting entrenched in our police department. We protest the lack of answers and any arrests so far in this death," chairperson Lucy Nyambura said.

Born in Gikondi village, Nyeri County, to the late David Kimathi Waigera and Mary Wakarindi in a family of six siblings - three brothers and three sisters - Ms Kimathi was planning to wed his fiancé on December 23.

Murang'a Female Entrepreneurs Union official Jessica Muthoni on Tuesday also said that they were "putting the police on notice that women’s blood is not for game and we demand to be told who killed her and why".

In response, Mr Kandie said that "patience pays”. “We are almost there and within the next two weeks we will demonstrate how she was murdered, by whom and for what and the grand push for her justice commence in our court," he said.