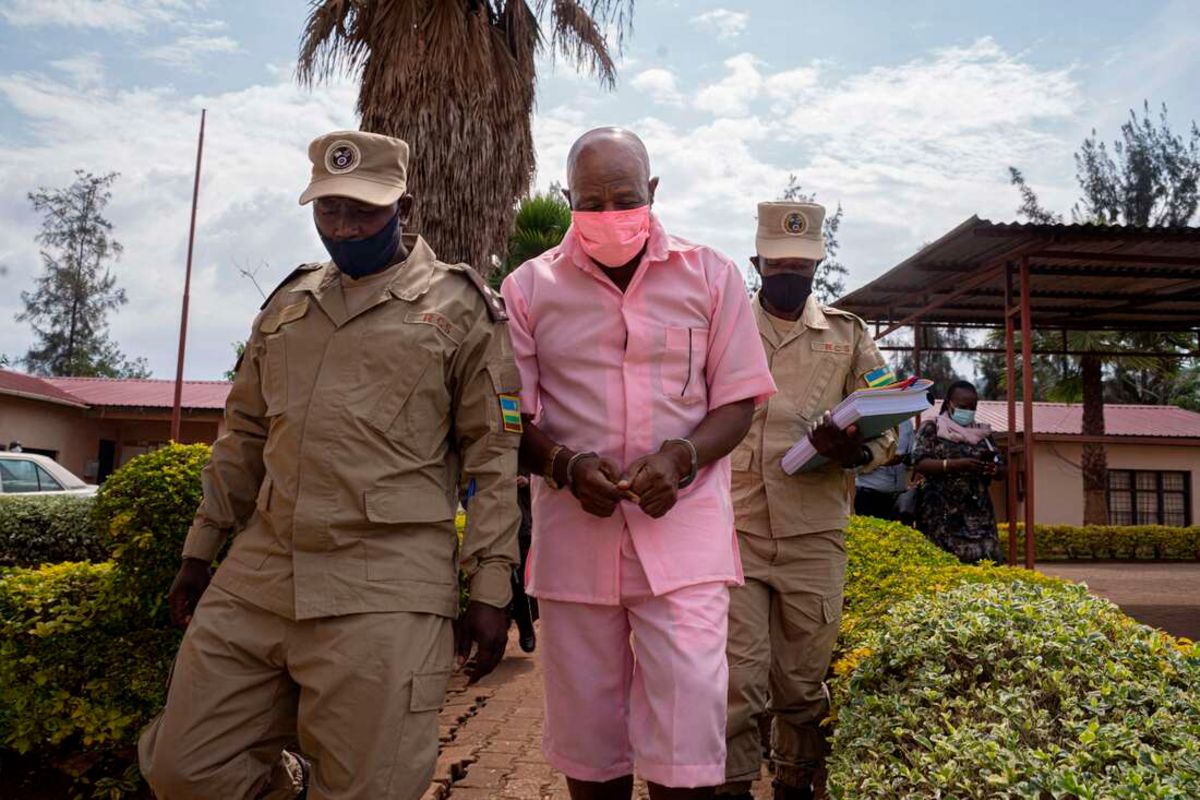 Rwanda’s strongman Paul Kagame – once a darling of the West – has turned out to be an efficient dictator. The man from Kigali who was hailed as a post-genocide saviour of tiny Rwanda, has taken a page out of the dark chapters of post-colonial Africa.

One-time hotelier Paul Rusesabagina of Hotel Rwanda fame has become his latest victim. Everything that has befallen Mr Rusesabagina seems to have been scripted in a simulation of Machiavelli. It speaks of a state run under the diktat of one man who brooks no dissent. In Rwanda, you better heed the ominously deadly Chinese warning – it’s the peacock that raises its head above others that gets shot.

Mr Rusesabagina isn’t the first victim. He certainly won’t be the last. Since seizing power in 1994 as vice president and minister for Defence in the first post-genocide regime, Mr Kagame has demonstrated a level of cunning that’s deeply unsettling. In that government, he put as a front man President Pasteur Bizimungu. Mr Bizimungu had no real power because every decision was taken by Mr Kagame, his ostensible deputy and commander–in-chief of the military. Mr Kagame was the de facto ruler while Mr Bizimungu was the patsy, a placeholder for Mr Kagame.

Mr Kagame showed his iron fist early on. In 1995, after the near collapse of the young “unity” government, Mr Kagame packed the state with officials allied to him. This caused a major fallout with those opposed to the move, including Prime Minister Faustin Twagiramungu and the Interior minister Seth Sendashonga resigning in protest. Mr Twagiramungu and other senior Hutus fled abroad where they set up opposition to Mr Kagame. Mr Sendashonga was assassinated in Nairobi in 1998 in a suspicious hit.

Mr Bizimungu held on to the token presidency until 2000 when Mr Kagame forced his resignation. That year, Mr Kagame declared himself the de jure president. He was now openly in charge.

Since 2000, Mr Kagame has tightened his vice-like grip on Rwanda. He’s rope-a-doped the West by playing on its guilt for not doing enough to stop the genocide. Whenever anyone, especially the West, criticises him, Mr Kagame reminds them of their inaction during the genocide. It’s worked most of the time because he’s been able to show that he’s put the vast aid he receives to development projects. Rwanda is one of the largest recipients of aid dollars per capita to Gross Domestic Product. This co-dependency between Mr Kagame and the West has kept him largely out of the bad books of his benefactors. They groan every time he’s accused of another atrocity, but do nothing.

That is what has happened in Mr Rusesabagina’s case. There’s no doubt Mr Rusesabagina was lured to Rwanda and then abducted when his plane inexplicably landed in Kigali although he was headed to Bujumbura, Burundi. The plan all along was to trick him so he could be arrested in Kigali. His trial – which has been universally condemned as lacking in basic fairness and due process – was nothing short of a kangaroo court. His conviction on terrorism charges and 25-year prison sentence was a foregone conclusion. Once again, the West has been mealie-mouthed about the unjust outcome instead of insisting Mr Rusesabagina be freed unconditionally so he can return to the United States.

Mr Kagame has a long history of going after political opponents. That’s why the vendetta against Mr Rusesabagina is the norm. Mr Rusesabagina should consider himself lucky – he’s one of the few high-profile dissidents alive. The recipient of the US Presidential Medal of Freedom – awarded by President George W. Bush in 2005 – Mr Rusesabagina was the most visible irritant to Mr Kagame. Nor could Mr Kagame accept Mr Rusesabagina’s fame as the saviour of more than 1,200 Tutsis and Hutus and his valourisation in Hotel Rwanda, where he’s played by the iconic Don Cheadle. Add this to Mr Rusesabagina’s sharp criticism and condemnation – including calling for the overthrow – of the Kagame administration. This simply couldn’t be taken anymore.

Rwanda is suspected of ordering hits abroad on a slew of former high-ranking officials-turned-dissidents. Here’s just a few. Lt Revocant Karemangingo killed by mysterious gunmen in Maputo in 2021. Abdallah Seif Bamporiki, a leading opposition politician, shot dead in South Africa in 2021. Patrick Karegeya, former chief of Rwandan intelligence, found dead in a hotel room in South Africa in 2014. Theogene Turatsinze, former head of Rwanda Development Bank, found dead in a Maputo River in 2012. These deaths can’t be chalked up to mystery, robbery, petty murders, or accidents. There’s a pattern here. In the meantime, Mr Kagame must free Mr Rusesabagina.