AU to restrict donors who attach strings on funds 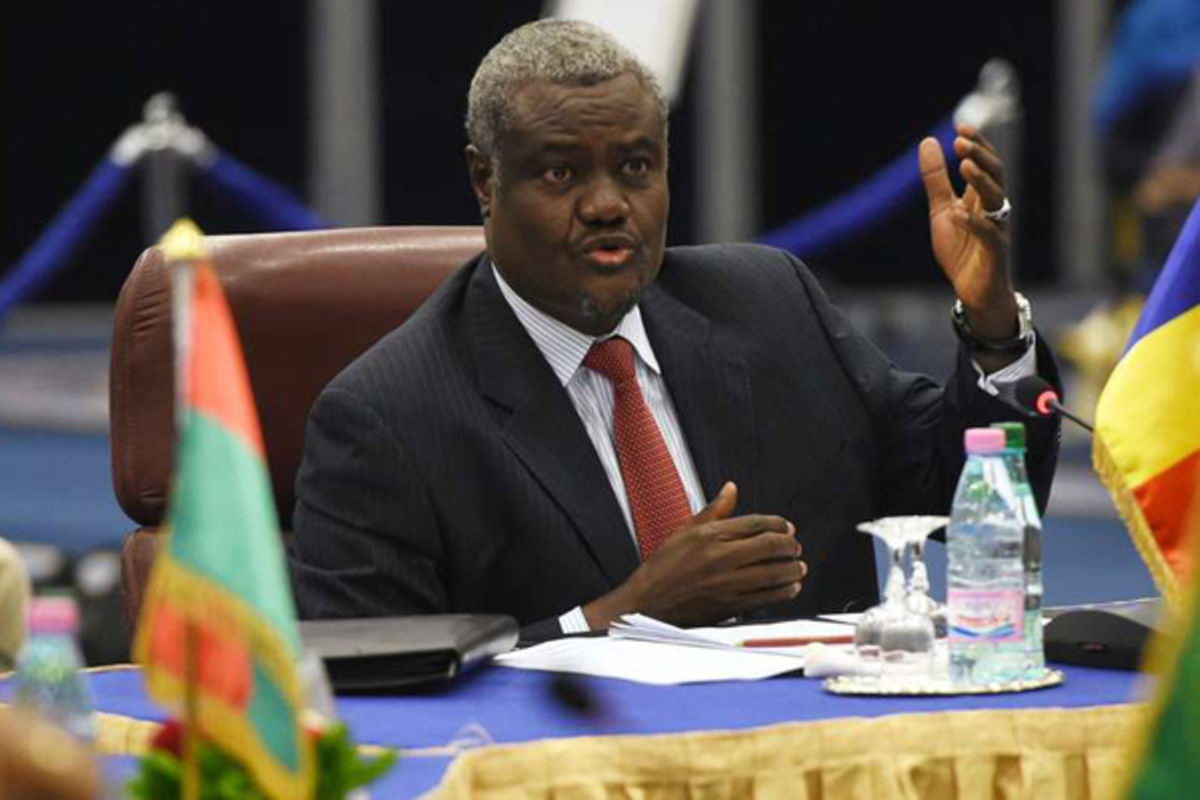 The African Union may block future donors who attach strings on their funds in one of the proposals that aims at making the continental bloc self-sufficient.

African Union Chairperson Moussa Faki Mahamat told a gathering of Foreign Ministers from member states the continental body, as part of its continuing reforms will reject monies from entities that seek to divert the organisations from its core values.

In a speech to open the 39th Ordinary Session of the Executive Council of the African Union, Mahamat said the organisation is now seeking a balance between interactions with outside organisation and maintaining the bloc’s identity.

“The two components of such a balance have been identified as, on the one hand, the non-acceptance of funds from partners with conditionalities out of step with the fundamental values of our Union and, on the other hand, the financing from own funds the programmes of the Union deemed sensitive,” he said in Addis Ababa.

The Council, which is composed of Ministers in charge of Foreign Affairs and regional integration from Africa, was gathering amid a push to change the organisation structure of the African Union, seen previously detached from realities on the continent.

In February this year, at the 38th Session, the Council had issued proposed to reform the enire institution of the African Union, including merging its Commission’s departments and changing the flow of work and reporting channels.

One thing stuck out like a sore thumb, however: The African Union, a 55-member organisation, has been inherently donor-dependent, and yet the internal measures to avoid wastage had been weak.

“The entrenchment of the practice of good administrative and financial governance within the African Union can only take place through the primacy accorded to auditing,” Faki told the Ministers on Thursday in an opening speech of the two-day meeting.

“This affords the possibility of early detection of dysfunctions and other breaches of regulatory provisions, but above all of putting in place corrective measures, the strict application of which reverses the trend towards impunity.”

The AU Commission boss won his second, four-year, term this year unopposed. But it was on a promise to right the wrongs seen in the first term, which had made the AU lethargic in responding to crises as it was usually financially constrained. Leaders had agreed on a general mode of contribution, including regular fees levied on things like airfare or imports and be remitted to the AU.

But the continental body still faces allegations it hardly makes its own decisions, and that donors who fund it have often controlled its agenda.

“We need to take a fresh look at the area of multilateral cooperation,” Mamahat, the Chadian diplomat told the audience.

“Let us clarify, with ever better precision the nature and objective of our interactions with our various partners with a view to building the Africa we want.”

The Council was meant to deliberate on a new Draft Partnership Strategy and General Policy Framework, which are supposed to regulate how the AU deals with external partners in future.

The Ministers gathered but excluded from its agenda the ongoing crisis in Ethiopia’s Tigray region. Ethiopia hosts the AU headquatres, but the omission of the agenda on the situation in Tigray may be a result of Ethiopia’s insistence that the conflict is a domestic problem, even though refugees have poured into neighbouring Sudan.

The Council, AU’s most influential decision making organ was gathering as the continent lags behind schedule on Covid-19 vaccination, not for lack of money but a struggle against hogging of doses.

And Cameroonian virologist John Nkengasong, the head of the Africa CDC was given a rousing ovation for his role in coordinating supplies that have improved in the past three months. Dr Nkengasong may leave the Africa CDC soon, as the US, his second country, has nominated him to head the President’s Emergency Plan for Aids Relief (PEPFAR).

The Ministers were gathering to discuss a roadmap on the theme of the year 2022 on Nutrition and Food Security.

Mahamat said that Africa’s economy needs to be consolidated and food security needs to be ensured until 2022.

The Minister of Foreign Affairs of the Democratic Republic of the Congo, Christophe Lotondola on his part said that COVID-19 had severely affected the economy of African countries.

"Together, we can build a united and prosperous Africa," he said.

This year's conference took place under the theme “Arts, Culture and Heritage: Levers for Building Africa We Want.”

At least 30 foreign ministers gathered in Addis while the rest were either represented.