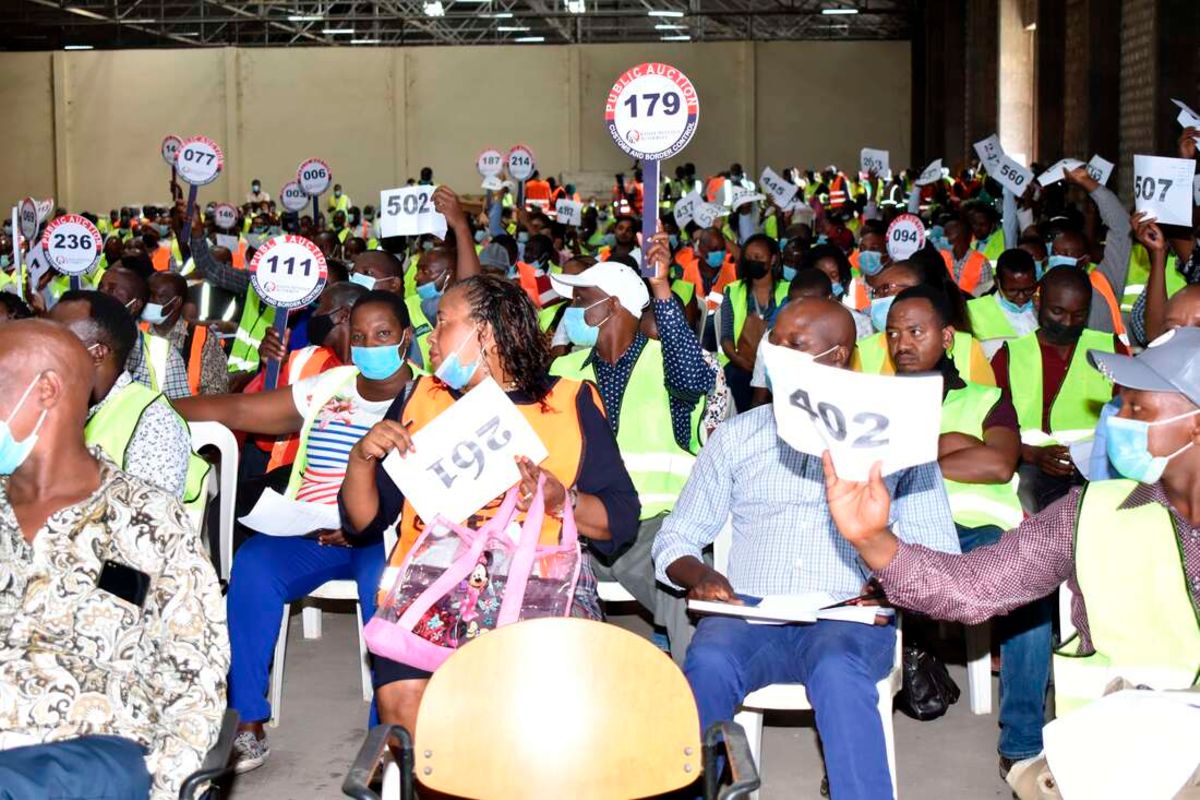 Buyers hunting for good bargains in an auction organised by the taxman in Mombasa yesterday were disappointed by the high price tags.

High bids had been placed for cars and other items on sale at the auction through which the Kenya Revenue Authority (KRA) hopes to raise Sh200 million.

One of the bidders, Mr Robert Okullo of Rob Japan Motors, protested that the prices were exorbitant, as he complained that the high-end cars he was eyeing weren’t put up for sale yesterday.

“The prices at the auction were abnormal. They were very unfriendly,” Mr Okullo lamented.

“By the time I left, they had auctioned at least 30 units out of the 314. The prices were exaggerated. How can you buy a Subaru Impreza at Sh2.9 million? A new car at the showroom is Sh1.5 million,” Mr Okullo complained, referring to the price in auto bazaars around the city.

A 2013 Toyota Fielder was going for Sh1.2 million, which, he argued is the price in auto bazaars.

“We suspect there is a ploy to rig out many in the second day of the auction,” he claimed.

“I had a list of a Mercedes Benz and Land Cruiser Prados that I was expecting to give an offer but were never auctioned. But we shall wait for the second day,” Mr Okullo said of the exercise that ends today.

The first car auctioned on Wednesday evening, a 2012 Toyota Corolla, was going for Sh612, 000. Most bidders were disappointed as only 40 cars went on sale yesterday.

Earlier, hundreds of interested bidders flocked the G-Section of the port for the mega sale that kicked off at about 11am.

Officials ensured bidders observed Covid-19 protocols. Some 314 cars and 223 containers with various goods are earmarked for sale as they have been in customs warehouses for a long time without their owners clearing them.

He said some of the cargo to be auctioned include those which have not been claimed by fraudulent importers.

“Our auction process is above board. Everybody has an equal chance to buy. The process is usually an avenue to collect extra taxes and we hope that we will get some additional revenue. This is one of the highest in terms of turn out,” Mr Tonui said.

He added: “The gazetted vehicles and containers which are meant for auctioning after owners’ failed to pay taxes on time are meant to increase efficiency at the port of Mombasa and other port facilities by de-congesting them.” In the last auction, KRA raised Sh53 million.

“We should understand that not all cargo is being auctioned because owners have failed to pay taxes but some are unclaimed due to heightened vigilance by government agencies to curb illegal importation,” he explained.

Starting next year, KRA has said it will start online auctioning as the authority incorporates the Integrated Customs Management System in its systems for transparency and convenience.

“The information as to what the item was, how many bids and for how much was made and who got it shall be available even after the auction for verification. It would also enable a large number of bidders to participate in the auction process and eliminate the possibility of cartels frustrating sales,” said Mr Tonui.