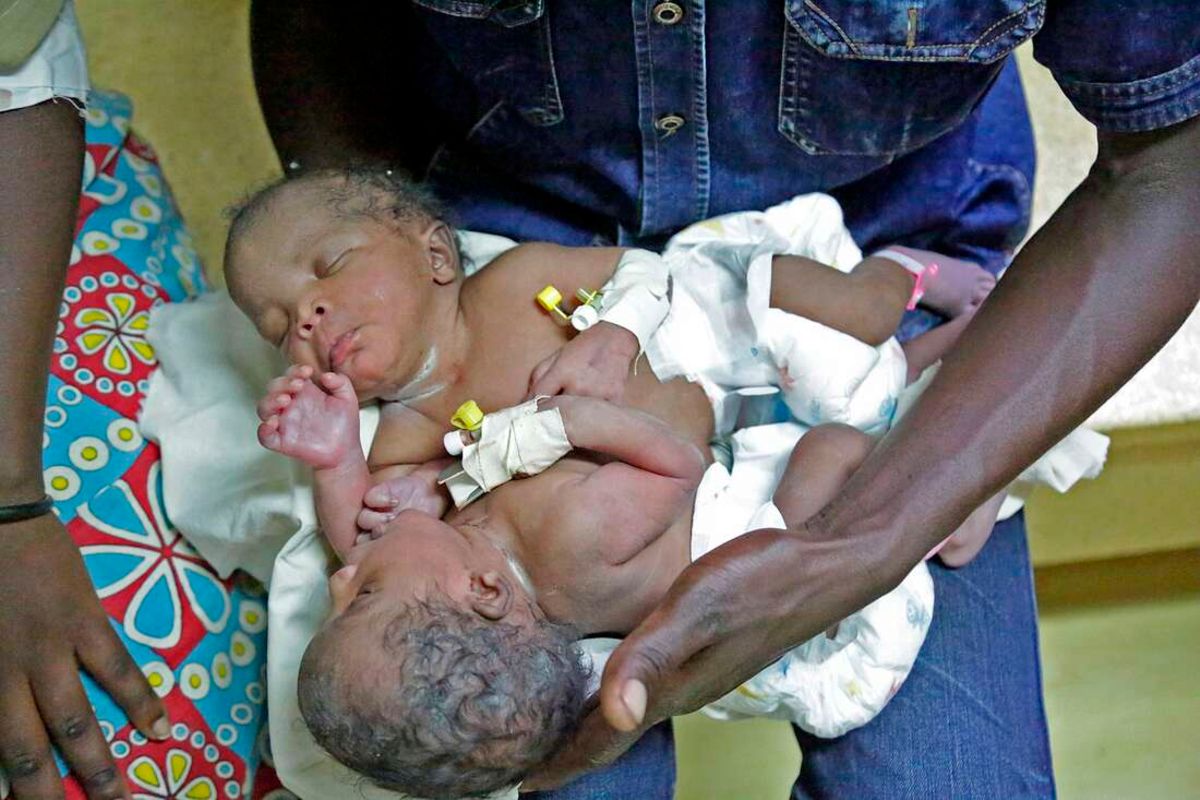 The parents of conjoined twins born at Lenmek Hospital, Kisii County say they are in shock since they were not informed of any abnormalities despite regular pre-natal clinic visits.

The babies, who are joined at the chest and abdomen area, were born via Cesarean section at 4.6 kilogrammes.

“I have been well throughout my pregnancy. I had no complications and I faithfully honoured all my clinical visits. At night, I developed labour pains and my husband organised a motorbike which took me to hospital,” said Ms Moraa.

Her husband said they are in shock given that they have been visiting the pre-natal clinic regularly at Kenyerere dispensary.

“My wife has been going to the clinic. It is strange that no abnormality was detected all this time,” he said.

He added that the children are their first and that they are worried because they have no experience of taking care of babies.

“I am jobless, but once in a while, I do roofing when the opportunity knocks,” he said.

“I am pleading for help. I want my babies separated. I would want them different.”

Ms Moraa gave birth at 3am Monday after getting to the private facility via motorbike.

She is said to be weak and is hardly audible while speaking.

Elijah Ongori, a senior nurse at Kisii Teaching and Referral Hospital, said the infants are stable and currently at the baby unit where they are receiving care.

“We are monitoring them before transferring them to Kenyatta National Hospital tomorrow. We have already done an X-ray on them but it is not yet out,” he said.

He, however, noted that the babies are on fluids since they cannot breastfeed because their mother is too weak.

“Their parents have indicated that they want surgery to separate the babies. This is why we are transferring them to Kenyatta National hospital,” said Mr Ongori.

He noted that it is important for expectant mothers to undergo screening or ultrasound during their pre-natal visits so as to detect any anomalies.

Separation of conjoined twins is often a demanding and challenging undertaking that requires careful and detailed planning, as well as integration of many specialists, particularly surgical specialists.