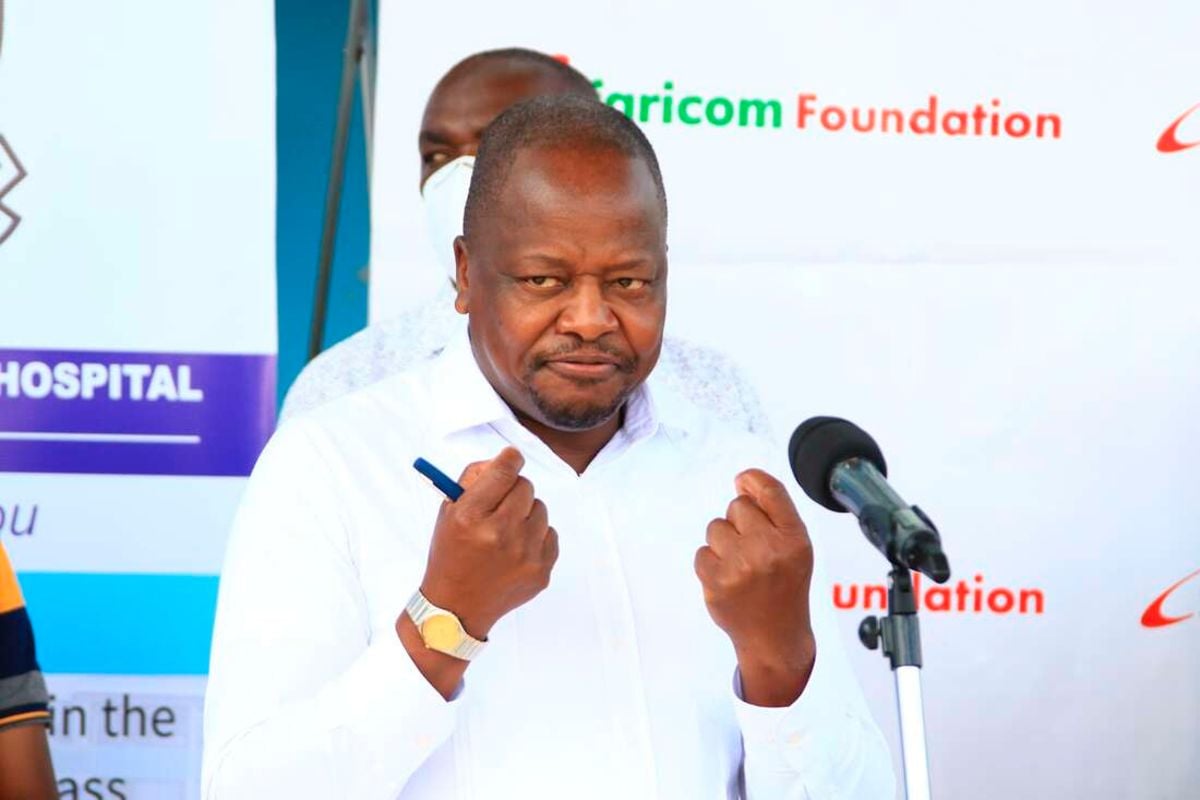 The Ministry of Health will recall vaccines from counties with a slow uptake and redistribute them to prevent expiry and wastage.

"We are going to take back vaccines that are lying idle in counties due to slow uptake and distribution. We cannot afford to have the jabs expire in our stores," he said, adding they will be dispatched to other counties.

Workers who operate in learning institutions have also been vaccinated, as the country prepares for the reopening of schools following the lifting of some Covid-19 restrictions.

Also read: In US, children return to school -- but so do the guns

The ministry also announced that the country’s positivity rate stood at 6.3 per cent, but urged sustained adherence to measures for containing the spread of the virus, CS Kagwe emphasising that “we are not out of the woods yet”.

"If we continue following the protocols from the Ministry of Health, there will be light at the end of the tunnel," he said in Nyeri after opening a high dependency maternity and newborn unit at the Othaya-KNH Annex Hospital.

Kenya’s Covid-19 death toll on Friday increased by 15 to 2,865. The ministry explained that five of the deaths occurred within the last one month while 10 were late reports confirmed during the audit of facility records.

The number of recoveries grew by 173 to 110,653, Mr Kagwe said, adding that 130 of the patients were under the home-based care programme while 43 were treated in hospital.

As of Friday, at least 1, 086 patients had been hospitalised across the country while 6,381 patients were being treated at home. Of those in hospital, 131 were under intensive care, 28 of them on ventilator support, 83 on supplementary oxygen and 20 under observation.

Another 111 patients were separately on supplemental oxygen, 103 of them in general wards and eight in high dependency units (HDU).

The CS also addressed the matter of variants, saying that besides the Indian one that is highly contagious, the British variant is also present in the country.

"The most dominant variant in Kenya is the British variant … people must follow what they are being told," he said.

"Now that the variant is here, we must continue to be vigilant to keep the variant at bay … this is our new way of life," the minister added.