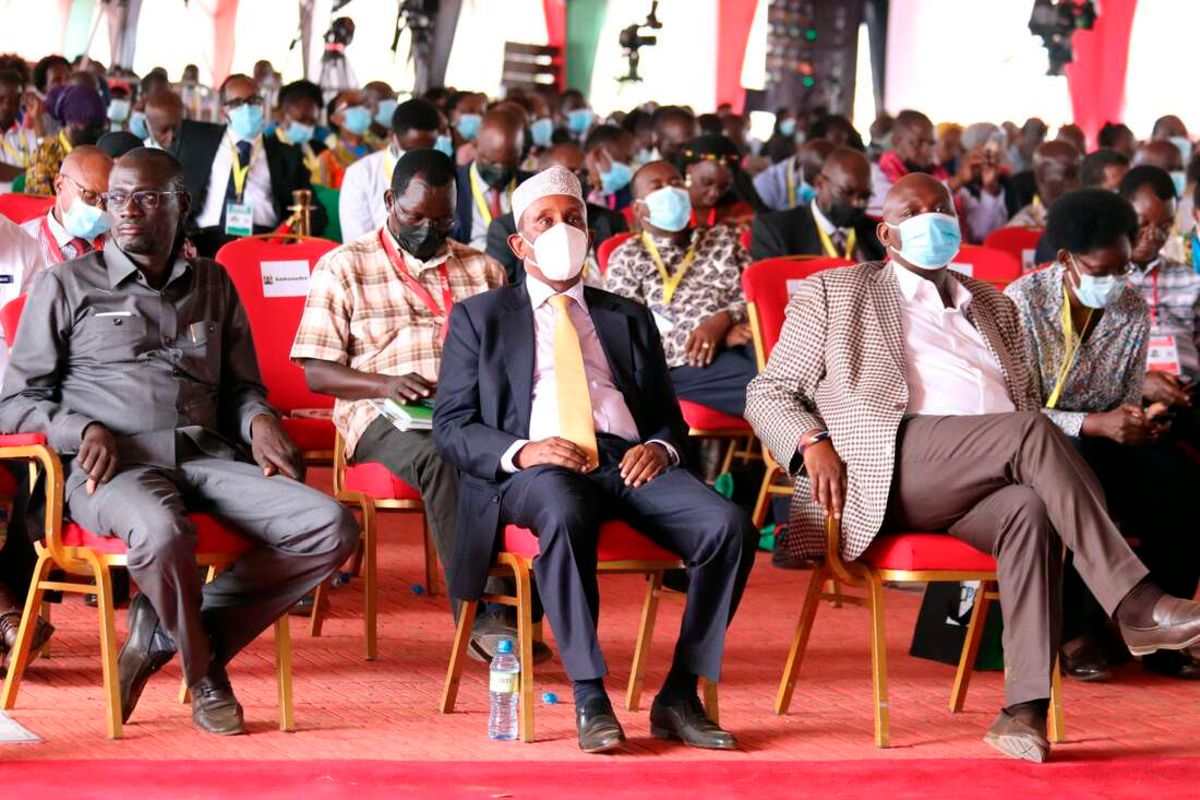 The organisers of this year’s Devolution Conference could not have come up with a more appropriate theme than climate change and how to deal with the vagaries associated with it at the grassroots, where it has the greatest impact.

Global warming is a worldwide phenomenon and one does not have to look too far to see its deleterious effects. The rains have failed this season, for instance, and a number of counties are already reeling from that failure. Even those areas that are usually self-sufficient in food crops may well require food aid if the situation does not improve soon.

Just the other day, the 26th United Nations Climate Change Conference (COP26) ended in Glasgow, Scotland, without any clear answer to the numerous questions on how to mitigate the effects of climate change for the most affected – poor countries in the Third World, the majority in Africa. Ironically, these countries play a minimal role in producing the greenhouse gases responsible for bringing about global warming. The outcome of past such conferences has always been the same – lofty speeches and wordy resolutions that end up sounding like academic dissertations delivered by people whose worldview is limited to solitary corners of the universe.

According to the United Nations, climate change consists of “long-term shifts in temperatures and weather patterns, mainly caused by burning fossil fuels which generate greenhouse gas emissions that trap the sun's heat and raise temperatures”. Fossil fuels, which include coal, oil and natural gas, are primarily responsible for producing greenhouse gases like carbon dioxide, methane, nitrous acid and, surprise, water vapour. This not only leads to global warming, it also makes people vulnerable to diseases like cancer and respiratory complications because there is scant protection from the sun’s rays.

One does not need to go into the science of the matter to realise that, indeed, the climate has changed tremendously in a relatively short period of time. For instance, though there have been periods of drought and starvation in the past, these have not been as frequent as they are now.

Secondly, natural water sources are disappearing at an accelerated pace. Of course, one of the reasons for this is that we have, with utter dedication, destroyed our natural habitat by felling trees for timber and firewood, uprooted the undergrowth and cultivated on riverbanks, thus putting the remaining number of wetlands on the endangered list.

Take, for instance, seasonal rivers; how many of these are left? How many have dried up? When I was a lad, I used to accompany my elder sister to a neighbouring rivulet to wash the family’s clothes on Saturdays. Of course, my role was merely hanging around, but I remember vividly how clean and refreshingly cold the water was. Alas, where the rivulet used to be is now a pile of rocks in a dell which only fills up with quickly dissipating flood water when the rain does fall.

If such a thing can happen in a mere 40 years, what will happen in the next 100? I am sure many readers will relate to this, although, of course, there are plausible explanations for this situation like that land sizes are getting ever smaller as the population rises and people have to eat those tubers that only grow in wetlands. They also have to live somewhere, hence the need to fell trees for timber. However, this does not preclude taking proactive measures to restore what has been lost.

Anyway, the reason the governors who came up with this most timely theme for their conference this year, ‘Multi-level Governance for Climate Action’ which ended in Makueni yesterday, is that finally, someone seems to have realised that the most durable solutions to climate problems are in the grassroots and not to be found in some conference hall in major European cities. These cities that host global conferences on climate change are the same ones that produce most of the greenhouse gases, and we in Africa bear the brunt of the ravages that include air pollution, depletion of water sources, desertification and other ecological evils.

And yet, because we are poor, we are in no position to adapt to these dire circumstances unless the polluters themselves decide to help us with the funds necessary to fight this life-threatening menace. As some singer once asked in different circumstances, “Where’s the justice?”

From what went on in Makueni, it is clear that someone has seen the light: Unless we help ourselves, nobody else feels under obligation to do so. We can start by taking a few simple steps like planting more trees to absorb the carbon dioxide produced by our factories, cleaning up rivers, doing away with charcoal and firewood in preference for relatively cleaner sources of cooking fuel, and enforcing anti-pollution laws on our roads.

At the moment, it is not possible to comment on the resolutions the governors will come up with, but these simple steps, accompanied by a resolve to encourage sustainable agricultural practices, will go a long way in making our environment a lot more habitable and a lot healthier.