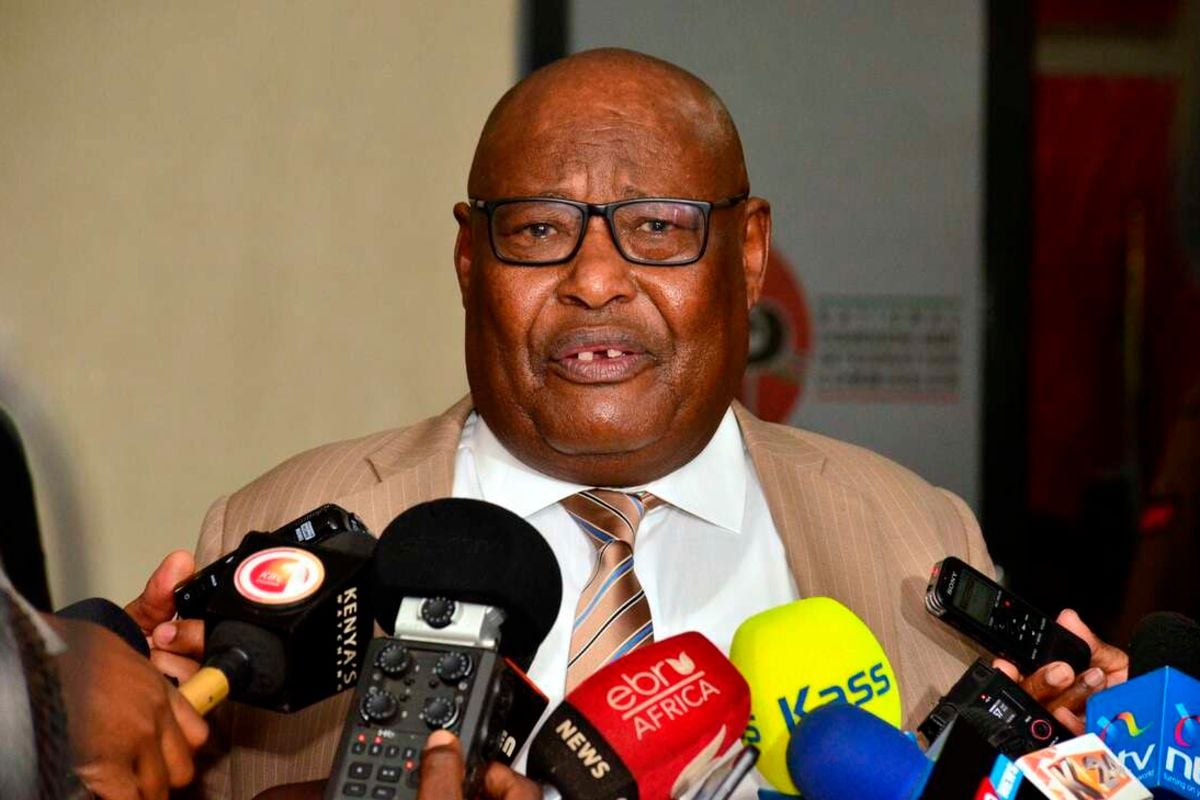 Former National Assembly Speaker Francis Kaparo and his wife are locked in bitter divorce proceedings after 40 years of marriage amid accusations of adultery.

Mary Mpereina Kaparo has filed for divorce, accusing her husband of cohabiting with another woman in a home in Kiambu.

Mrs Kaparo says in court papers that Mr Kaparo, former chairperson of the National Cohesion and Integration Commission, has been living with the woman she identifies as Korere Paulata in their house in Eden Ville.

She says her husband has admitted “that he has now married one Hon Korere Paulata” and previously acknowledged “having affairs with women unknown to me”.

She also wants her husband, who has raised doubts about the paternity of some of their children, to submit to a DNA test.

In divorce papers filed in a Kiambu court, Mrs Kaparo cites desertion, cruelty and adultery among the grounds for divorce.

She says their marriage has hit rock bottom and cannot be salvaged, adding they were married in 1981 under Samburu/Maasai customs and thereafter held a Catholic church wedding. They were blessed with four children: Bernard Kaparo, Stella Kaparo, Saidima Kaparo and Susan Kaparo.

Mrs Kaparo says problems in their marriage started in 2017 and she tried to salvage it, until Mr Kaparo recently moved out of the house and started seeing another woman in Kiambu, where both have allegedly settled.

“I have been severely affected by the respondent’s inhuman treatment, dishonesty, and immoral character and eventual desertion of the matrimonial home,” Mrs Kaparo says in court documents seen by the Nation.

“On several occasions, the respondent disappeared from the matrimonial home for a long period without any explanation at all, and he eventually went away.’’

She says she has “never consented to the respondent marrying another woman... and would never agree to share a husband”.

Mrs Kaparo told Kiambu chief magistrate Emily Ominde that one of her reasons for moving to court was to protect her rights to the vast matrimonial property the couple acquired jointly.

But in his response, Mr Kaparo has told the court that it’s his wife who has been adulterous and cruel.

“The respondent (Mr Kaparo) denies the allegations of cruelty, desertion and adultery and further avers that it is the petitioner who has been guilty of cruelty, adultery and desertion as herein specifically demonstrated,” Mr Kaparo counters in his replying affidavit.

Mr Kaparo cites an incident when he was bedridden in hospital for five months but his wife never visited him.

“The petitioner deserted the respondent and did not even for one day visit him when he was sick and bedridden for five months in hospital,” read the court papers.

He claims his estranged wife is “a constant drunkard, often gets wild when drunk” and he “has always tried to avoid violent confrontations, even to an extent of leaving the house in the middle of the night.”

Mr Kaparo alleges his wife also has a lover she has been cohabiting with.

“The petitioner has constantly caused physical, emotional and physiological torture on the respondent in an unprecedented measure of cruelty.”

Mr Kaparo has told the court he has on many occasions tried to salvage his marriage by engaging his estranged wife’s parents and elders without success.

He says his wife has “frustrated any efforts of reconciliation as is evidenced by her action of filing the impugned divorce petition.”

Mrs Kaparo has already secured a major win after the court ruled in her favour over DNA tests for both Mr Kaparo and the disputed children. The case will be mentioned on May 17 next year.