Dozens nabbed on Outer Ring for not using footbridges 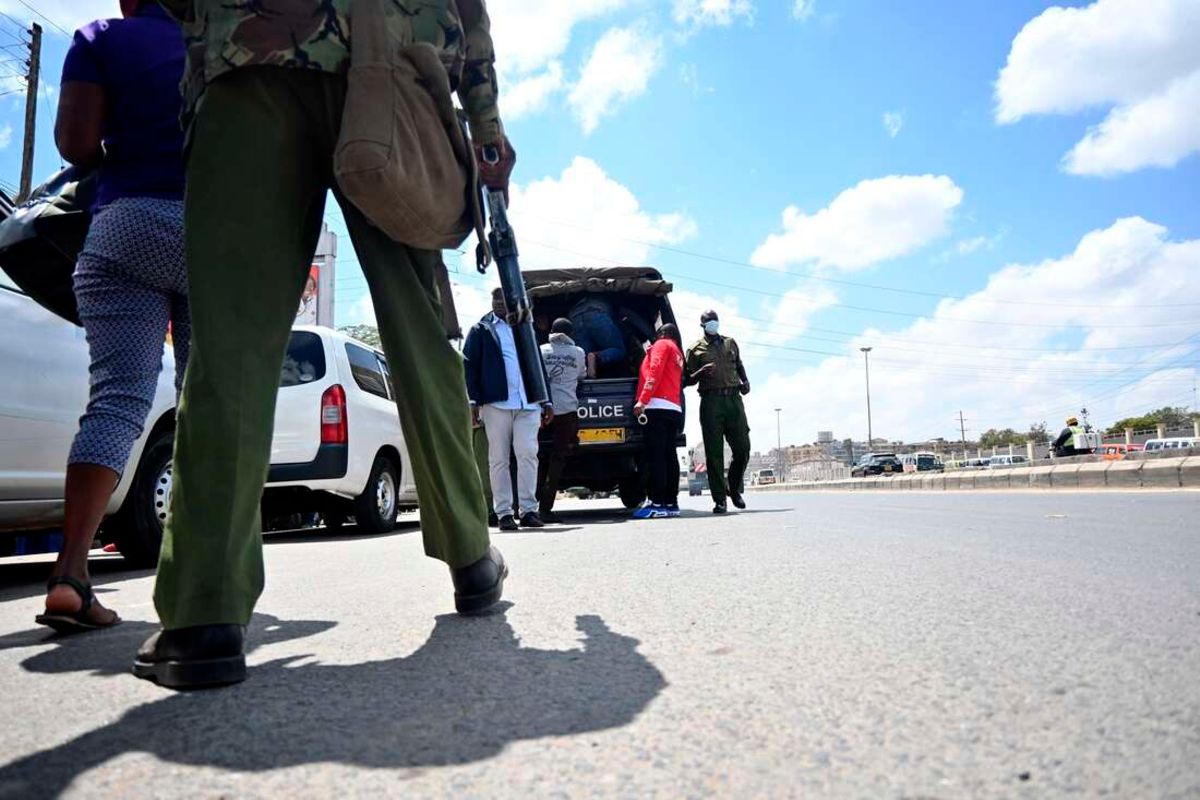 Chief Inspector Stephen Njoroge said the operation was conducted by the Kenya Urban Roads Authority (Kura) in conjunction with the Kenya Police.

Pedestrians who failed to use the footbridges that dot the road were bundled into two police vehicles, which made several trips to the City Court. They were fined between Sh500 and Sh3,000.

Those who could not pay the fines were escorted to police cells and will spend the weekend behind bars.

Kura has stepped up measures meant to reduce road carnage; among the measures put in place will be ensuring footbridges that are in deplorable conditions are cleaned and made user-friendly.

Kura Director-General Eng Silas Kinoti warned that pedestrians crossing roads at non-designated places will be arrested and charged in court.

“One of the major reasons is that Kenyans are always in a rush and they do not want to take a little effort to protect themselves,” he added.

He, however, admitted that it was a tall order for the agency but said they are working with the National Transport and Safety Authority (NTSA), and the police to sensitise people on the need to use footbridges.

“This needless loss of lives on our roads is unacceptable. The footbridges are there to protect their lives,” Eng Kinoti said.

He said that the reason they targeted Outer Ring was that it has recorded the highest fatalities after people avoid footbridges and run across the road and end up being knocked down.

“Statistics of the people killed in road crashes indicate that up to 40 percent of victims are pedestrians,” he pointed out.

“In order to reverse this trend, we have engaged in the rehabilitation of all footbridges and enforcement of their use. All the major city road bridges that were in deplorable condition have been cleaned and made user friendly.”

On boda bodas, he said, “Kura is currently in the process of drafting motorcycle regulations to regulate the activities of motorcycles and in particular boda bodas.”

He said in conjunction with the police, Kura and NTSA will ensure that they comply with existing traffic laws especially the requirement for the rider and passenger to, “wear helmets and reflective jackets and the requirement that only one passenger may be carried at a go and not use the footbridges.”

The invasion of these crucial pedestrian safety facilities risks making nonsense of the multimillion-shilling road investments already put up as well as others in the pipeline.

“The boda boda operators are also reminded that they are not exempted from traffic rules and any operator caught flouting them will be firmly dealt with,” he said.

At the same time, Eng Kinoti admitted that the reason that the footbridges are unpopular especially at night is that they are not well lit.

He said the authority was working to ensure that they are well lit in the next coming months.

The arrests generated serious tension within the Pipeline area as many people who spoke to this reporter expressed anger saying that notices should have been placed on vantage positions indicating that the bridge is ready for use.

“For me, I know the bridge has not been commissioned and no information has been given as to when pedestrians can use it. So for the police to storm the area and start arresting people for not using the bridge is brutality and abuse of power,” a pedestrian said.

Other pedestrians echoed the sentiments.

“This is not good. This can only happen in Kenya, we are tired. If they want us to use the bridge, Kura, police and NTSA should come and commission it and officially open it for us to know,” another pedestrian said.