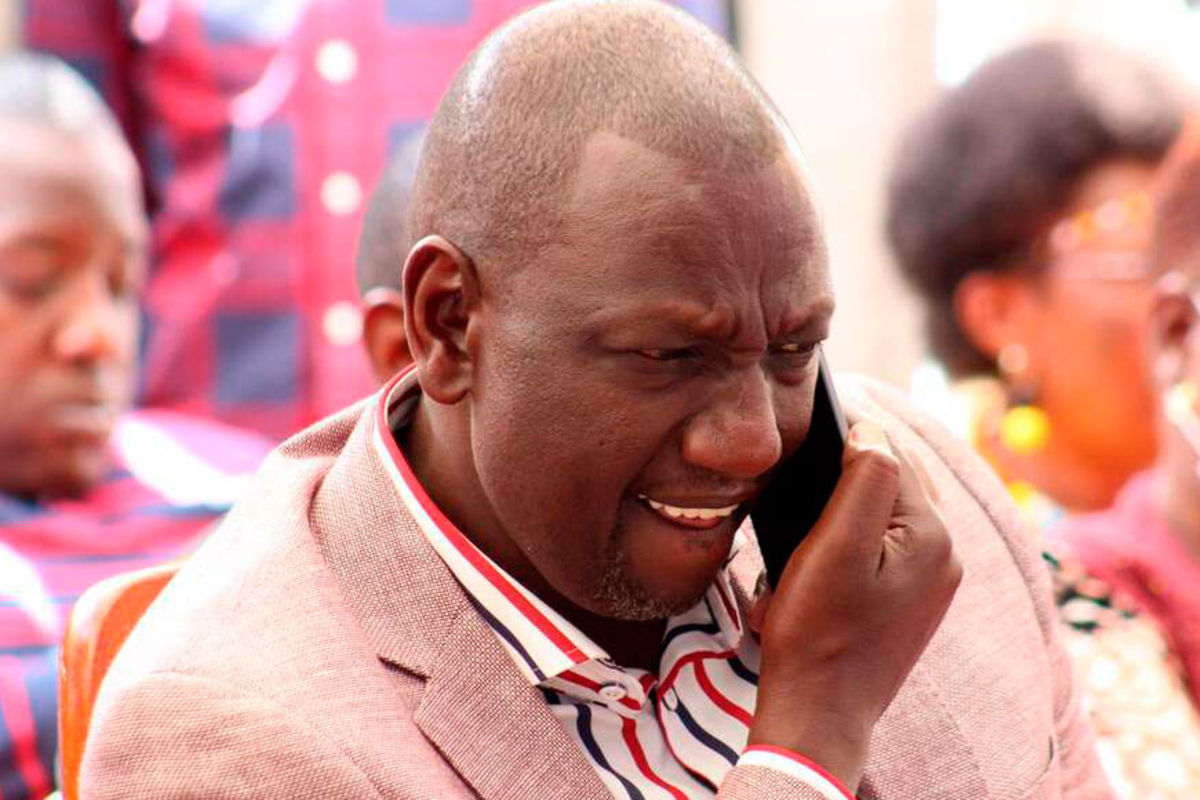 Deputy President William Ruto is headed for a political catch-22 after a number of his allies showed interest in gubernatorial seats in the vote-rich Rift Valley region.

The DP’s headache stems from the fact that many of the aspirants will be competing for his party’s ticket and could be banking on his help to secure nomination for the race.

Already, a vicious political fight is taking shape as the DP’s troops position themselves to dethrone sitting county chiefs as others seek to succeed those who have served out their maximum two terms in next year’s elections.

In Uasin Gishu, the DP’s home turf, the race to succeed Governor Jackson Mandago has begun in earnest.

Mr Kositany, who is the DP’s de facto spokesperson, and Mr Bitok, are both eyeing the United Democratic Alliance (UDA) ticket.

“My mind is made already that come 2022, whichever seat I will run for, I will run on a UDA ticket. We are done with Jubilee,” said Mr Kositany.

Mr Bitok has already started campaigning to succeed Governor Mandago after his first trial in 2013 hit a snag when it emerged he was being pushed by the DP.

As the succession battle gains momentum, Mr Kositany and Mr Bitok will be competing for the attention of Dr Ruto, putting the latter in a political quagmire.

“There is a lot of talk that I should go for the Uasin Gishu gubernatorial seat. I am listening to various stakeholders and will make a decision in due course. It is not yet official but it is something I am considering,” Mr Kositany said.

In Nandi, Senator Samson Cherargei is warming up to square it out with Governor Stephen Sang after their falling-out over alleged mismanagement of public resources.

With the two set to face off in next year’s polls, the intervention by DP Ruto to reconcile the duo may be fast losing its effect.

The senator has been heavily criticising Mr Sang and is banking on the ‘one man, one shilling’ formula – which is expected to give Nandi County an additional Sh1.6 billion – to shore up his popularity.

Governor Sang has in the past accused Senator Cherargei of attacking him in public forums instead of serving the public.

"You have been going round attacking me. Why don't you use that energy to improve the lives of our people?" posed Governor Sang in a past interview.

Mr Cherargei was, however, non-committal on whether he will take on the county chief.

He criticised Mr Sang for allegedly underutilising Sh2.5 billion meant for development in the last financial year despite several projects stalling due to financial challenges.

Dr Ruto has in the past tried to reconcile Governor Sang and Senator Cherargei.

A similar scenario is likely to play out in Bomet County between Governor Hillary Barchok and Senator Christopher Lang’at.

Mr Barchok took over the leadership of Bomet after the death of Joyce Laboso in July 2019. He will be seeking re-election.

But Mr Lang’at, who has been his critic, argues residents of Bomet will decide if he served them well in the Senate and should therefore go for the gubernatorial seat or if he should seek re-election for his current seat.

“I’m focusing on my role as a senator as we support the current county chief to deliver on what he promised the electorate. The people will decide,” said Senator Lang’at.

Former Baringo Governor Benjamin Cheboi, who is perceived to be a close ally of the DP's, will be battling it out for UDA nomination with the current county chief, Mr Stanley Kiptis, who is also Dr Ruto’s political friend.

During the DP’s rally in Kabarnet recently, the political rivalry between Mr Kiptis and Mr Cheboi played out as residents heckled the governor while cheering the former county boss.

The DP’s handlers have said UDA will field candidates in all regions across the country after careful vetting and will not be intimidated by anyone.

They added that, although most of them were elected on a Jubilee ticket in the 2017 General Election, the party was not careful in choosing its officials.

In Elgeyo-Marakwet, Deputy Governor Wesley Rotich and former Keiyo South MP Jackson Kiptanui are locked in a bruising battle to succeed Governor Alex Tolgos, who is serving his last term.

When the DP visited the county in February, he said: "I understand that the deputy governor is doing a great job. He is a good man who is working hard against the frustrations he is receiving from the governor's office.”

Elgeyo-Marakwet Senator Kipchumba Murkomen revealed recently they have embarked on popularising UDA so that come 2022, they will be the majority party in the county assemblies as well as in both the Senate and the National Assembly.

“We are planning to see to it that come next year’s elections, we will elect leaders from ward level to the presidency who are from Hustler Nation," he said.

"UDA will not repeat the mistake of involving people who will later abuse the party in its election and nomination of leaders and officials. We have been abused by the party we so much believed in,” he added.

In Turkana, four of the DP’s men are keen to succeed Governor Josphat Nanok.

In the equally vote-rich Mount Kenya region, some of Dr Ruto’s lieutenants are positioning themselves for gubernatorial seats and also hope to use their closeness with him to secure party tickets.

In Murang’a, Senator Irung’u Kangata is not leaving anything to chance in his bid to succeed Governor Mwangi wa Iria.

He told the Nation that he is still waiting for ‘God’s’ voice before coming out publicly on his next move, noting that he is currently concentrating on working for those who elected him.

“I am waiting for the voice of God because, as Otto von Bismarck said, a statesman must wait until he hears the steps of God sounding through events, then leap up and grasp the helm of his garments,” he said.

In Nakuru, Senator Susan Kihika has already formally declared that she will vie for the county’s governorship come 2022.

“I am definitely going for it. In the whole country, we had three female governors. But, after the demise of (Dr) Joyce Laboso, we now have two. In 2022, I want to join the league of women governors in Kenya,” said Senator Kihika.

Ms Kihika has been making inroads in the male-dominated political arena, rising from a county assembly Speaker to become a senator.