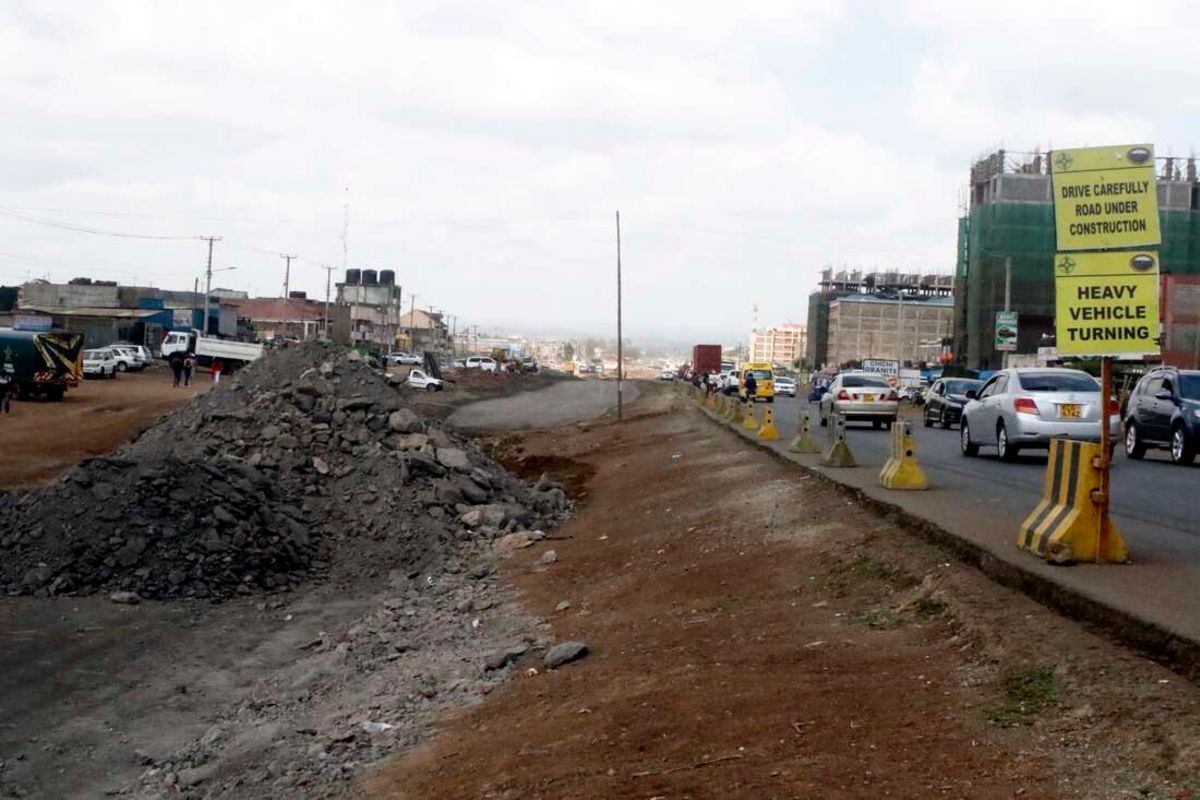 The dualling of the Eastern Bypass has commenced with the project set to take 12 months, the Kenya Urban Roads Authority (Kura) has announced.

This follows signing of a contract between Kura and the China Communication Construction Company (CCCC) who will be working on the Sh12.5 billion project.

In October this year, the State borrowed Sh2 billion to undertake the dualling of the bypass which stretches from Mombasa Road to the Thika Superhighway.

According to Kura Director General Silas Kinoti, the contractor has already commenced works in several sections of the road that have no traffic challenges.

Mr Kinoti explained that the 28km project, funded by the government of Kenya, involves upgrading the busy bypass to four lanes in some places and also six lanes in others to ease traffic in the capital and its environs.

GIBB consultants were tapped by Kura to carry out feasibility study on the project and presented their preliminary detailed designs for the dualling work in April, 2017.

The multi-billion-shilling project is aimed at easing the growing traffic on the key road that links motorists from the Jomo Kenyatta International Airport (JKIA) and Mombasa-Nairobi highway to Thika Superhighway, bypassing the congested central business district.

Nairobi traffic jams are estimated to cost the Kenyan economy Sh100 billion every year, or about Sh11 million per hour.

Further, the project will see the installation of other amenities like street lights and walk ways along the bypass that stretches Embakasi Barracks to Ruiru-Kiambu Road Junction.

“We expect to complete the project within 12 months and ask Kenyans to cooperate with us and give us the support needed,” said Mr Kinoti in a statement to newsrooms.

Mr Kinoti added that when completed, the project is expected to transform the fortunes of the people living along the bypass, Kangundo Road, all the way to Kamakis and Wembley area through increased economic activities.

“It is also expected to attract more investment within the area and create more employment opportunities to the populace,” he said.

The road, one of the Vision 2030 infrastructure projects, was designed during the term of the Grand Coalition government.

The dualling of the road is part of 11 infrastructure projects that the Kenyan government delegation showcased to global investors during the two-day Belt and Road Forum for International Co-operation in Beijing, China, in May 2017.

The Ministry of Transport is set to complete works on four bypasses, with motorists expected to start using the roads from January next year.

The Eastern, Western, Northern and Southern bypasses will significantly cut the time motorists spend on unending traffic snarl-ups as they transit through the CBD to their destinations.