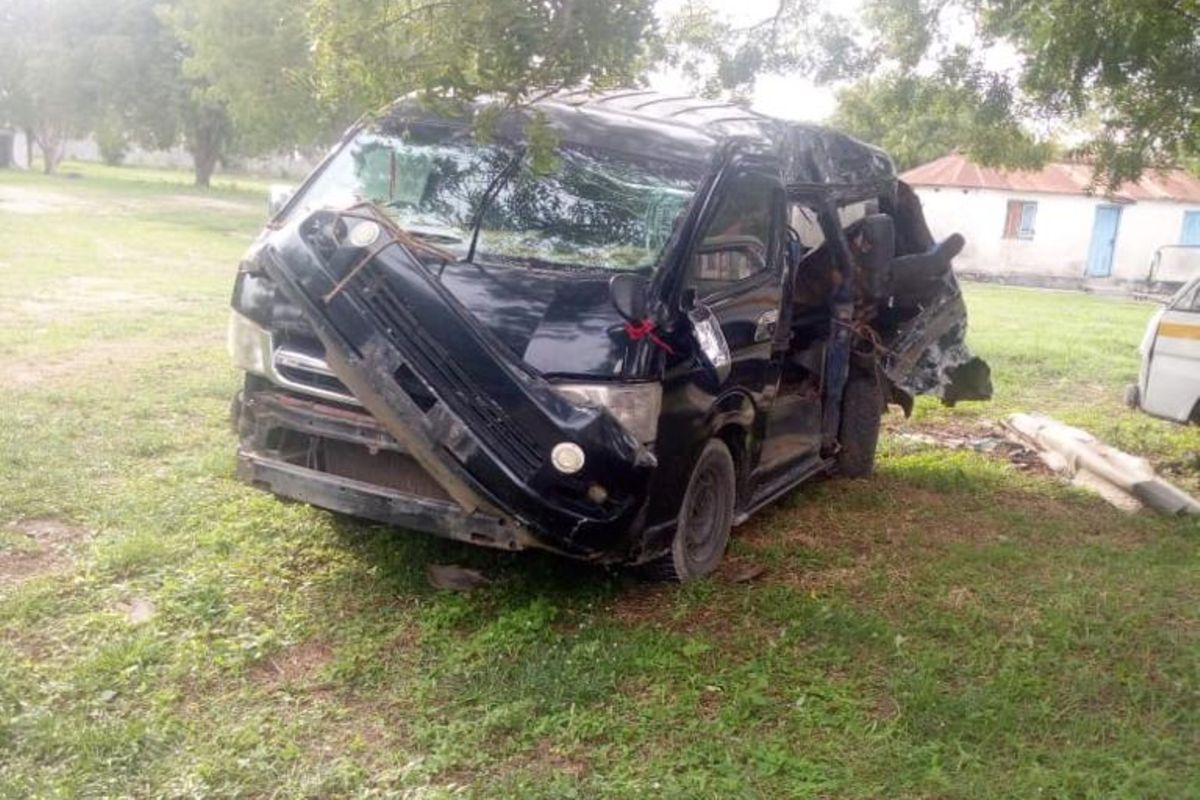 Five people were killed following a grisly road accident at Shangia, at Mariakani on the Mombasa-Nairobi Highway on Thursday afternoon.

Among those who perished included a woman and four men.  Two people died on the spot while the other three succumbed to their injuries while receiving treatment at Mariakani Sub-County Hospital.

Confirming the incident, Kaloleni Sub-County Police Commander Ezekiel Chepkwony said the 12.55pm accident involved a hearse from Nairobi that was heading to Mombasa and a lorry which was coming from the opposite direction.

Mr Chepkwony said five other passengers who sustained injuries from the accident are currently admitted to Mariakani Hospital in Kilifi County.

"The driver of the hearse from Nairobi was trying to overtake another vehicle when the vehicle hit an oncoming lorry on the side and veered off the road before landing in a ditch," said Mr Chepkwony.