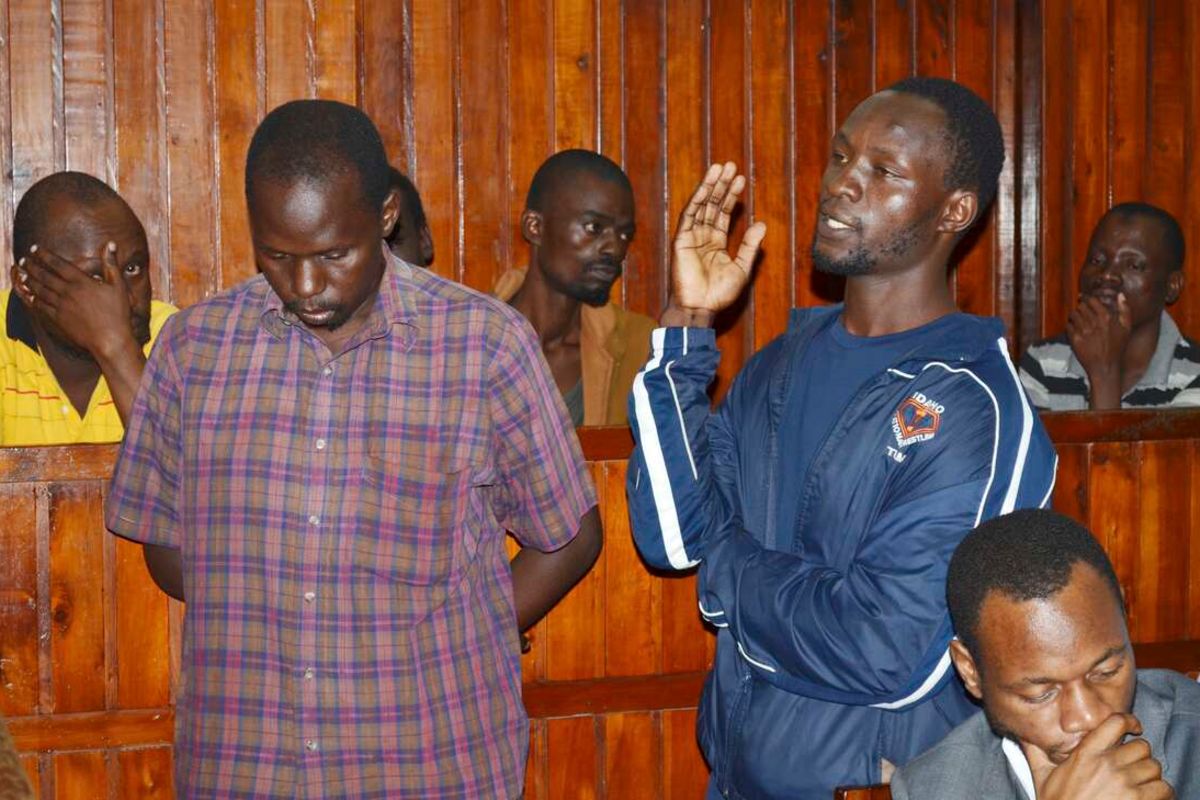 Barely two years after securing his freedom, Robert Waliaula Kinisu, sentenced to death in 2018 for robbery with violence, is behind bars again for killing a businesswoman and concealing her body in a wardrobe.

Kinisu made headlines in 2016 for violently robbing and killing Mombasa-based model Janet Adhiambo Asuna at her residence in Kizingo, Mombasa.

He was tried, found guilty and sentenced to death by a Magistrate Court but was acquitted by the High Court in 2019 on appeal after serving one year in prison.

He was acquitted even after evidence in court confirmed that Kinisu had withdrawn Sh26,600 from the woman’s M-Pesa account at three outlets days after she was murdered.

He had used his own identification document in the transactions, explaining to the M-Pesa agents that Ms Asuna was his sister and that she was sick and could not walk to the shops to withdraw the money.

Now, two years later, Kinisu has been arrested again and charged with the murder of Mtwapa businesswoman Jacqueline Ngina Kitheka.
Court documents show the suspect allegedly murdered the woman and placed her body in a wardrobe at her residence before taking off with her valuables, including her mobile phone.

Ms Kitheka, a mother of two, ran a clothes business in Mtwapa and sold swimwear and other items to foreign and local tourists at Pirates beach.

The court heard that the suspect attacked the woman at her residence in the Marina area of Mtwapa, killed her and concealed her body in the wardrobe.

The state alleges that the suspect committed the murder between May 3 and 6, this year.

In an affidavit opposing bond for Kinisu, the officer investigating the matter, Diba Halake, said the suspect is a flight risk, has no fixed abode, and had schemed to escape to Uganda at the time of his arrest.

“Kinisu is a man of questionable character, violent and with loose community ties thus should be denied bond. We ask that the suspect be placed in custody until the case is heard and concluded,” Mr Halake said.

Justice Anne Ong’injo allowed police to detain the suspect until a key witness that he had tried to dissuade against cooperating with the police tenders her evidence.

“It is my considered view that it would be prudent that the issue of the accused person’s release on bond be revisited after the witness has testified. He shall, therefore, be remanded in custody during his trial and until further orders of this court,” the judge said.

In the earlier murder case, Kinisu was found with Ms Asuna’s mobile phone but this evidence was rejected by the High Court because it lacked a certificate confirming that the gadget indeed belonged to her.

In that case, Kinisu faced two counts of robbery with violence and stealing.

He was charged that on June 7, 2016, he robbed Ms Asuna of a cellphone, a sandwich toaster, an iron box, and a mobile phone charger, all valued at 19,500, and that during the robbery he used personal violence and killed her.

Kinisu allegedly used a wooden stool to batter the woman to death.