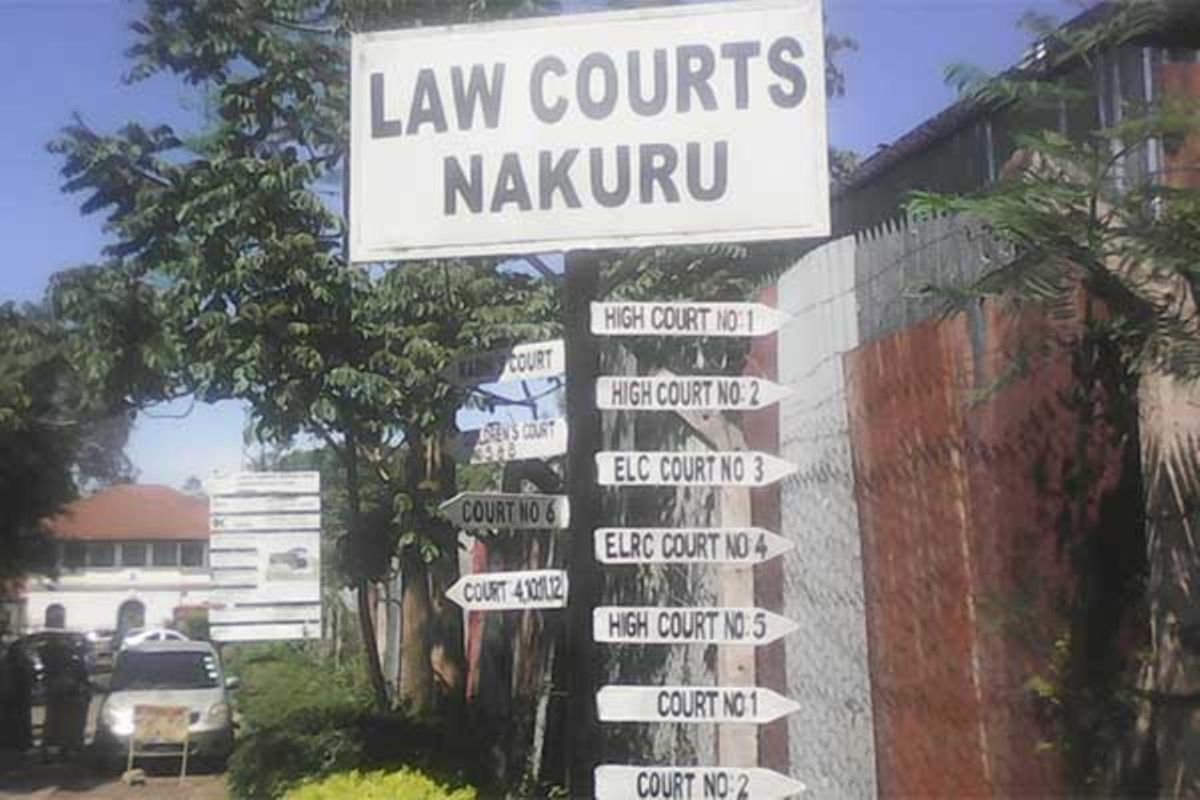 A Geothermal Development Company (GDC) clerk was on Friday charged at a Nakuru Court with killing his wife following a domestic dispute.

Ochieng is accused of killing Ms Njeri Kamande on October 5 at their rented apartment near Afraha stadium, Nakuru town.

The court heard that he attempted to kill himself afterwards by jumping from the fourth floor of his rented house.

Mr Ochieng, who apppeared in court virtually, was however denied bond after he was found to be a flight risk.

According to Ms Rotich, the accused allegedly attempted to flee the scene of crime after the incident before he was apprehended by neighbours who handed him over to police officers.

“After the accused stabbed his wife, he jumped over the house’s balcony and over the fence of the apartment where they lived. If he is released he will not adhere to bond terms,” Ms Rotich argued.

She said that the prosecution is convinced that the accused will abscond court because he has no fixed residence where he can easily be found.

“The crime scene is his residence and the prosecution is unsure where he will live after being released on bond,” added Ms Rotich.

She further told the court that the suspect may interfere with witnesses, including his step-daughter and other witnesses who are in the custody of his neighbours.

"To ensure the safety of the minors and that of neighbours who are witnesses, the accused should not be realesed," the prosecution said.

She revealed to the court that Ochieng also had no known place of employment.

However, in response, Ochieng said that he was a clerk at GDC and that his relatives live in Nakuru.

He denied claims that he attempted to flee after the incident, saying he was trying to call his neighbours for help.

“The deceased was my girlfriend and I am not the stepfather of the minor. I am willing to stay away from her and other neighbours if released,” he told the court.

The court ordered for a pre-bail report about his behavior to be filed before giving its verdict.

The judge directed that the suspect be detained at the Nakuru GK Prison.

The case will be mentioned on November 3.