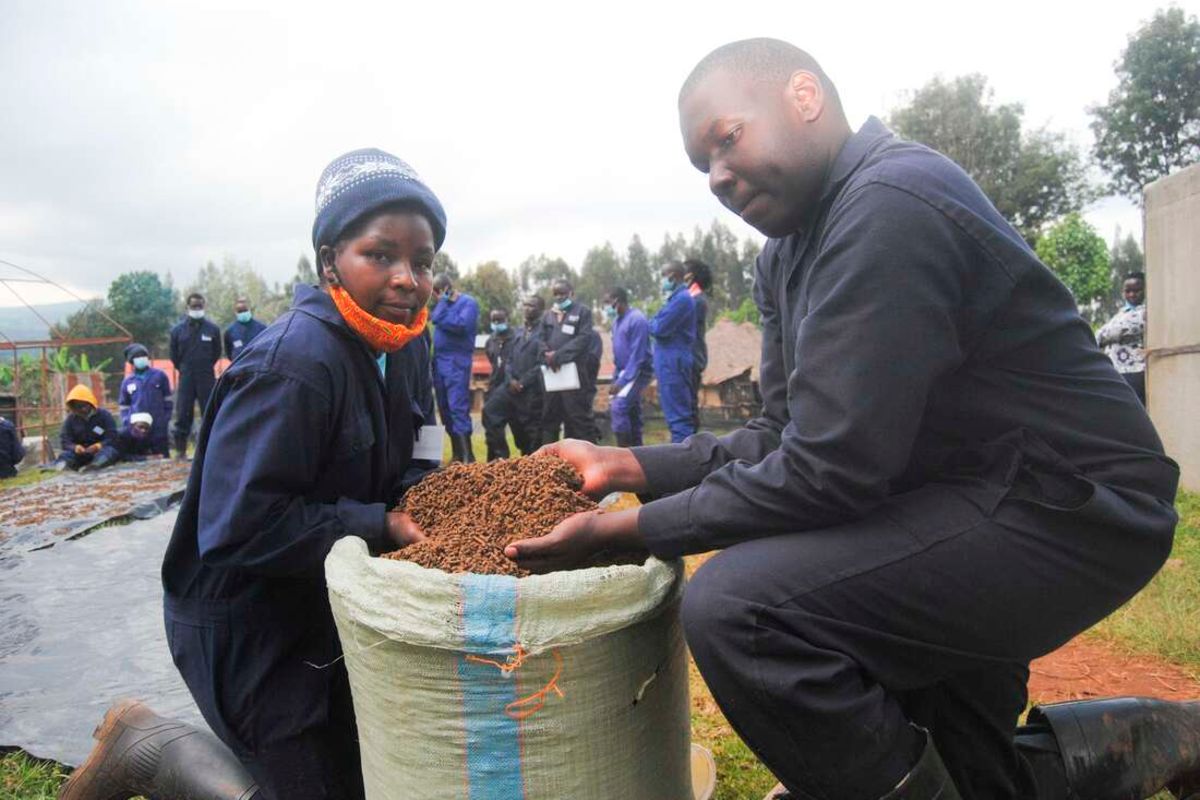 As the cost of livestock feeds rises considerably, making it harder for farmers to access them, arming yourself with feed-making skills will greatly help to cut costs.

While many poultry and dairy farmers have grasped the basics of feed-making, a majority of fish farmers solely rely on commercial feeds. But what does it take to make fish feeds and how does one feed them?

Edwin Kimtai, a livestock scientist and a trainer at Baraka Agricultural College in Molo, Nakuru County, notes that a farmer requires sources of proteins, carbohydrates and vitamins.

“For proteins, one can use soya, sunflower, omena or caliandra and for carbohydrates, pollard or bran and spinach and dicalcium phosphate for vitamins and one also adds lime and molasses, which serves as a binding agent,” says Kimtai.

Bii Baraka, a fisheries officer from Agriculture Sector Development Support Programme in Nakuru, notes that one must ensure the moisture content in the ingredients is not be more than 13 per cent to avoid aflatoxin contamination.

“These ingredients have to be milled before making the feeds to reduce the particles when processing. This can be done by using a hammer or any machine that can mill into sizes.”

Molasses is mixed with water in a ratio of 1:2. One part of molasses and two parts of water is required to have a complete solution as one mixes the materials uniformly.

The molasses added depends on the amount of feeds the farmer intends to make, explains Kimtai.

The ingredients should be mixed thoroughly, molasses added and then put in a pelletiser to end up with pellets.

“One can use an electric machine, but for a small farmer, a manual machine works well. Once pressed in the machine, the pellets come out effortlessly.”

The feeds are made depending on the age of the fish, says Bii.

Juvenile fish of (0.02-10g) need a diet higher in protein, lipids, vitamins and minerals and lower in carbohydrates.

Once the pellets are out, Kimtai explains, they need to be sundried to allow the moisture to evaporate.

“After the pellets are dry, they are ready for consumption. One feeds the fish according to their ages and feeding schedule.”

Kimtai, who recently held a training for students and fish farmers, encourages feeding fish twice a day, at around 11am and at 2pm.

“Fish is very active between this time thus would utilise the feeds well. Second, the more you feed them, the more feeds you waste. Feeding twice enables the fish to consume all the feeds and increase growth rates. A farmer will thus harvest the fish at the ideal time of five to six months as long as they have good management.”

Kimtai says it is wise to train fish how to feed while in the pond.

“From day one, put the feeds at one corner of the pond from where they will learn to feed. This will cut the cost of production and waste since the pellets will not spread all over the fish pond.”

Feed formulation, according to him, reduces the cost of production by up to 30 per cent.

To safeguard the fish from predators, he advises that the pond should be covered with a net.

And more water is required in the pond to boost oxygen level and prevent the fish from suffocation.

“Farmers need to add water in the pond more often, especially when they notice a kind of suffocation from the fish. It is also advisable to monitor the water clarity, when it is poor, it is time to change so that one does not compromise on the growth rate due to stress,” says Kimutai.

For starters, 10-metre squared pond that is earthen or where a dam liner is used, can host 500 fish.

“Catfish is the best to stock alongside tilapia since it is carnivorous and can feed on anything like snails or excess tilapia controlling over population in a pond,” he says.

For urban farmers, one can make an over the land pond, which requires a greenhouse and two water tanks cut into half. The tanks should have inlets and outlets.

The overhead fishpond enables one to practice aquaponics, a production system where one rears fish and grows plants that use nutrient-rich water from the pond and they can as well keep chicken.