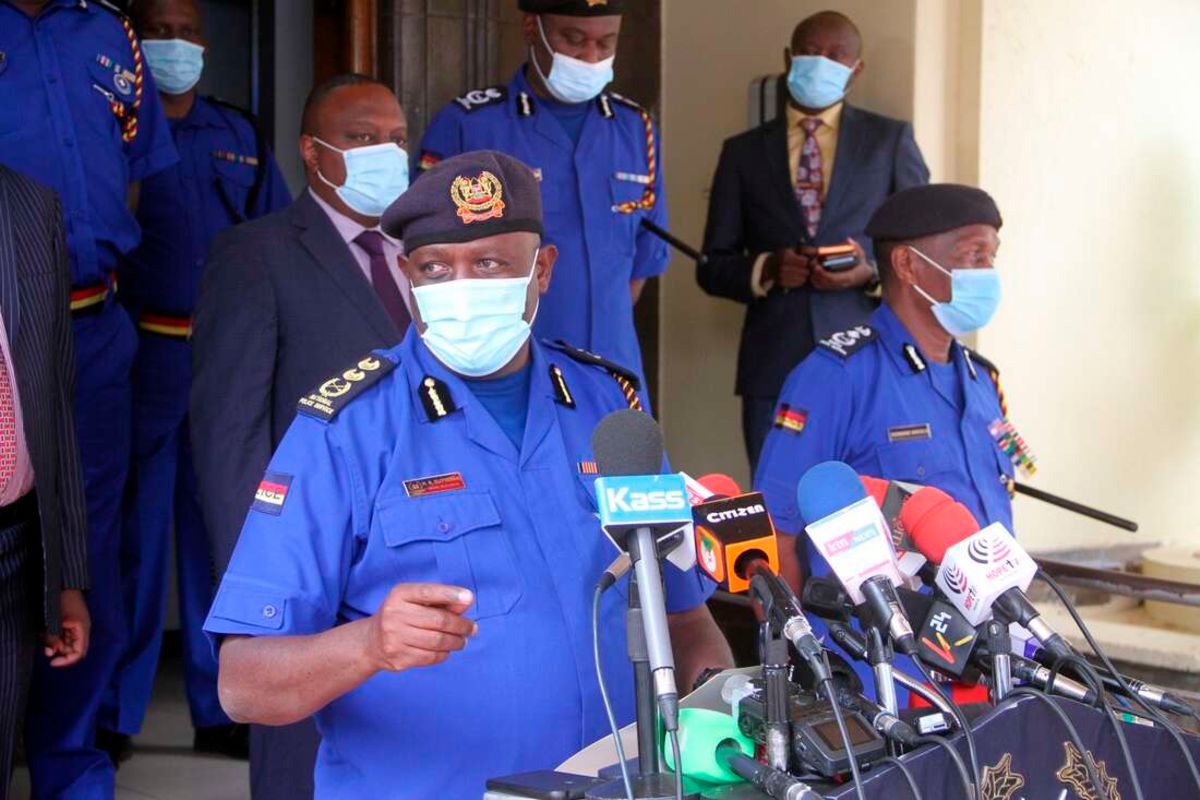 Inspector-General of Police Hillary Mutyambai has bowed to public pressure to look into the affairs of about 1000 graduate constables whose November salaries were dramatically slashed, leading to an uproar.

In a bid to address the problem that has caused uncertainty in the service, Vigilance House has instructed all regional commanders to immediately submit statistics of graduate officers in their ranks.

A November 26 signal states the lists are to be submitted by today before President Uhuru Kenyatta attends the passing-out parade for 2,610 recruits at the National Police Training College in Embakasi.

Friends and relatives of the graduating officers have been locked out of the ceremony as part of the ongoing measures put in place in light of prevailing terror threats.

“Urgently submit a list of graduate officers of other ranks from your respective commands. Your replies to reach this headquarters in excel format by November 29 at noon without fail,” states the memo.

Officers who spoke to Nation said the letter shows the NPS leadership may be working on a solution to the problem.

“I don’t know why it’s a big fight with graduates yet the majority in the service are beneficiaries of the same kind of promotions. If the move to shift graduate constables from job Group F to J was illegal, why don’t they demote all officers in other ranks that were promoted using the same criteria?” posed an officer.

The officers, who have been earning Group J ‘Inspector of Police’ salaries under the designation ‘graduate constables’, were shocked to receive Group F salaries, which are equivalent to the salary of police constables.

Many had committed parts of their salaries to servicing loans and other statutory deductions. They are unable to meet their monthly basic requirements of rent, food and upkeep as their payslips are reading salaries as low as Sh53, Sh18, up to negative Sh7000.

The downgrade affected officers from all formations, including the Directorate of Criminal Investigations, with fears that many of them could engage in crime to supplement their income.

Police Spokesperson Bruno Shioso, however, played down the memo. “It is an internal administrative communication, which is classified as “secret” and not for public consumption by now. It’s a leaked document,” he said.

Mr Shioso said slashing of salaries was informed by the Court of Appeal ruling No 352 of 2019 that was delivered on September 23.

“That, unfortunately, is the position that we must respect and enforce. I empathise with the affected officers since no one can bear diminished earning capacity. That said, this is a legal and policy issue rather than an administrative one. It’s also a cross-cutting issue affecting the National Police Service Commission (employer), NPS, salaries and remuneration commission, Judiciary and the Treasury,” he said.

The affected officers are planning to sue their employer, saying the Court of Appeal ruling applies to just a section of graduate constables who were yet to be upgraded to job Group J and not those that won a similar case in 2018.

The NPS has been attempting to implement a March 7, 2018 directive by the then-NPSC chairman Johnston Kavuludi that sought to “clean-up” the payroll. It noted that some officers had been added to the payroll “without the approval of the commission”.

Graduate constables moved to court to protest the move and won the case. They then obtained a consent order blocking the salary deduction implementation at the Nairobi Employment and Labour Relations Court on November 14, 2018.

Cotu legal officer Charles Omanga, who is representing the officers, said the consent order has never been appealed and does not affect this lot of graduate constables.

“We shall be moving to court to have NPSC compelled to reinstate the officer’ job groups and deducted salaries. If not, they be committed to civil jail for being in contempt of a court order,” said the lawyer.

The petitioners insist that a 1995 directive by the directorate of personnel that states that any police constable who attains a degree be promoted to the position of inspector, is still in force.

NPSC claims it developed career progression guidelines for uniformed personnel in 2016 upon its inception, overriding the 1995 directive.