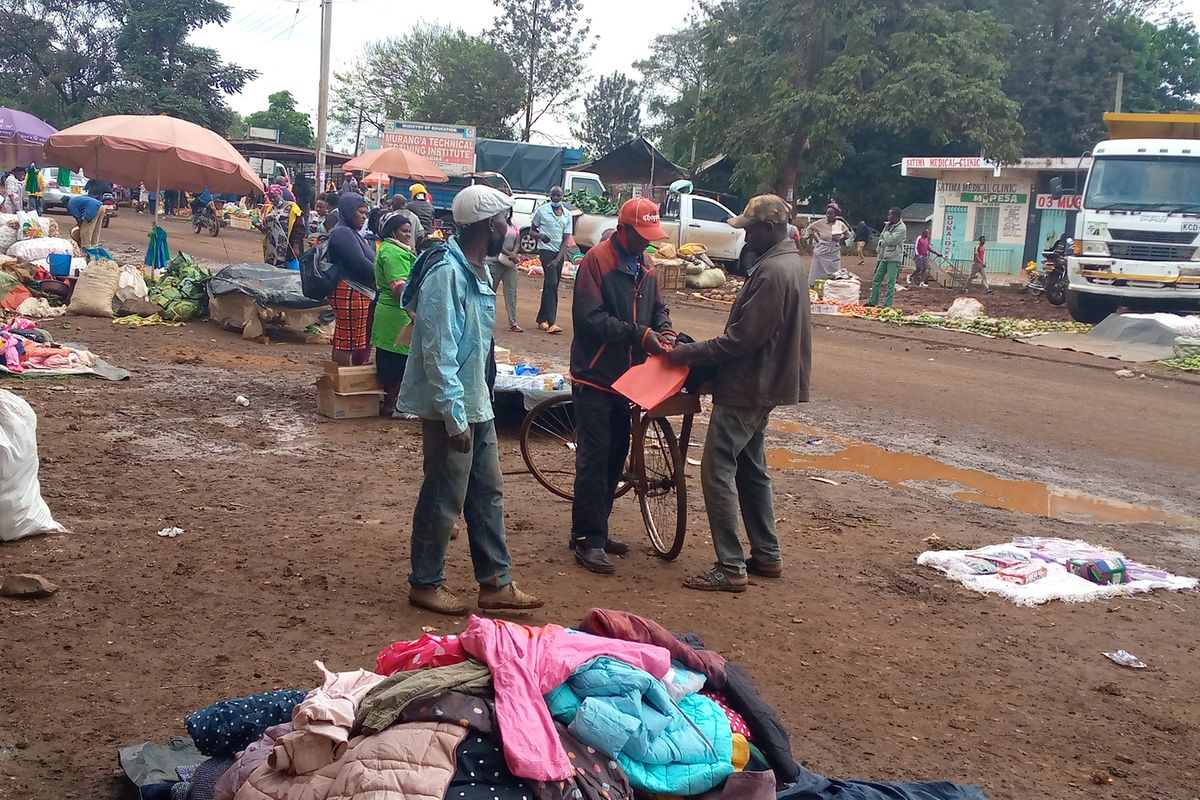 Betrayed by its politicians, administrators, police and local tycoons, it was only a matter of when and not if Maragua town in Maragua constituency would degenerate into shame.

In its 50 years of existence, runaway crime has been the order of the day, with abductions, teen gangs, narcotics and illegal brews topping the list.

Maragua had a good master plan at its inception, which has never been fully adopted and keeps being updated.

Politically, the town is under Maragua constituency, established in 1997, and administratively it is under Maragua Division and has a police station, with Maragua Level Four Hospital being the main public amenity.

If its development plan had been implemented, the town would be home to the governor’s residence, a banana value addition plant in Ichagaki ward, a Kenya Medical Training College campus in Nginda ward and a courthouse in the town centre.

It should have a recreational park, a modern open-air market that is planned to sit on 20 acres to support Vision 2030 and a wines and juices plant.

For its security, the town, according to that plan, should have a permanent base for the Special Crime Prevention Unit of the Directorate of Criminal Investigations, promised the town in 2013 by the Inspector-General of police at the time, David Kimaiyo.

“We were also promised a livestock breeding project for 100 youth groups... some Sh30 million was set aside by the government but politicians and some administrators killed the project and the cash disappeared,” says Youth Forum chairman Mixson Warui.

Mr Warui wants area politicians to work with local tycoons and offer incentives that will see industrial parks established to absorb the jobless.

“We have Peter Munga, Equity Bank's former chairman. He has invested in schools and processing plants in the area, providing livelihoods to hundreds of locals,” he said.

“We should see other tycoons doing the same, facilitated by our county government and supported by other elected leaders. Lack of such support made a battery manufacturing plant by a private investor close shop, less than a year after it opened.”

He said the current formula of arresting and jailing jobless young people who make a living from crime is only aggravating the vicious cycle of poverty. After serving their terms, he said, they return to joblessness and hence more arrests and more jailing.

Ichagaki MCA Charles Mwangi said the project collapsed in 2018 after the groups targeted had destroyed all their illegal distilleries and made a public declaration not to commit crimes.

“But they were abandoned at the most critical moment. The result is that the youths hit back by perpetrating more violence in the society and venturing back into daring narcotics and illicit brew trade that won’t go away anytime soon,” he said.

Murang’a South Police boss Alexander Shikondi says a majority of young people engaging in crime are energetic and generally good-hearted. If they expressed a genuine desire to reform and be supported to venture into honest livelihoods, they can serve to make the area a haven of peace," Shikondi said.

“But until that happens, our duty remains to protect lives and property, and criminals will continue facing arrests and prosecutions. We have exceptions where we go for rehabilitative justice, especially for juveniles, but generally we will not relent in ensuring the rule of law is the currency,” he said.

As the town became synonymous with crime and poverty, investors avoided it and even banks closed shop.

Today, the town, whose daily cash flow is rated by the Kenya National Chamber of Commerce and Industry at between Sh20 million and Sh40 million, is served largely by several small-scale saccos. Equity bank has an ATM in the town. Amicus sacco also has operations there.

To fill the huge gap, the town is awash with shylocks, who charge crushing interest rates and thus aggravate the financial misery of a majority of small-scale entrepreneurs.

Mr Okello said the government has established a Sh800 million water project to reduce the burden of waterborne diseases. He also said security agencies have sustained the war on organised gangs.

“We are pushing for our full share of development projects that we are sure will elevate us to municipality status. Maragua would be today the biggest industrial hub in the county had its opportunities been taken seriously. We are today crippled owing to poor political management where vote baskets determine where projects will be hosted,” he said.

Mr Maluki says the town’s Ichagaki, Nginda, Maragua Ridge and Samar areas are neglected because of their low numbers of votes compared with areas like Makuyu and Kamahuha.

Mr Maluki says the only way out now is for Maragua to win a municipality status and have Rurago and Samar sub-locations merged to form Maragua township.

“This way, we will have brought the government closer to the people where the town will have its own independent security committee and... development committee that will win back all the projects that have been abandoned,” he said.

Mr Maluki fears that the land set aside for the projects is more than 100 acres and the rescheduling of sites is a ploy to reserve the public land for grabbing.