I will lay down my life for Nigeria, says President Muhammadu Buhari 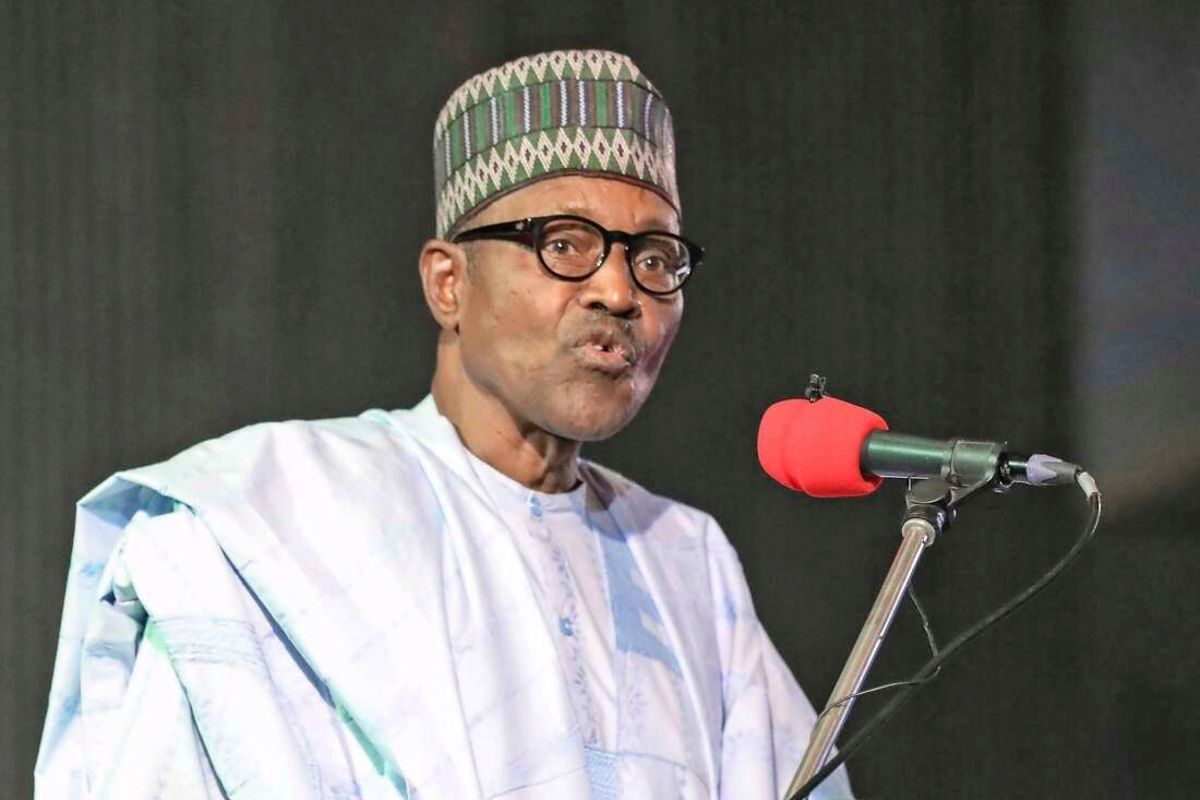 Nigerian President Muhammadu Buhari has said that he is ready to lay down his life for the country. The Nigerian Head of State said this as the country marked Democracy Day on Saturday.

While addressing the country on issues including constitutional reforms, corporate existence of the nation and infrastructural development strides, the 78-year-old former Army General said: “The day I joined the Nigerian Army I was prepared to lay down my life for Nigeria. As your President I remain ever committed to upholding and defending Nigeria’s corporate existence.”

President Buhari, a former military head of state who fought in the 30 months Nigeria’s civil war of 1967-1970, added: “In adhering to the Fundamental Objectives and Directive Principles of State Policy notably section 14(2)(b), I shall do all within my power to ensure that the security and welfare of the people remain the primary purpose of government,” he said.

President Buhari said that his government is not against the ongoing agitations for constitutional reforms to restructure Nigeria.

Nigeria June 12 adopted as Democracy Day by Act of Parliament which shifted the Day from May 29 of every year. On June 12 of 1993, a historical presidential election deemed to be the freest and fairest, won by a Muslim-Muslim ticket of a business mogul Moshood Abiola, was annulled by military junta of Retired Gen Ibrahim Babaginda.

He said that the government recognised the need to acknowledge notions of marginalisation and agitations for constitutional amendments among various segments of the over 210 million population.

He vowed to ensure that the security and welfare of all citizens remained the primary purpose of the government and expressed optimism that the nation would come out of its current challenges stronger. Africa’s most populous West African nation counts the pains of terrorism, banditry, secession violence, and other divisive issues.

President Buhari said: “Overcoming the present challenges is but one of a necessary process that we have to undergo as a nation so that we can come out stronger.”

On unveiling the various financial interventions to security institutions, he said: “I have provided the security agencies with all they required and I will be providing more as the dynamics unfold to put an end to our security problems.”

“My strong belief in the Nigerian spirit gives me comfort that we are facing these challenges with renewed commitment to keep our country one,” he said.

He explained he had approved the establishment of Infraco Plc, a world-class infrastructure development vehicle which is focused on Nigeria with a capital structure of $32 billion (N15 trillion).

The company, when fully functional, would address the nation’s infrastructural deficits and subsequently transform the economy.

He said that he had succeeded in accelerating infrastructure development through sensible and transparent borrowing, improved capital inflow, improving and increasing revenue by capturing more tax bases and prudent management of investment proceeds in the Sovereign Wealth Fund.

He said that Itakpe-Warri Standard Gauge rail was completed and commissioned 33 years after its construction began.

He stated that the Lagos-Ibadan double track railway line, which he inaugurated on June 10, 2021, had commenced operations.

“We are focused on ensuring that our infrastructure drive is key to economic growth and one that can be felt by every Nigerian. Building critical infrastructure in our ports is also opening up opportunities for the Nigerian economy,” he said.

“We have worked at deepening our Eastern ports leading to success like having three container ships berth at Calabar port, a first in 11 years.  Similarly, on October 30 2019, an LPG tanker operated by NLNG berthed in Port Harcourt, the first time an LPG ship is berthing at any of the Eastern Ports,” he added.

The president also listed the achievements of the agricultural sector that resulted in the drop in rice import from one billion dollars to 18.5 million dollars annually as well as a boost to local production of maize, cotton and cassava.