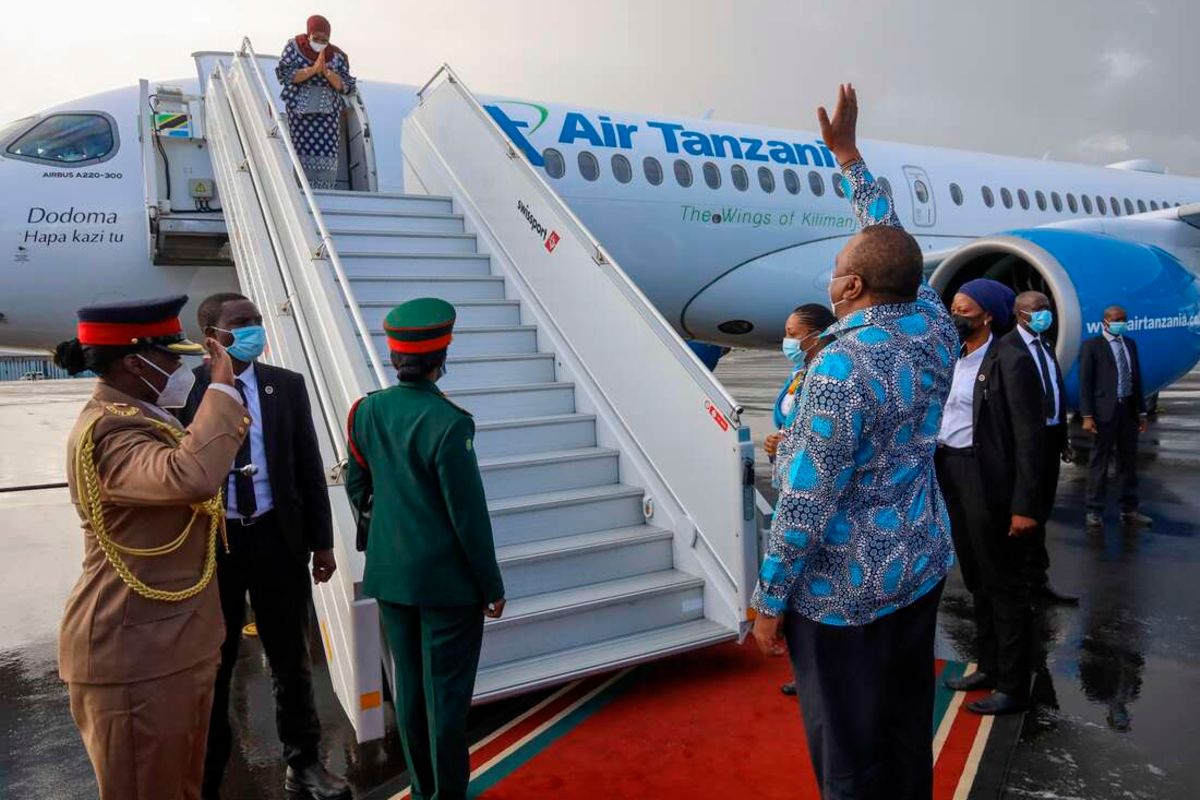 Restrictions have not eased on the Kenya-Tanzania borderpoints of Isebania and Namanga, with six Kenyan fishermen being arrested by Tanzanian police on Wednesday evening.

After President Samia Suluhu and his host Uhuru Kenyatta announced lifting of trade barriers, truck drivers in Isebania are still not being allowed to move freely into Tanzania.

And in Namanga, no maize imports are allowed yet President Kenyatta ordered clearance of trucks loaded with the grain.

Customs officials said they are waiting for communication from Agriculture and Food Authority (AFA) to lift the ban on maize imports.

The authority on March 5 banned importation of maize from Tanzania and Uganda, arguing that the grains have high aflatoxin levels.

“We are waiting for a circular from the AFA authorising us to clear the cargo. Once a trader presents a certificate, we will clear them right away. We now expect businesses to begin importing maize from Tanzania following the President’s directive,” Mr Muywaywa said.

A trader urged concerned government agencies to speed up the clearance.

“We have incurred losses running into millions of shillings since the maize imports were banned five months ago,” he said.

In Isebania, drivers and businesspeople interviewed by the Nation said crossing the border has become an uphill task, with many  being made to wait at the parking bays as goods are loaded.

“We are not allowed to get the goods directly from producers. All we can do is work with Tanzanians who bring them to the  parking yard where we pick them up,” Mr Michael Kamau, a lorry driver, said.

Ms Janet Kemunto, a trader, said importing rice and other cereals has reduced in recent months.

“We now liaise with Tanzanians to import fish and cereals. These are usually brought to the yards. It is so cumbersome and tedious that some people opt for illegal routes,” she told the Nation yesterday.

The fishermen were taken to Sota beach in Northern Mara district.

“We sent representatives to seek the release of the boats and the men and they were told to pay the amount. The boats had the day’s catch and other fishing gear,” Mr Maulid said.

He expressed disappointment as the arrests took place when the President Suluhu was in Kenya.

“The arrest of Kenyans by Tanzanian security officers has not been addressed. The government should assure us of our safety,” Mr Maulid said.

Muhuru Bay Ward Representative Hevron Maira said the arrests are an insult to the bilateral talks and assurance of free movement of goods and people between the two countries.

“We too are tax-paying Kenyans. The decisions by the presidents should be felt by common people, especially those on the border,” Mr Maira said.

Kenyans importing goods from Tanzania must get personal identification numbers, making may rely on middlemen.

“Tanzanian authorities have tightened the noose following the AFA directive. Business has been affected and stores in Isebania are almost empty,” a Kenya Customs official said.

Nigeria now wants Twitter, others registered before talks on ban

EU reportedly turns down purchase of Johnson and Johnson vaccine

Surviving the new CEO: How managers can keep their jobs