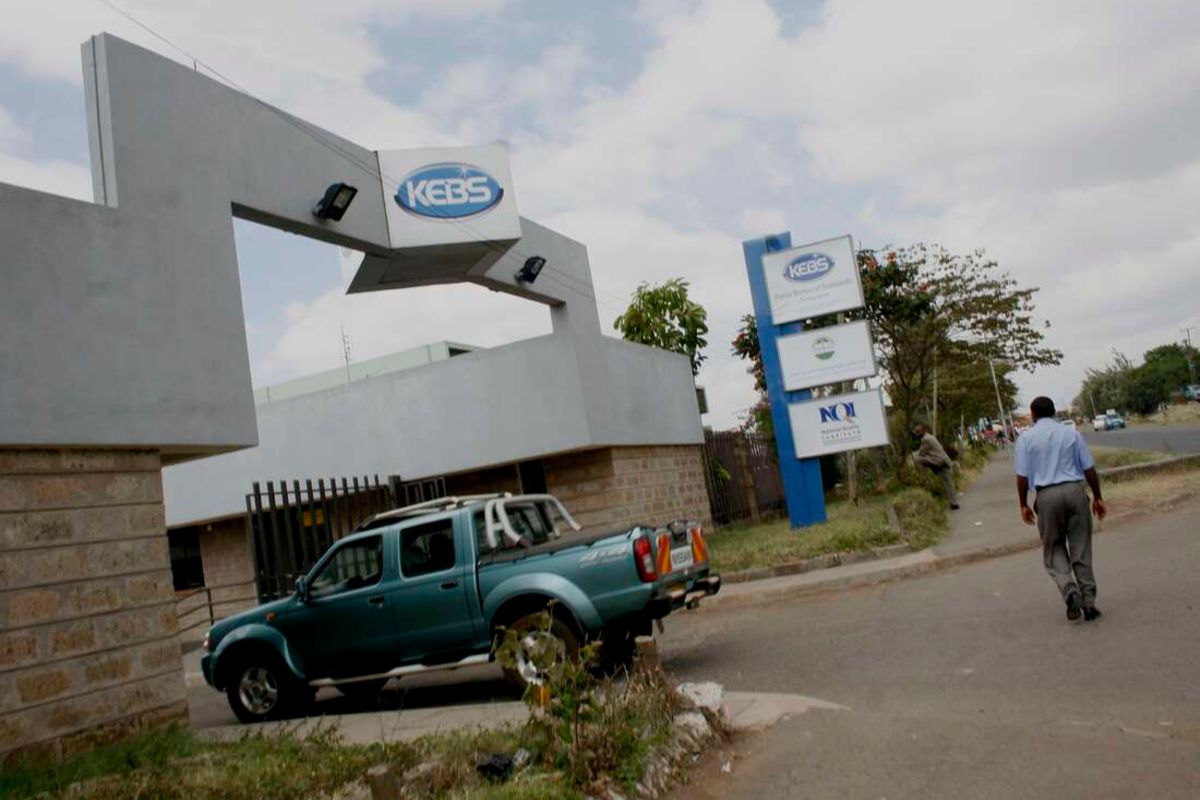 As the Kenya Bureau of Standards (Kebs) and representatives of bidders settled on Wednesday to open tenders for pre-export verification inspection of conformity (Pvoc), all seemed well.

But looks can be deceiving as it emerged that long before the tenders were opened, rival bidders had been scheming to discredit their competitors for the lucrative contracts.

At the Public Procurement and Regulatory Authority (PPRA), a debarment application is pending. The Directorate of Criminal Investigations (DCI) is also investigating alleged fraud and claims of misrepresentation by two bidders who participated in past Kebs tenders.

In a quest to gain a competitive edge over rivals, bidders and proxies are throwing everything available to discredit competitors, especially in the ongoing Pvoc tendering for used motor vehicles and motor vehicle spare parts.

The Pvoc tenders were opened on Wednesday after two extensions ordered by the Public Procurement Administrative Review Board (PPARB).

At the close of the submission of bids on Wednesday, only four companies submitted bids for the Pvoc for motor vehicles and motor vehicle spare parts. They are Quality Inspection Services Japan (QISJ), Auto-Terminal Japan (ATJ), East Africa Automobile Services (EAA) and Wilnar International Company.

For pre-export inspection of other goods other than motor vehicles and spare parts, 16 companies are competing.

Kebs hopes to give the tenders to more than one company to break the monopoly in the pre-export inspection. However, over the years, the tenders for pre-export verification of motor vehicles and other goods destined for Kenya has often attracted intense bidder rivalry because of the fees that the successful companies charge to conduct the inspections. Political figures have been accused of having interest in some of the biding companies thus heightening the lobbying for the lucrative tenders.

Between February 2018 and September 2020, Kenyans imported 214,771 vehicles including agricultural tractors, bulldozers and other off-road vehicles, according to Kebs invitation to tender document. By inspecting the 214,771 vehicles the firms that had the Pvoc contract earned $34.3 million (Sh3.7 billion), from which Kebs earned at least Sh1.3 billion in royalties.

In the current contract cycle, QISJ was initially the single provider of the motor vehicle pre-shipment inspection services for Kebs. However, that stranglehold was broken in 2020 when Kebs brought on board ATJ and EAA in the last year of the contract cycle.

The tactics already at play now point to a fierce bidder fight for the multi-billion shilling three-year contract.

A Kenyatta University economics lecturer, Dr Charles Nzai, and the Auditor-General, applied for the debarment of Auto-Terminal Japan on grounds that it had submitted false information regarding its qualifications, and that the company has falsified documents in all Kebs tenders ATJ has participated in since 2011.

The allegations stem from a controversial special audit report by the Auditor-General that recommended barring of EAA Company and Auto Terminal Japan Company, accusing them of forging documents and misrepresenting themselves in the tender that was later awarded to QISJ.

Arising from the special audit report, the National Assembly’s Public Investment Committee (PIC) also conducted contentious investigations and also recommended that EAA Company Limited and Auto Terminal Japan (ATJ) be barred from engaging in vehicle inspection tenders. But in October 2020, High Court Judge Pauline Nyamweya stayed the implementation of parts of the PIC. Both EAA and ATJ have raised questions about the validity of the report, arguing that it was prepared outside the timelines and also that the officer from the Office of the Auditor-General who conducted the audit was conflicted.

Despite an ongoing investigation by the DCI on the alleged fraud as recommended by PIC, Dr Nzai initiated the debarment proceedings before the authority on April 1.

ATJ on April 15 and May 5 filed notices of preliminary objection, saying that the Auditor General has lacks the mandate to make recommendations on tendering processes.

Dr Nzai told the Nation that he has no private interest in the tenders but admitted that he has been called by some of the bidders.

“Of course I am interested, but as one who advances public interest. I consult, I train and audit procurement processes and it is true some companies have called to ask me to work with them,” he said.

Kebs advertised the Pvoc tenders both for used motor vehicles and spare parts, and for other goods on January 19 and the original closing date of February 10 was extended to February 25. However, through his company, Five Blocks Enterprises, Dr Nzai successfully petitioned PPARB to have Kebs amend the tender. With the PPARB decision, the bidding was extended to March 24.

However, a day before the closing in March, Five Blocks Enterprises again went back to PPARB alleging that Kebs had failed to follow a directive by PPARB that it, among others, unbundle the tender into lots so that it can award the tender to several bidders.

This second application for review was also successful and the bidding period was extended to May 5 at 11am. Now Kebs’ evaluation committee will be looking at the bids before recommending on a firm or multiplicity of firms to undertake the Pvoc assignments for the next three years.