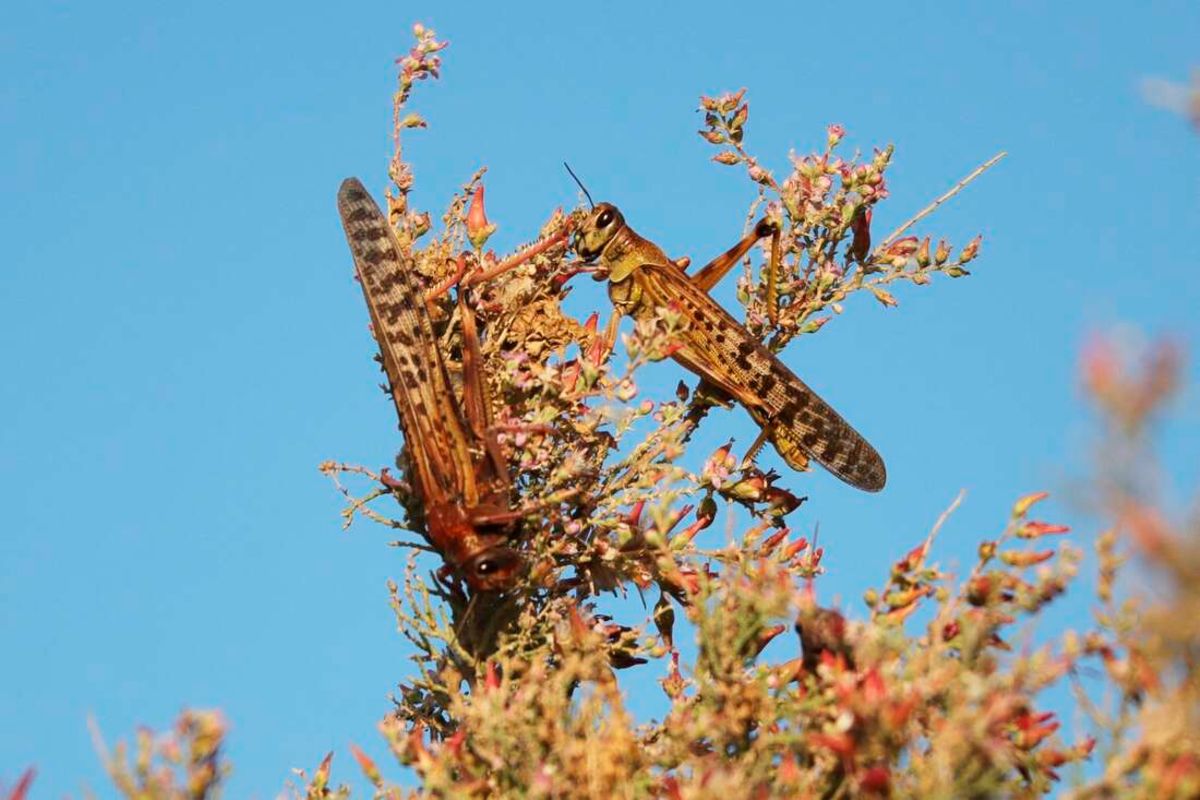 Agricultural experts have declared Kenya free of desert locusts, at least for now.

Two waves of the insects hit the country starting in November 2019.

The pests reappeared after a 70-year absence.

Collin Micheni, director of plant protection and food safety at the Ministry of Agriculture, attributed the eradication to both climatic effects, especially the direction of wind, and interventions from the ministry and its partner agencies.

"There are no traces of the desert locust eggs in the country. They were all destroyed by the chemicals sprayed on the affected areas," Mr Micheni said.

With only a small number of locusts in neighbouring Somalia, Eritrea and Ethiopia, he said, Kenya is safe for now.

Desert locusts, he said, depend on the movement of wind. Monsoon winds are currently blowing from Kenya and Somalia towards the Middle East.

“In (Somalia, Ethiopia and Yemen), we are hearing there are some locusts there. If the wind changes direction, we will be at risk of another invasion,” he said.

“If the desert locusts are not controlled completely in neighbouring countries, they might find their way to Kenya. We are hopeful our neighbours will deal with the invasion,” Mr Micheni said.

When the locusts first invaded Kenya in November, the country was caught off guard, with limited skills to control the plague.

“When they came, people were not sure what to do. We were able to manage the first wave, and the second wave came in April last year,” he said.

With lessons from combating the insects, Kenya has set up six desert locust stations in collaboration with partners in three frontier counties - Wajir, Mandera and Garissa.

The stations are equipped with pesticides to be deployed when the pests invade.
The insects can be controlled from these stations before they get into settlement areas.

“When desert locusts get into your settlement area, it is not easy to control them. You have to find a place to send them so that you can spray them free from people and water masses,” Mr Micheni said.

Food Agricultural Organization Deputy Country Representative Hamisi Williams noted that it took great effort by the government and other partners to battle the locusts.

An app called eLocust3M helped pinpoint the exact location of the desert locusts before sprayers were deployed.

“We have been able to equip the stations with technological gadgets such eLocust3M, which is able to track and monitor desert locusts across its range,” Mr Hamisi said.

There is also the eLocust3G, which can survey the locusts using satellite technology.

“Kenya is the first country in the Horn of Africa to process information on desert locusts here locally without depending on information from Rome,” he said.

To prepare for future invasions, the government and FAO are training young professionals in desert locust management in some counties.

Apart from deliberate efforts to build human capacity, they also want to establish a team dedicated to responding to desert locust invasions.