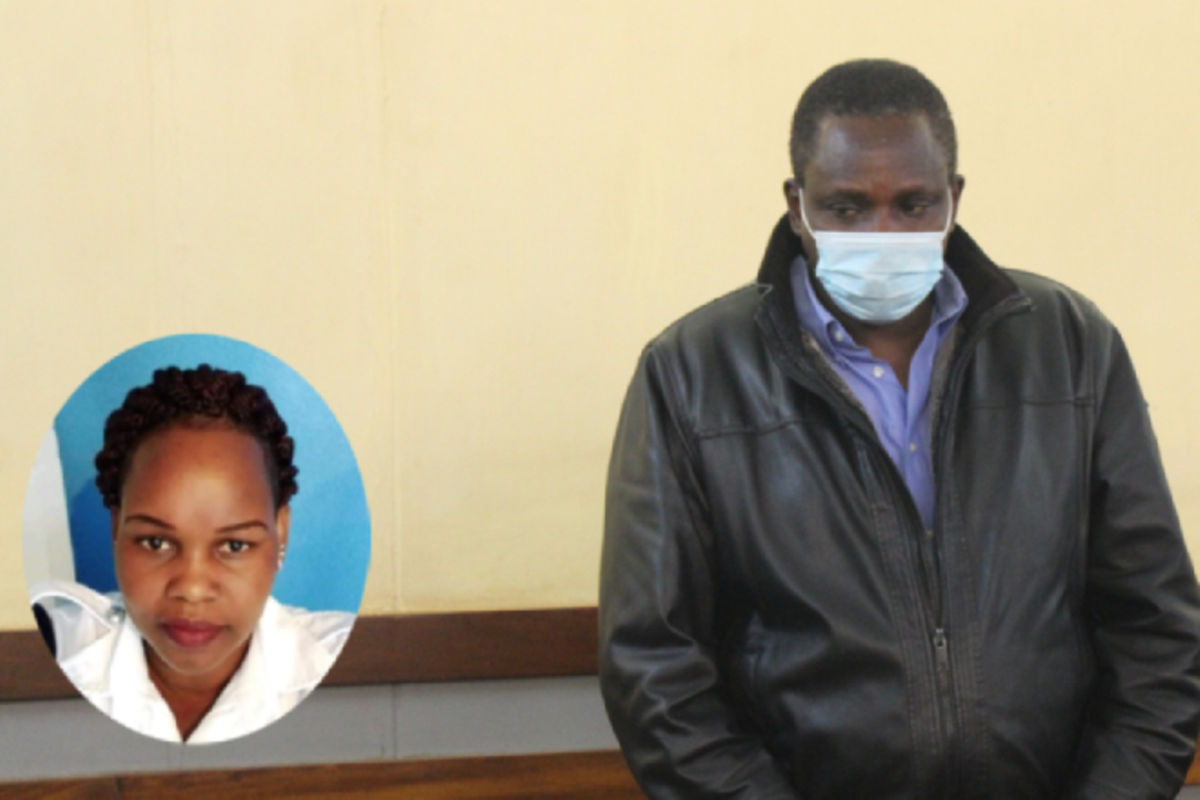 A Kitale-based businessman who shot a woman after ‘mistaking’ her for fugitive policewoman Caroline Kangogo has been found dead in his Kiminini home, Trans Nzoia County.

The lifeless body of 58-year-old Kennedy Muyundo was found lying on the floor in his bedroom, half naked, on Tuesday afternoon.

According to his mother, Mrs Florence Muyundo, 74, his workers informed her that their boss had not woken up after coming back home on Monday around 12am and neither was he responding to telephone calls.

"They went to wake him up since they were supposed to go for an outside catering job but found the doors locked from the inside and assumed that he was still asleep. Time went by up to later in the day but still had not woken up," she told the Nation.

This prompted her, with the help of the two workers, to break the door only to find his lifeless body lying on his bedroom floor half naked.

She informed officers at Kiminini Police Station who visited the scene and found assorted drugs and juice in his bedroom.

The cause of death is yet to be established.

However, Mrs Muyundo explained that her son had been ill for a while and was on medication.

She added that the July shooting incident disturbed his son a lot and had led him to excessive drinking.

"My son has been sick for some time. First he had Covid-19 then blood clot problem and he has been on medication. The shooting incident only made things worse,” she said.

In July, Mr Muyundo, who was a licensed gun owner, was involved in a gun incident with Ms Phanice Chemutai Juma, 20.

Mr Muyundo had told the police he shot Chemutai on suspicion she was the fugitive Caroline Kangogo, who was being sought in relation to the killing of two men in Nakuru and Thika.

Mr Muyundo was released on Sh200,000 cash bail after he denied charges of attempted murder before Chief Magistrate Julius Ng'ang'a after he was arraigned at the Kitale Law Courts.

Appearing for the suspect, criminal lawyer Cliff Ombeta requested the court to release the accused on bond, saying that his client was unwell and needed to seek medical attention.

He said his client never intended to cause any harm to Ms Chemutai even as he requested more time for his client to recuperate before the case is brought for mention.

On Monday evening, Mr Muyundo was seen at a local club jovial and happy to buy a drink to anyone who cared to take his offer.

He was the owner of Iroko hotels in Kitale town.

His wife was not around during the incident since she has traveled to the United States.