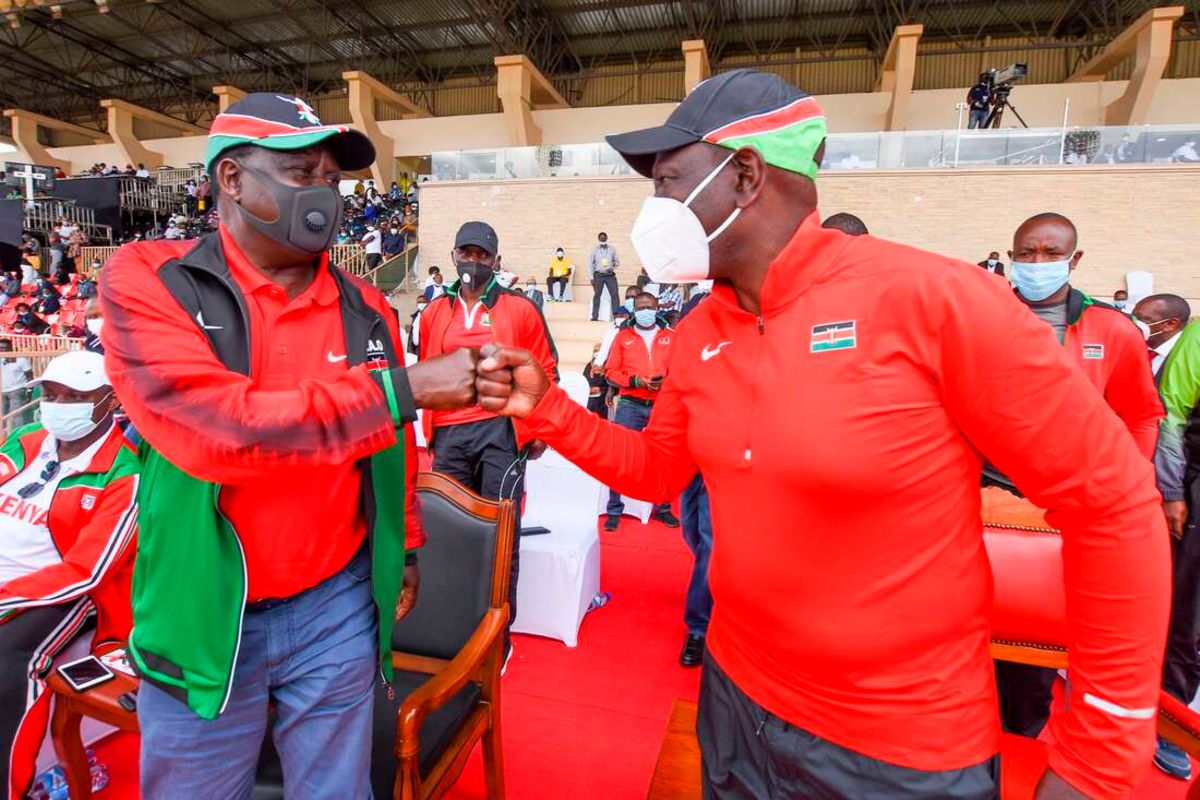 Sir Winston Churchill, the British imperialist, was known for many pithy wisecracks. Two of those are particularly poignant as Kenya stares the cliff of 2022 in the face. In the first, he quipped that “democracy is the worst form of government, except for all others that have been tried.”

In the second, he opined that “the best argument against democracy is a five-minute conversation with the average voter.” At first blush, the two witticisms appear to be in tension. But a more sophisticated mind reveals that they are mutually reinforcing. The two phrases should sound a five-alarm fire as next year’s presidential election beckons. I don’t know about you, but I can see great peril and danger ahead.

Only a fool sits – not moving a limb, or exercising a mind muscle – if an apocalypse is predicted. Like Russian roulette, there’s one bullet in the chamber and it’s approaching zero hour when the gun will be discharged. Only one of two things will happen – for sure as the sun rises in the east and sets in the west. The bullet will either hit its target, or fire a blank, allowing the intended victim to live another day. That victim is Kenya. Kenya is a land of vast contradictions sitting on very narrow real estate. One of those contradictions resides in Kenya’s inability to conduct legitimate presidential elections. This is what election wonks call “free and fair” elections.

I prefer “legitimate” elections to “free and fair” elections, for the latter is an empirical and normative impossibility. Elections can only ascertain the “will of the voters” not whether they are “free and fair.” “Legitimacy” speaks to the appearance of the process if the outcome is viewed as representing the will of the majority. This means there must be very few distortions of the process so that even the vanquished “feels” that he, or she, was walloped squarely. It means the margin of victory must be large enough so as not to be impugned. In plain language, I want to see a clear win next year. I don’t want to see “Meru” votes flooding the server long after midnight.

Why is this such a concern to me? It’s because we’ve got an unprecedented volcanic cocktail in the mix. A fissile situation is being prepared. It could be atomic. For the first time in the country’s short history, a deputy is going for the top seat against the will of his boss. The boss has categorically stated he will not hand power to the deputy. Only those who are hard of hearing haven’t got the message. The deputy has bared his fangs and as much as told his boss to go jump into the lake. Remember in any democracy, even in the United States, the deputy defies the boss at his or her own political peril. Kenya isn’t different.

Unless you are a dumbo, you know Jubilee’s Uhuru Kenyatta has decided who shouldn’t succeed him. But he hasn’t said who, or which coalition, he prefers as his successor. If they say that the signs of rain are the pregnant clouds, then your guess is as good as mine. I know – I know. It’s the voters who decide who will be elected president. Because I am cynical and jaded, I will say “yeah, right”. Except there’s likely to be a difference in 2022. ODM’s Raila Odinga, who’s been rigged out in the past, may – may – not be rigged out next year. That doesn’t mean he will win. But it means that the counting will be in true maths.

On the side opposite, one has to assume that if Mr Odinga runs, his challenger will be Deputy President William Ruto. Mr Ruto is wily. He’s a student of the Moi-Kanu kleptocracy. In nine years, he’s been a key dominant part of the state. In fact, in the first five years – before Mr Kenyatta dumped him – Mr Ruto near ran the state. So, you can assume he knows how the “Deep State” works and has his factotums in there. He will do everything to make sure the maths – whether true, or false – come out his way.

The man from Sugoi has been visibly angry on the campaign trail. Often, he tells the truth by accident. Will he capitulate?

My view is that assuming the contest pits Mr Odinga, Kenya’s most prominent liberator, against Mr Ruto, Kenya’s most questionable politician, then all bets are off. I can see flashes of 2007/2008 if Mr Ruto is declared the loser. Will he concede? This is why Kenya has to prepare now to prevent an apocalypse. To do so, the country must be as transparent as possible in the electioneering period and open to scrutiny on the day of balloting and counting. This will give all and sundry confidence that the election was “legitimate” and that the outcome must be accepted by the contestants and the general public. Otherwise, we are sunk.