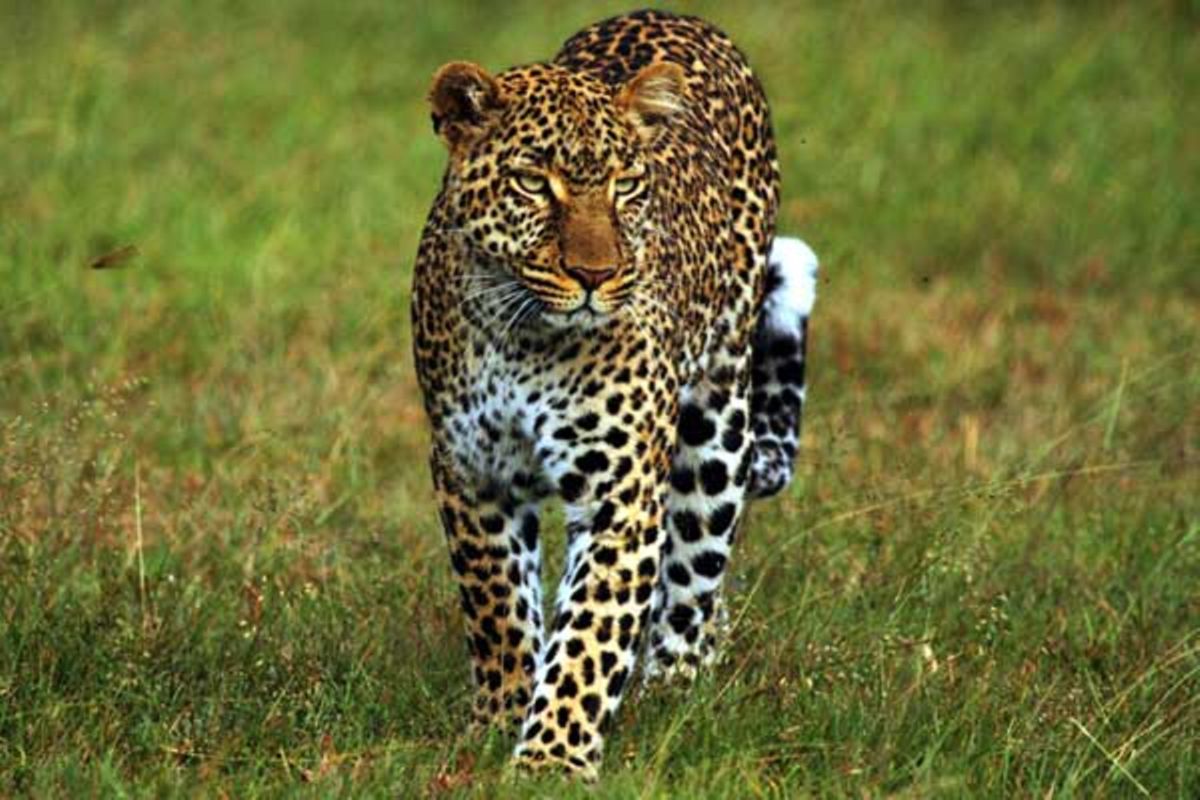 The management of Maasai Mara National Reserve has suspended a tented camp and its client for flouting park regulations by allowing a close interaction with a leopard.

The move came after ‘Big cats of Maasai Mara’ posted a video of a tourist playing with a leopard cub in a vehicle belonging to Oltepesi Mara Tented Camp, with a client filming the interaction in close proximity.

In the video shared widely on social media, the cub is seen clawing on the tourist’s shoes, which Maasai Mara Chief Park Administrator Christine Koshal noted placed the tourists, the driver and the guide in danger.

She said the cub’s mother was nearby.

"The management of Maasai Mara wishes to express its displeasure in regards to the behaviour and mode of conduct of your company within the game reserve," Ms Koshal said in a July 31 notice to Oltepesi, adding it was against park rules and “wildlife conservation ethics as a whole”.

"The management has decided to suspend you ... the client and the vehicle in question indefinitely. I direct sentries in each point of entry to ensure these directives are enforced and take effect immediately.”

Kaps, which is Maasai Mara's ticketing agent, was asked to ensure "no transaction whatsoever" with the parties until further directives were issued.

What the rules say

Members of the public demanded that the clip be pulled down from social media and the driver, guide and client banned from the park.

“Truly dangerous and trivial. Why do some of the local guides risk this much just to please top-dollar clients,” said one Sam Mwigwi Mwangi.

According to the park’s rules and regulations, human activity interferes with an animal’s natural behaviour. To see an animal behave naturally, one must keep a good distance from it.

The rules say that a distance any closer than 25 meters (roughly five vehicle lengths) constitutes harassment of the animal and is a breach of park rules hence could result in a fine.

“To get a better view, use your binoculars. Never put your guide at risk of being fined or even banned from the park by asking him to drive too close to an animal,” one of the rules says.

The management also says no more than five vehicles shall be allowed at a wildlife sighting. No tourist vehicles are allowed near a cheetah lair (den) and they must all keep a minimum distance of 30m at a sighting.

Predators on a kill are not to be enclosed by vehicles as this means they can’t detect approaching danger.

The Mara Reserve – with the exception of a conservancy called the Mara Triangle – does not limit the number of tourists that enter the park per day, and the number of vehicles at a predator sighting.

It’s therefore not uncommon to see more than 30 tourist vehicles at a sighting.