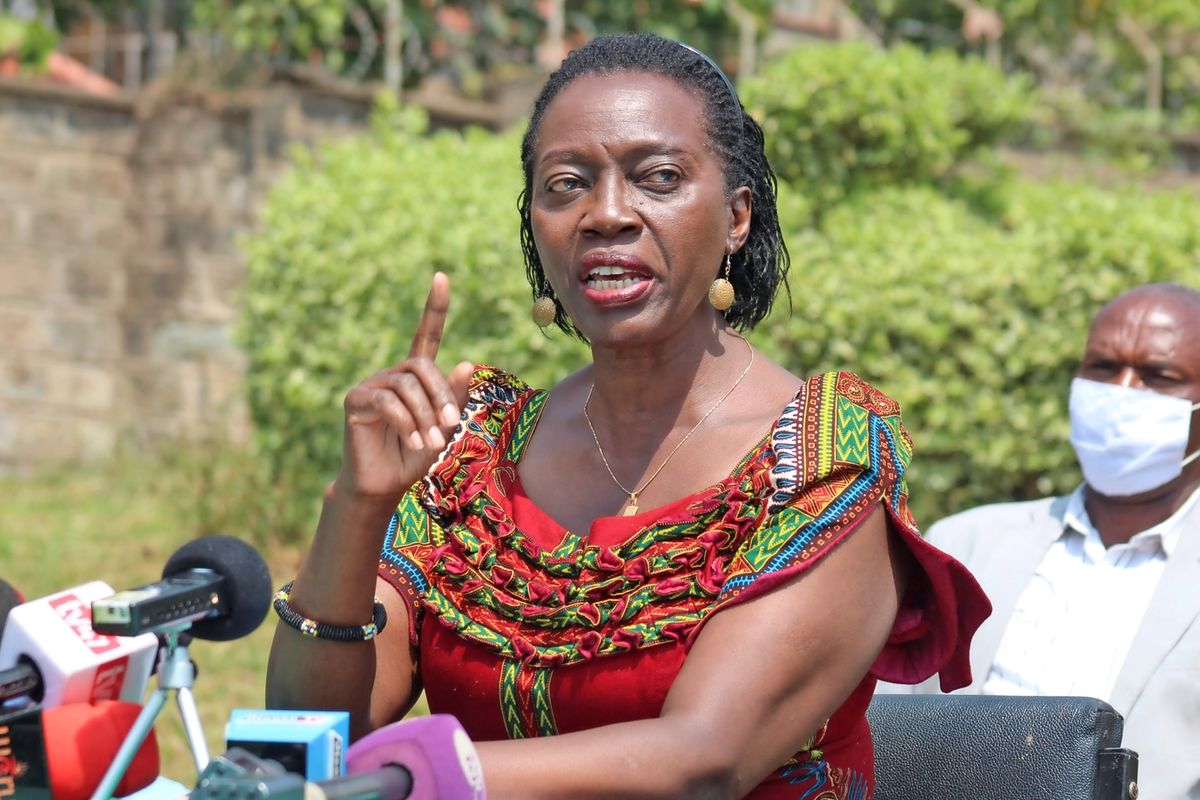 A court has directed the office of the Director of Public Prosecutions (DPP) to respond to Narc Kenya party leader Martha Karua's request for permission to privately prosecute six people over electoral offences allegedly committed in Kirinyaga County during the 2017 governorship elections.

The order was also directed to three officials of the Independent Electoral and Boundaries Commission (IEBC), led by Kirinyaga's returning officer, who Ms Karua wants to privately prosecute over alleged neglect of duty.

The DPP is also expected to respond on behalf of the Directorate of Criminal Investigations (DCI), which is listed as a respondent in the application.

The matter will be mentioned on May 20 to confirm whether the DPP and the IEBC officials will have filed their responses.

More on this: Karua goes for Jubilee, IEBC staff with lawsuit

In her court papers, Ms Karua says her decision to pursue private prosecution was prompted by the DPP and DCI's failure to act on her complaints in relation to the alleged electoral offences.

The court papers indicate that on May 9, 2018, the former Cabinet minister wrote to the DPP seeking criminal investigations against those found culpable for the theft and loss of her video evidence, which purportedly showed a Jubilee party chief campaigner bribing voters at Kangaru primary school.

Through lawyer Gitombu Imanyara, Ms Karua says DPP Noordin Haji had informed her that he would issue appropriate directions once the courts made conclusions in a petition in which she challenged the election of Governor Anne Waiguru.

Her December 18, 2018 letter to the DCI, seeking investigations into the alleged acts of voter bribery and neglect of official duty by IEBC officials, is also yet to be addressed.

"Maintaining a more-than-usual and reasonable reticence, however, the DCI has failed, refused, neglected or exhibited inordinate and unreasonable and inexplicable delay to investigate (and the DPP to prosecute) the six people for the disclosed electoral offences," says Mr Imanyara.

According to him, the delay by the State agencies violates section 22(1) of the Election Offences Act, 2016, which requires the DPP to commence the criminal proceedings within a year of the election.

"Unless the six people are prosecuted now, there is a clear likelihood of a failure of public and private justice in this case. This court will take judicial notice that on November 30, 2020, the East African Court of Justice held that Kenya violated Ms Karua's right to fair hearing and access to justice by not hearing her petition on merits," reads the court documents.

The lawyer further argues that Ms Karua stands to suffer a double wrong if the private prosecution is not allowed.

He also says that without a private prosecution, the injustices against his client during the gubernatorial election will go unpunished.

Mr Imanyara adds that the delay and refusal by the DPP may embolden other electoral officials to act with impunity and threaten the integrity of future elections and referenda.

In the court papers, the lawyer says the two senior IEBC officials in Kirinyaga neglected their duties by ignoring information on alleged tampering of sealed ballot boxes by Angela Wanjiru Maina, who was the presiding officer at Ciagini.

He adds that Mr Seki and Mr Maingi ignored complaints of voter bribery and canvasing and also failed to report commission of the electoral offences to the IEBC.