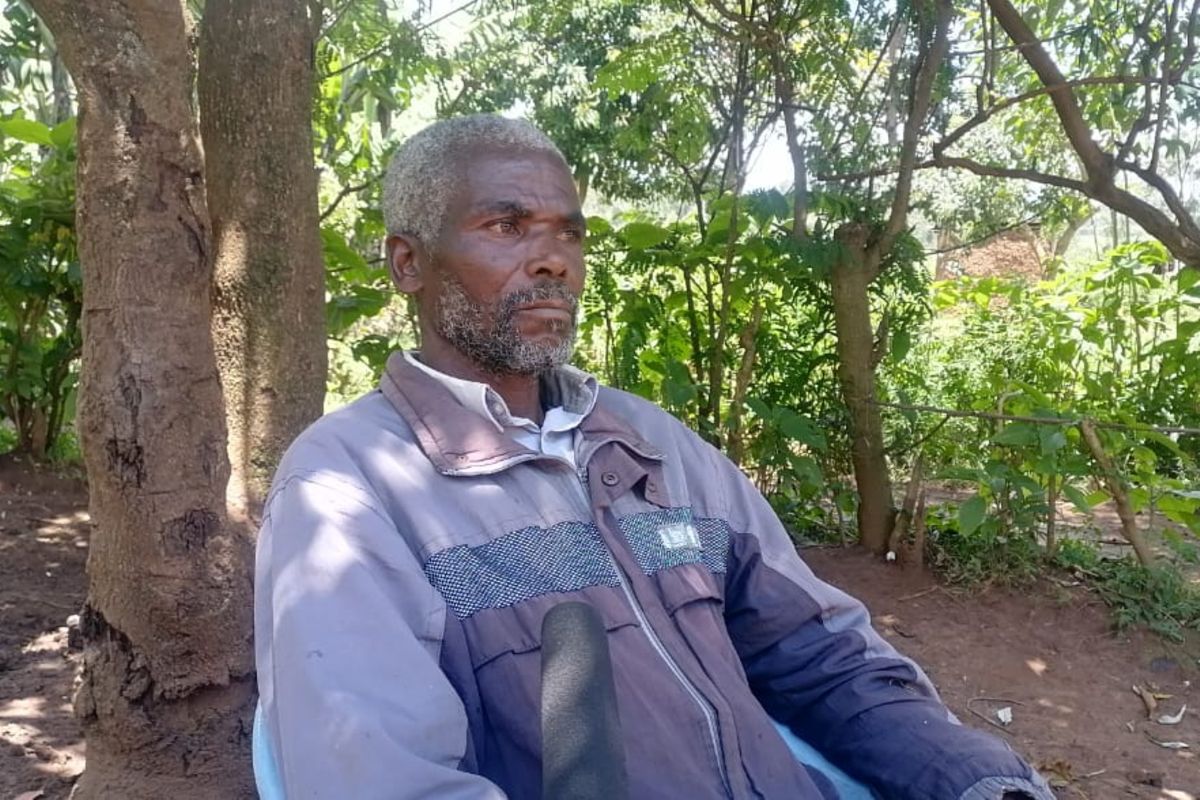 The father of lynched self-confessed serial killer Masten Wanjala has apologised to the families of children who were murdered by his son.

Masten was on Friday lynched by an irate mob at Mukhweya village in Bungoma County.

Mr Robert Wanjala Watila claimed that his son might have been introduced to a cult at a young age. He has asked the government to allow and assist him bury his son.

"It’s painful, very painful that my son was killed like a dog, I did not go to view his body after he was lynched,” he said.

The body of Masten was flown to Nairobi by detectives from the homicide team led by Mr John Nyuguto.

Mr Watila said that now that his son is no more, the family has a responsibility to bury his body.

"I tried to go to the scene where my son was lynched but after walking for about twenty metres, I was overwhelmed by emotions and I returned to my house,” he said.

He asked parents to be close to their children and ensure they acquire good morals.

"My son was brought to me when he was 18-years-old, I tried to enrol him in school but he refused, he only wanted to play soccer," he said.

Following Masten’s lynching Kamukuywa village residents have accused the police of sleeping on the job after the suspect sneaked out of their custody.

Speaking to Nation.Africa Erick Wanyera said that the public was reading a lot of mischief in the circumstances under which the deceased escaped and travelled over 400km to Bungoma without being arrested.

He called on the government to compensate the families who lost their loved ones due to Masten’s criminal actions. He urged parents to be vigilant in case Masten had accomplices.

Mr Daniel Simiyu said the government should compensate the family of Mr Haron Ajega who lost property worth millions of shillings after angry residents torched his seven houses.

Read: Self-confessed child killer shows where he buried his victims in Bungoma

Mr Ajega had been accused of being behind the death of Emmanuel Wafula, 13, whom Masten had confessed to killing. The body of the minor was found dumped in a pit latrine in Mr Ajega’s home.

An angry mob forced Mr Ajega to vacate his land or be lynched. He allegedly developed high blood pressure before he died in July last year at Webuye County referral Hospital.

Bungoma County Commissioner Samuel Kimiti has called on residents to report crime suspects to the police instead of lynching them.