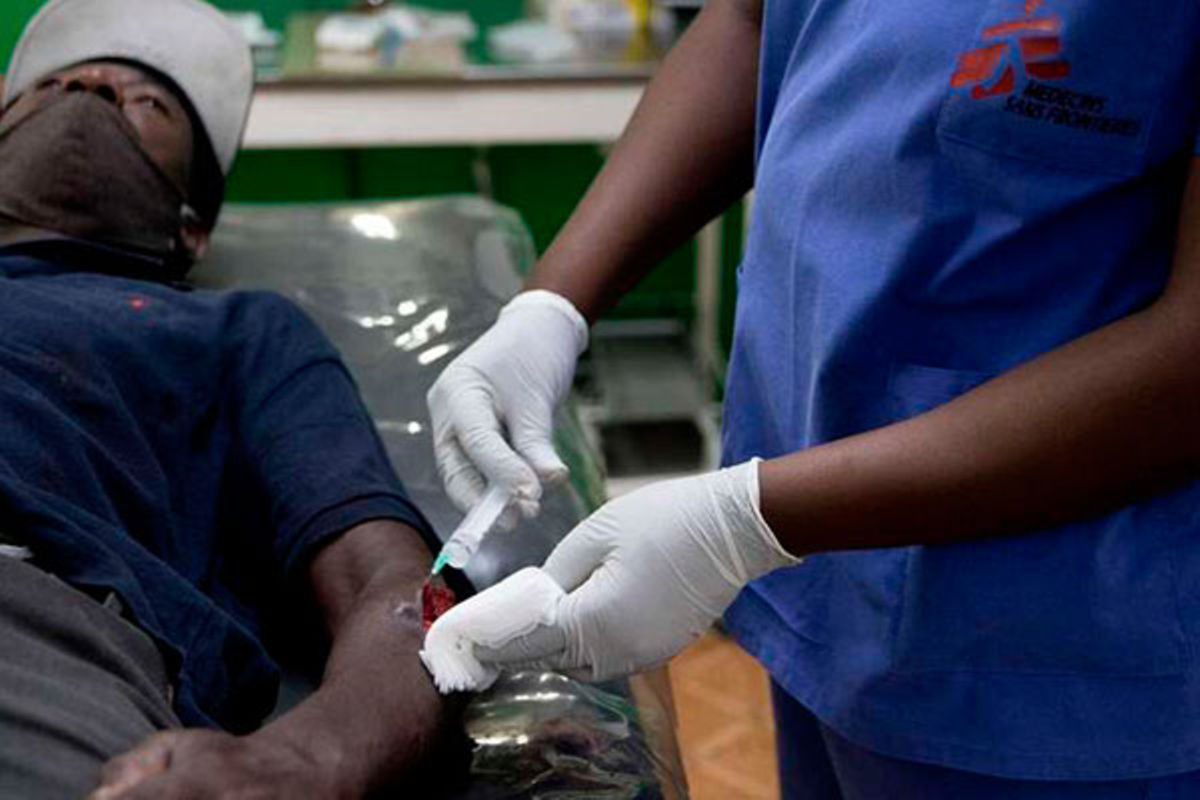 Medical charity Médecins Sans Frontières/Doctors Without Borders (MSF) will withdraw its services from the anglophone region of Cameroon after months of fruitless negotiations with government authorities to lift a ban on its operations.

The charity, which was suspended for nearly eight months, was seeking the greenlight let it continue providing healthcare to thousands of people affected by a long drawn-out conflict between armed separatists and government troops.

But in a statement issued on Tuesday, MSF said it was pulling out its teams from the North West, one of two anglophone regions in Cameroon that has been gripped by a bloody conflict since 2017.

"We cannot stay any longer in a region where we are not allowed to provide care to people here," MSF's operations coordinator for Central Africa, Emmanuel Lampaert, said.

Cameroonian suspended MSF’s activities in the region last December after accusing it of supporting local armed groups. The medical charity has repeatedly denied the accusations, maintaining that its operations respect the principles of independence, neutrality and impartiality.

MSF said it has engaged continually with Cameroonian authorities for months in order to find a solution to overturn the ban, taking every available opportunity to provide transparency and clarity on all the allegations that have been issued against them, but that the efforts have been unfruitful.

"Unfortunately, we cannot keep our staff on standby any longer, so we have no choice but to withdraw our teams,” Lampaert said, adding that the suspension significantly reduces access to medical services in an area where communities are badly affected by armed violence.

The conflict began in earnest after government of President Paul Biya, 88, responded to an initial industrial protest against perceived marginalisation of minority English speakers in the country with a military crackdown in 2017.

But since then, many militia groups have sprouted and are engaging the country's military in a bloody conflict. The groups aim to push for secession of English speakers and the creation of an independent country they want called Ambazonia.

More than 3,500 people have been killed, according to humanitarian organisations, and over 712,000 forced to flee their homes as a result of the conflict.

More than 67,000 people have fled across the border and are now living as refugees in Nigeria.

Those fleeing the violence often take refuge in the bush, far from any health facilities, and are vulnerable to malaria, other infections and snakebites. They are often in locations without access to emergency health services including ambulances or even motorcycles.

As the only organisation with 24/7 free ambulance services and one of the few international NGOs offering free medical care in the region since 2018, MSF said it provided care to tens of thousands of people prior to the prohibition.

In 2020 alone and until the suspension of its operations, MSF teams performed 3,272 surgeries, transported 4,407 patients by ambulance, treated 180 survivors of sexual violence and provided 1,725 mental health consultations.