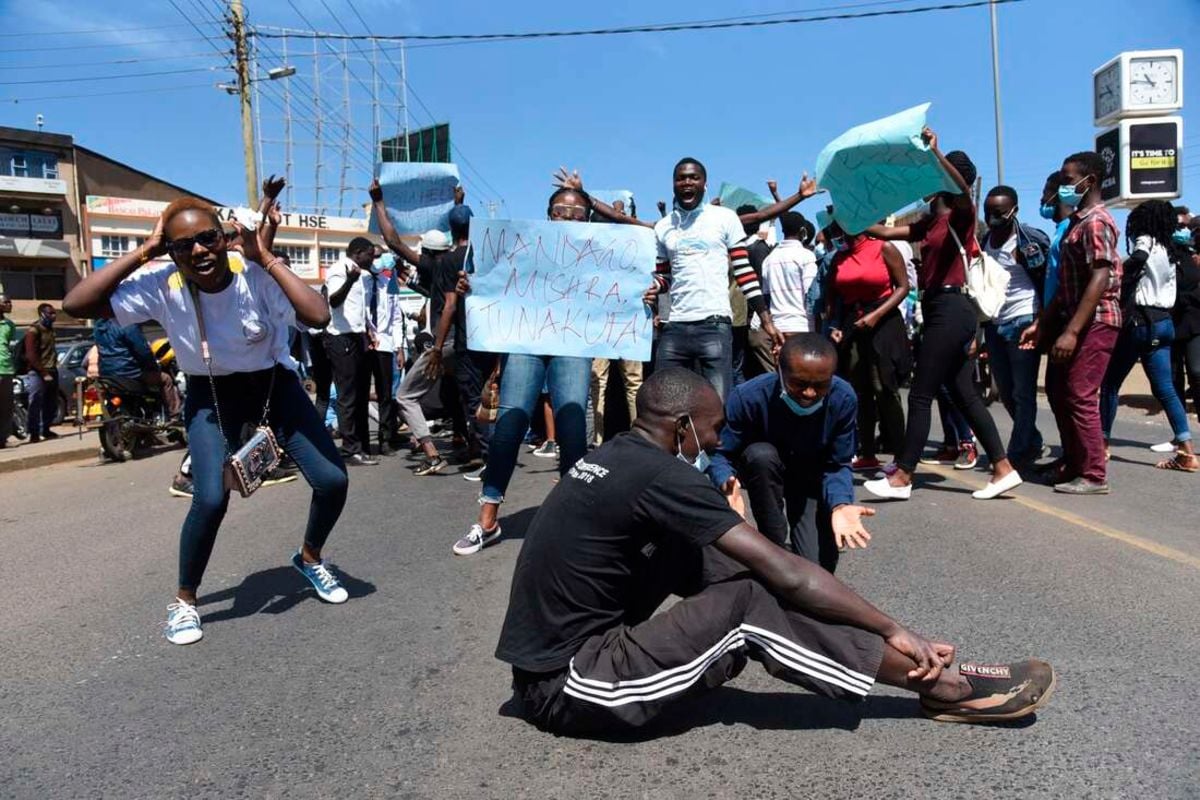 University students may soon start receiving more than five times what they get as loans from the Higher Education Loans Board, Helb, should a proposal by the Ministry of Education and the statutory body be passed.

The principal secretary for University Education and Research in the Ministry of Education, Simon Nabukwesi, and the Helb chief executive officer, Charles Ringera, have petitioned Parliament to consider increasing the funding for student loans that would take the maximum allocation to Sh200,000 per year.

Currently, students receive an average of Sh37,000 annually, an amount the PS and the CEO say is too little for students to pay school fees and cater for their upkeep given the rising economic demands.

Nabukwesi, however, said that the board is underfunded and therefore unable to adequately fund the students.

“Due to low funding, many students missed this year’s loans. Helb is currently giving the students an average rate of Sh37,000, which is not enough. We need more funding to enable Helb to raise the loan allocation to Sh200,000 per student annually,” said Mr Nabukwesi.

According to Mr Ringera, in the 2021/2022 financial year, Helb plans to finance a total of 74,438 first year university students against 128,073 students that were placed by Kenya Universities and Central Placement Services (Kuccps), leaving out a total 53,635 students under government sponsorship.

Ringera said this is attributed to the available budget for the year, and asked members of parliament to consider allocating more funding to the board.

“Helb understands the need to give funds to all the students who applied for the loans and has requested for an additional Sh4.9 billion to cover the deficit,” he said.

Mr Nabukwesi and Mr Ringera appeared before the Education Committee of the National Assembly two weeks ago, to explain why Helb is yet to release funding for the students joining universities and other institutions of higher learning for the 2021/2022 academic year.

Homa Bay town MP, Mr Peter Kaluma, had also asked the ministry to explain why the University of Nairobi first year students were not funded before their reporting date. Ringera said Helb invited loan applications for first time applicants on July 19, 2021, however, the students could not immediately make applications because they were yet to be placed and that the placement results were released a month later on August 17, 2021.

He added that universities commenced admissions a week after placement, which implies that students did not get sufficient time to make loan application requests to Helb.

“Specifically, the University of Nairobi first year students were called to report on August 30, a week after placement and receiving the admission letters,” he said.

Mr Ringera explained that as of October 7, 2021, Helb had received and processed a total of 13,091 loan application requests and awarded loans worth Sh588 million.

“Out of this, Sh247 million was released to 10,897 students to cater for upkeep for their first semester. Some 2,194 students are yet to be paid because they are not in session as per semester opening dates provided by their respective universities,” said Mr Ringera.

He said the payment for the second semester will be released as and when institutions commence their second semester dates. Mr Nabukwesi said Helb is processing and paying loan requests as the applications are being submitted and guided by the semester commencement dates.

“Loan applications are still ongoing and processing is being done as the forms are submitted. Funds are released to students at least two weeks before the commencement of the semester as furnished by various institutions of higher learning,” said Mr Nabukwesi.

On funding of students below the age of 18 years, Mr Ringera was put to task by the MPs to explain why Helb has continued to deny the students loans despite the Education Committee passing a law allowing the students to benefit. According to Ringera, only students with national ID cards are allowed by law to access loans.

“This will be a major setback in sustainability of higher education financing and may call for additional capitation from the Exchequer to bridge the financing gap that may result from non-repayment of the loan,” he said.

However, the committee chair, Florence Mutua, who is also the woman representative for Busia County, said Helb should not deny students loans because of their age.

“We already passed the provision for underage students to be able to access loans and then update their ID numbers once they get them,” said Ms Mutua.

Ringera also told the MPs that Helb is mobilising funds from other stakeholders to be able to give bonds worth Sh5 billion that will enable students to receive funding to buy laptops. He said so far, seven counties are giving a kitty to Helb for the financing of students.