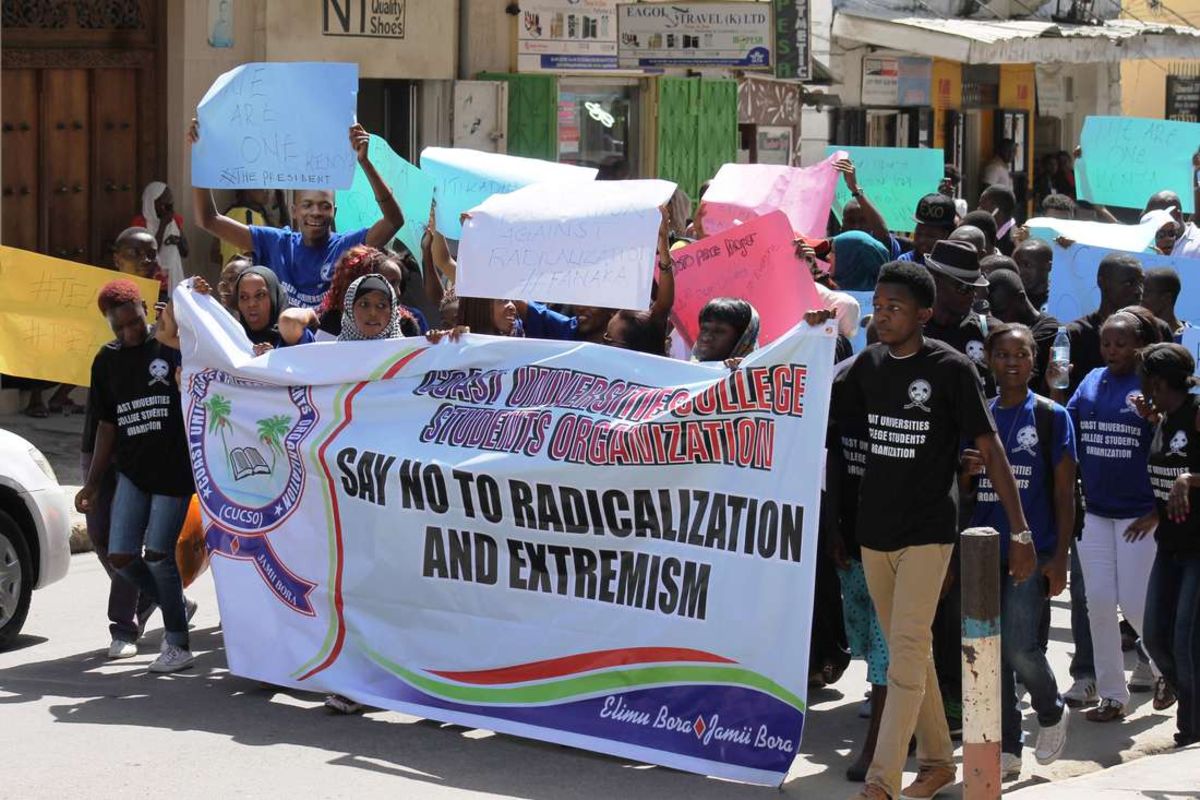 Muslim religious leaders have come up with fresh plans to stop youth radicalisation in the Coast region as extrajudicial killings and disappearances surge.

Imams and ustadhs teaching at madrassas and other Islamic schools have been trained to thwart radicalisation, extremism and other dangerous ideologies.

About 10 years ago, religious leaders could not speak openly about radicalisation, extremism or terrorism without being killed, threatened or branded government or terror sympathisers.

Some religious leaders, such as Council of Imams and Preachers of Kenya (CIPK) chairman Sheikh Mohammed Idriss, fell victim when he was assassinated by Al-Shabaab suspects in June 2014 with claims that he was a traitor and a government sympathiser.

The sheikh, who was a leading campaigner against radicalisation and jihadist teachings in mosques, had previously been threatened when he pleaded with the State to deal with radical youth who wanted to take over the Sakina Mosque, where he was chairman.

“We had fears. We were facing threats from both the State and the terror groups,” said Supreme Council of Kenya Muslims (Supkem) Coast regional coordinator Khamis Mwaguzo.

“We were very scared because we were targeted by the State, which thought we were terror sympathisers, and by terror groups for ‘selling’ them out whenever we spoke openly about these issues.”

Terrorism and violent extremism are a threat to peace and stability in the region but a group of religious leaders, led by CIPK, are now on the forefront championing the fight against the ideologies in mosques.

The leaders are also appealing to young people to refrain from involving themselves in terrorism and condemn those using religion to spread violent extremism.

In an interview with the Nation, Sheikh Mwaguzo said Muslim religious leaders have made strides in resolving security threats.

But nowadays, the leaders are talking about radicalisation and recruitment of young people into violent extremism and terrorism in mosques during sermons and in madrassas.

Madrassas used to be a fertile ground for recruitment and radicalization but religious leaders have worked to thwart the threats. Supkem and CIPK have trained imams and madrassa teachers to ensure they don’t fall prey to the false teachings.

“We thank God that as religious leaders we have resolved to speak openly about radicalisation, extremism and terrorism,” said Sheikh Mwaguzo.

The Supkem official said madrassa teachers are now their eyes and ears to ensure learners are not radicalised.
When they get reports that a madrassa is engaging in radicalisation or recruitment, he said, they always swing into action.

“Most madrassa teachers in the region have been trained … to ensure they protect our children from these emerging threats. The teachers are also speaking about the threats in all Islamic schools,” he said.

“These efforts in religious and educational institutions to deal with these dangers have borne fruits.”

Radicalised youth are also being rehabilitated and later given alternative livelihoods through government funds.
After rehabilitation, the youth are linked to the government to start businesses.

“We have the Youth and Uwezo funds that have been helping many reformed youths. They form groups and are given loans to start businesses,” he said.

“We have advanced. We know the tell-tell signs. You don’t have to join the jihad war, but it’s not about terrorism alone. We are also grappling with juvenile criminal gangs that are very dangerous and are ensnaring our youth.”

Sheikh Mwaguzo said religious leaders are playing a big role but the ball is now with the government to deal with extrajudicial killings and disappearances.

Supkem wants the State to adopt strategies to prevent and reduce radicalisation and recruitment of young people into violent extremism.

Sheikh Mwaguzo lauded the Ministry of Interior for working with religious leaders to deal with the threats.

“We are ready to work with counties and the national government to deal with emerging security threats. Sadly, there’s a gap and mistrust. We are still being seen as sympathisers or enemies of the State,” he said.

He said religious leaders have embraced the initiative.

“There is no more fear. We are also offering guidance and counselling to our youth and directing them on how to have a purpose in life. You don’t have to join the jihad war. We are also giving them alternative livelihoods,” he said.

In the Coast region, more than 30 families do not know the whereabouts of their relatives who disappeared mysteriously.

“As Supkem and Muslims, we do not support killings, citizen harassment by police and torture by police. Those who have contravened or broken the laws should be arraigned to court,” Sheikh Mwaguzo said.

“We do not support the way the State is dealing with terror suspects. We have a Constitution, laws and the Judiciary. Why can’t we allow the laws to take their course?”

He said the State is employing a harsh approach in dealing with suspects.

“If someone is a suspect, you know where he works, why ambush them in their homes in the wee hours of the night, traumatising families, instead of arresting them during the day?” he advised.

Supkem deputy national chairman Shariff Khitamy expressed his displeasure at how the government is handling terrorism.
"People are arrested but when you ask the police they feign ignorance, claiming they are unaware," he said.

He said the Coast region had enjoyed relative peace for a while, only for the ghost of disappearances to start haunting them.

Religious leaders also want lawmakers to come up with policies that will promote integration, combat terrorism and counter violent extremism.

“Peace is paramount but if these acts of terrorism are entertained, then we are bound to fail. It will affect many sectors, including businesses and education, and families will disintegrate,” said

Ustadh Muhammad Sheyba, of Majid Shibu in Mombasa, during a session with young people in the city on renouncing violent extremism.

The madrassa teacher said Islam does not condone extremism, radicalisation or terrorism, urging the youth to shun such teachings.

“Do not be misled by people who want to encourage deaths and bloodshed. Why kill? Let us value the lives of human beings and live in peace,” he said.