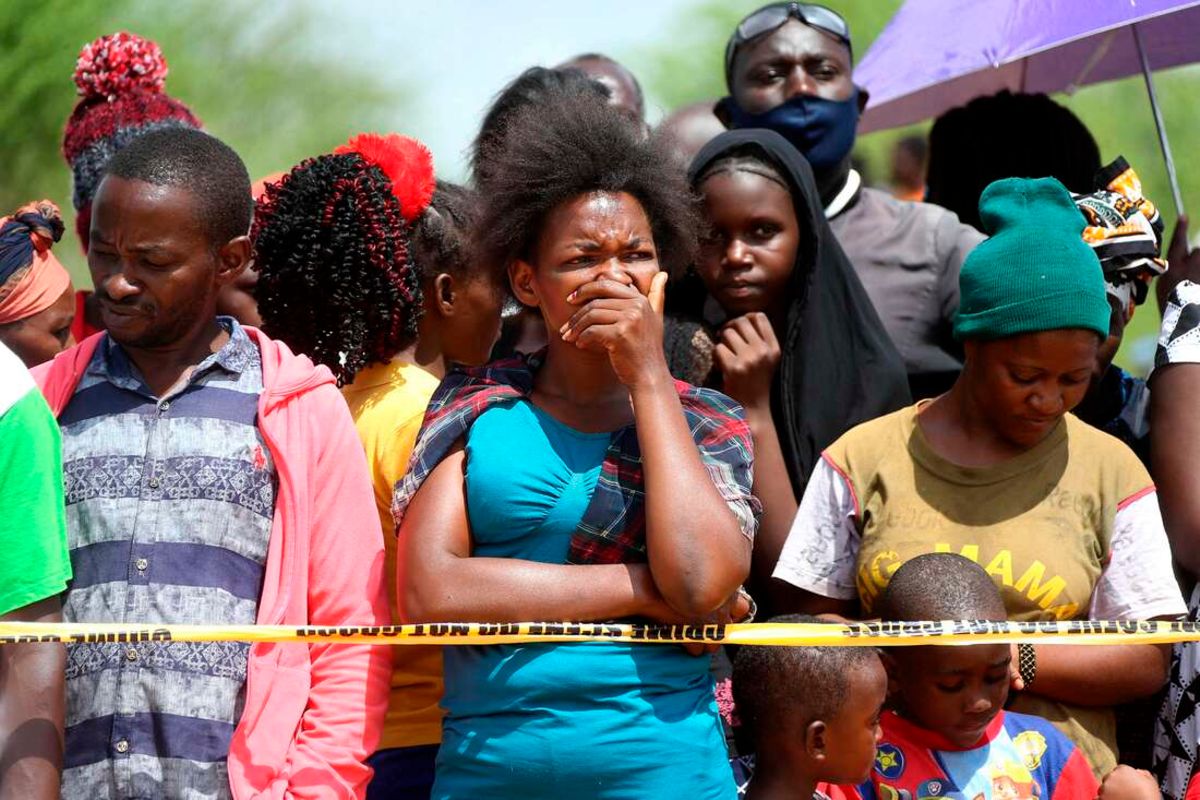 Victims of the Mwingi bus tragedy died a painful death. Survivors of the Enziu River crossing accident recounted harrowing tales of their terrifying encounter with death after the bus was overpowered by raging waters.

The tragedy captured on video showed the bus crossing the flooded river being swept away as screams and wails rent the air.

The video, which went viral moments after the 1:30pm incident, showed brave young men diving into the water in efforts to rescue passengers trapped in the bus moments after it was submerged.

The divers stepped on top of the bus and started pulling the drowning passengers out and managed to rescue 10 people alive.

According to two survivors who spoke to the Nation while recuperating at Mwingi Level Hospital, the bus plunged into the swollen river so fast that they got submerged within few seconds.

Mr Christopher Musili, one of the choir members who survived, said the most tarrying experience was gasping for breath and sight in the midst of flowing water.

“I was seated on the right hand side and I am just lucky to have been pulled out by the divers,” said the 27-year-old bodaboda operator in Mwingi town.

He said people were screaming and throwing hands aimlessly without knowing where they were supposed to go.

“We couldn’t see anything but the passengers were stepping on each other in a desperate attempt to avoid drowning amid flowing waters which were filling our eyes, noses and ears with sand,” said Mr Musili as he fought back tears.

He explained that as the bus was being swept off the bridge, there was nothing the passengers could do because the river was still flooded and they couldn’t jump out because the small windows could not allow.

The survivor added that many passengers were trapped as they attempted to get out through the windows, and that many people drowned in the process.

“Those of us who survived did not stand a chance had help delayed for an extra minute,” he said adding

Another survivor, Mr Simon Kea, recounted how the bus landed into a ditch on the left side edge of the bridge as it navigated the raging waters.

Mr Kea, a nurse at Tei wa Yesu Mission Hospital in Kyuso, told the Nation that the bus slid downwards and overturned immediately before being submerged.

“It was a real encounter with death. We were all submerged deep in the waters. I only felt a hand forcefully grab my shoulder and pull me out through the bus window. I am just thankful to God for sparing me,” said Mr Kea.

After being rescued, they were rushed to Mwingi Level Four Hospital for emergency treatment.
In about one hour, 12 people were rescued while 20 bodies had been retrieved from the school bus including its driver – who had been hired to take the bridal party to the ceremony.