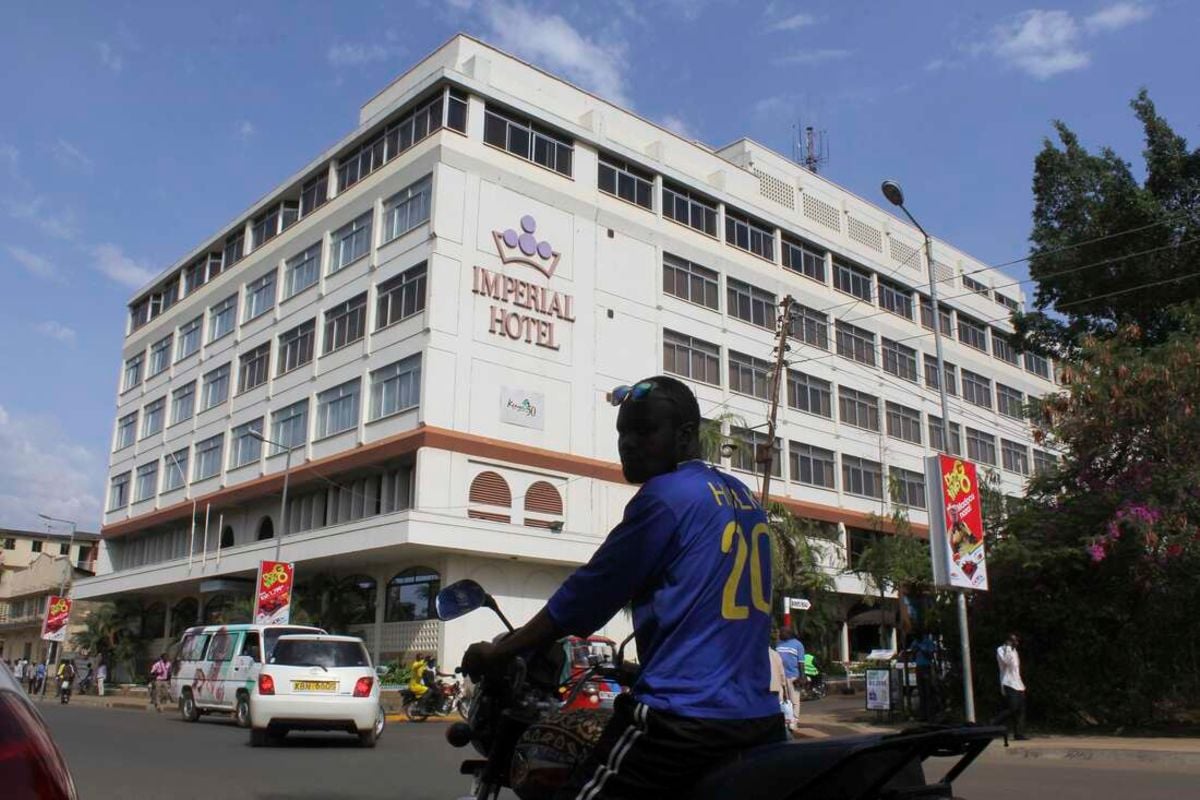 In its heyday, Sunset, one of the oldest landmark hotels in Kisumu and the larger Western region, was revered for its high-end services.

Strategically located in the leafy suburb of Milimani near Impala Sanctuary Park, Sunset was one of few luxury hotels in the lakeside city from the 1970s to early 1990s that was patronised by the who’s who in Kenya.

The 50-room hotel was a flurry of activity and was known for hosting top government officials, conferences and the cream of society.

Today, most of these hotels are struggling to keep up with the fast-changing economic times and are unable to compete with new entrants.

Sunset, especially, has been struggling to keep afloat. In 2016, the 44-year-old State-owned hotel was declared bankrupt after suffering heavy cumulative losses.

In 2019, the government came up with plans to set up an international conference centre on the hotel’s land.

The plans stalled, but the hotel had to temporarily close and lay off some of its staff.

Similarly, the renowned St John Manor Hotel, formerly known as Milimani Hotel, is also on its knees, with the impact of the Covid-19 pandemic only making things worse.

The hotel was formerly owned by one Mr Walter Ominde before its management changed.

The new administrators confirmed that operations are yet to kick off due to accumulated pending bills.

However, Sunset Hotel Manager Risper Chichole says it will be upgraded to revive its lost glory.

Ms Chichole says the Covid-19 pandemic made the matters worse for the hotel.

“The ownership has been handed over from the Tourism Finance Corporation (TFC) to the Kenya Development Corporation (KDC) and there's a committee in place to revive the facility,” she said

TFC wanted to rebrand the hotel into a luxurious 100-room lakefront hotel with a 5,000-capacity convention centre. There were also plans to open it up to the Lake Victoria waterfront for water activities.

Citing a tussle with the county government over the redevelopment plans, TFC had warned investors against bidding for the facility, before it was handed over to KDC.

For Imperial Hotel, another old facility in Kisumu, its owners decided to close shop last year to allow for a facelift.

The hotel, owned by Mayfair Holdings Limited, has invested Sh500 million in the ongoing refurbishment in efforts to keep up with the trends in the tourism industry.

Once completed, the facility will have additional rooms, more conference areas, a coffee shop, and private bars and restaurants on the sixth floor where customers can get an unhindered view of the city and lake while sampling their meals and drinks.

General Manager Michael Kamau told the Nation that they took the decision to rebuild after researching and studying trends in the tourism sector.

"We asked ourselves why we were not attracting younger people. We also realised most of the loyal clients who have been with us are aged and their spending power was getting strained, forcing us to shift our focus to younger people aged between 25 to 35," Mr Kamau said.

The hotel has existed for 36 years. In 2016, the management sought to demolish the apartment section to create 30 more rooms. The hotel now has 100 beds.

"Due to the changing times, competition and new developments, we must up our game to meet our clients’ needs," Mr Kamau said.

“We need a facility that resonates with the ambience and culture of Kisumu, but still retains the Victorian theme,” he said.

Generally, Kisumu is seen as a business tourism destination.

As a result, investors are looking to use the latest technology and investing in interior décor, among others, to attract more customers.

Today, the new kids on the block in the lakeside city such as Acacia Premier Hotel, Ciala Resort, Best Western Hotel, Grand Royal Swiss Hotel, Wigot Garden, Sovereign Hotel, and Mirage Hotel have taken over as the top hotels.

Lake Victoria Tourism Association chairman Robin Anyal argues that failure to renovate and improve services could be the reason some of the old hotels are struggling to keep up with the trends.

“The old hotels need a facelift. The rooms are old and therefore they need to improve their esthetics,” he said.

He added that most of the government staff are reluctant to improve services because they are complacent.

“Unfortunately, some of the staff are comfortable, instead of working towards offering the best customer service. They tend to work with the mindset of family rather than a team,” he said.

He added that investors in the hospitality industry need to keep customers' needs in the back of their mind and study emerging trends.

“Initially, hotels used to buy food items in bulk and keep them in cold rooms. Many customers today prefer freshly made meals as opposed to frozen foods, which most hotels have,” he said.

He proposed that hoteliers should take refresher courses in management, food and beverages and services.