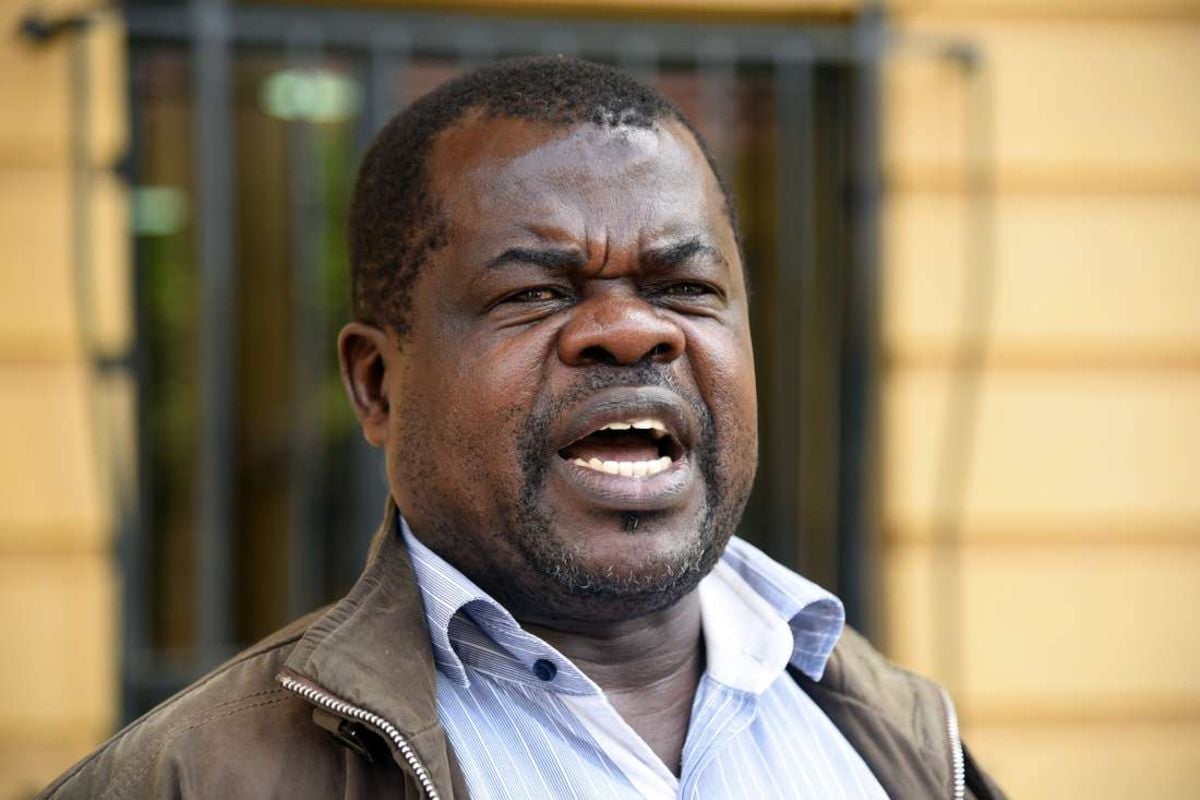 There’s only one Okiya Okoiti Omtatah – uno. Even the name itself is remarkable. Not because you can simply call him Triple O, or Triple Zero because there are many of those – but because it simply sounds both unique and peculiar.

Everything about Mr Omtatah stands out. His sing-song diction sets him apart, as do his deportment and general presentation. His exterior is rumpled, but his essence is determined and well defined. He knows what he wants, and how to get it. Most outstanding of all, he’s outdone every lawyer and institution in Kenya by carving out a perch atop the country’s public litigation universe. He’s Kenya’s most effective and prolific public interest litigator. Let’s call him Kenya’s Public Interest Litigator.

There are people who are born with the knack, if not the gene, for the extraordinary, or paranormal. Mr Omtatah is one of those – a freak of nature, like Mother Theresa. One wonders why such souls do what they do. Perhaps it’s an inner torment that drives them to works of charity, or a self-denying altruism. An inner demon, or angel, that compels them to do good works. Perhaps they would’ve been irredeemable scoundrels, or been victims of a criminal pathology, without their vocation, or calling. They are priests, or shepherds, or fellow men and women. Their reward on earth is pounding the pavement for the benefit of others. Whatever it is, Mr Omtatah is an enigma.

If I was to guess, I would say Mr Omtatah didn’t come from great wealth. He may, in fact, have come from a life of penury, which may explain his attraction to the underdog. The man from Teso South apparently declined admission to the University of Nairobi to pursue a Bachelor of Commerce, and make a tonne of money. Instead, like a lamb of the lord, he went to study philosophy and theology at St Augustine Philosophical School. That path isn’t paved with material gold. Quite the opposite. But he pursued another vocation – as the people’s watchman in the corridors of justice. He became a human rights crusader par excellence. He lives in the precincts of the courts.

Mr Omtatah has publicly disclosed that he launched his “legal” career after a conversation with lawyer Kibe Mungai, my one-time fellow traveller at the Task Force on the Establishment of the Truth, Justice, and Reconciliation Commission. Mr Kibe is an intense young lawyer from a hardscrabble pedigree. I could tell then – in 2003 – that he would make a name for himself. What I didn’t know was that he would inspire an icon. But it was Mr Mungai who advised Mr Omtatah to stop wasting his time petitioning Parliament – viewed by many Kenyans as a House of Crooks – and instead go directly to the courts to vindicate the people’s rights. That’s exactly what Mr Omtatah did. He hasn’t looked back.

As if he was possessed, Mr Omtatah decided to litigate – by suing the state and its agencies – for every injustice he deemed a trampling of basic constitutional or human rights. Among his more celebrated suits have been to stop MPs giving themselves hefty backdated pay raises, stopping the state from increasing fuel taxes to sinful rates, suing to get back grabbed public lands, and pushing back against state snooping – and voyeurism – on private phone conversations. The list stretches from the lake to the sea. Every time I look up, Mr Omtatah has sued the state for something. It’s a miracle how he manages to draft the suit papers largely by himself although he’s owned up to help from several lawyers.

There are a number of key NGOs that engage in public interest litigation. Katiba Institute, which is associated with Prof Yash Ghai and Prof Jill Ghai, and lawyer Waikwa Wanyoike, has done its share. So have the Kenya Human Rights Commission, Fida, Kituo Cha Sheria, and others. But even among this elite group, Mr Omtatah stands out. He’s indefatigable. The shock of it all is that Mr Omtatah has never seen the inside of a law school and doesn’t have any legal training, or qualification, as a lawyer. He’s literally a “street lawyer”. He reads the Constitution and Kenya’s laws and seeks to implement them with the understanding of a simple citizen. He stands “tall” even among lawyers.

I know questions have been raised about Mr Omtatah’s sources of financial support. Critics wonder if he’s a gun for hire. In my mind that’s not a negative distinction, or a scarlet letter, because the majority of lawyers are guns for hire. He’s done more public good than most lawyers. I hope he gets paid by somebody for his service to the country. But even more importantly, I hope the state and Kenyans will honour this man while he’s still with us. He should be feted as a national social justice treasure. He, the people’s advocate, more than others, deserves those public commendations the state hands out to flunkies every year.